On a frosty October day following the August Atlantic City challenge, the MFDP executive committee met at the Mileston community center in Holmes County to discuss the party’s next steps. “After we were not able to convince the 1964 Democratic National Convention that we deserved the Mississippi delegation’s seats, we had to find another way,” recalled Victoria Gray. “Everybody–the leadership and rank and file–was eager to keep up the pressure,” added SNCC’s Stokely Carmichael.

At this meeting, Henry Reeves, from Benton County, motioned that the MFDP challenge the seating of Mississippi’s congressmen when the U.S. Congress convened in January. The motion was seconded by Hartman Turnbow, who proclaimed that the party should use “every available legal resource” to undermine the state’s racist power structure. Hence, the MFDP embarked on a second challenge–a congressional challenge. 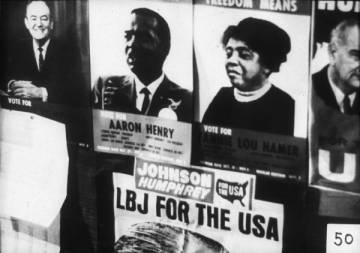 Although the Freedom Democrats were not seated at the Democratic National Convention, they decided to remain loyal to the national party. “Our intention has been that we are the Democratic Party in the state,” explained Victoria Gray Adams. They planned to campaign for the Johnson-Humphrey presidential ticket. Since 95% of Black Mississippians remained disenfranchised, however, and since the state government refused to place MFDP candidates on the official ballot for the November elections, the party also decided to organize another Freedom Vote campaign.

With the help of roughly 300 volunteers and SNCC staff, the MFDP crisscrossed the state to promote their candidates for upcoming congressional elections. Fannie Lou Hamer squared off against James Whitten for the 2nd District congressional seat. Victoria Gray Adams took on William Colmer in the 5th District. And Annie Devine contested William Winstead for the 4th District’s spot. The Freedom Ballot was topped by Johnson and Humphrey–the MFDP was the only “party element” that remained loyal to the national ticket. White Mississippians almost unanimously supported Republican candidate Barry Goldwater for the Oval Office. 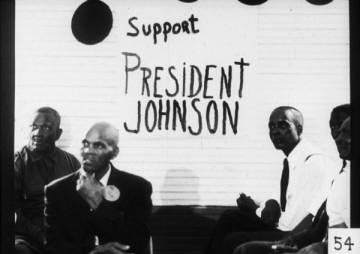 The Freedom Vote was the first step in the larger Congressional Challenge, an elaborate motion on the part of the freedom candidates to assert their claim to the contested seats. “It was all theater,” explained Carmichael. The MFDP knew perfectly well that the candidates were not going to be seated in Congress due to the results of a mock election.

Nonetheless, “we had irrefutable proof of the systematic manner in which Mississippi’s blacks were excluded from participation in the electoral process,” explained SNCC’s Cleveland Sellers. Moreover, the Freedom Vote proved that Black citizens would vote, if not for the violence and intimidation that surrounded the franchise. “We contended that Representative Jamie L. Whitten, who had been elected to Congress in the November election … and the four other congressmen who were elected under similar circumstances should not be seated,” further elucidated Sellers.

With the November Freedom Vote completed, the battle shifted to the nation’s capital, where the newly formed Washington office of the MFDP had to drum up congressional support for the challenge.

Cleveland Sellers and Robert Terrell, The River of No Return: The Autobiography of a Black Militant and the Life and Death of SNCC (Jackson: University of Mississippi Press, 1990). 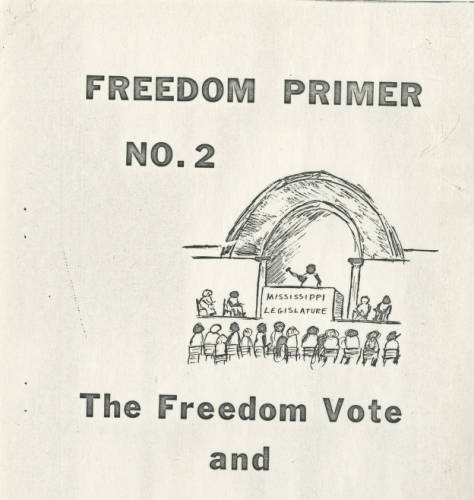 Freedom Primer No. 2: The Freedom Vote and the Rights to Vote, [1964], Susan Gladstone Papers, WHS 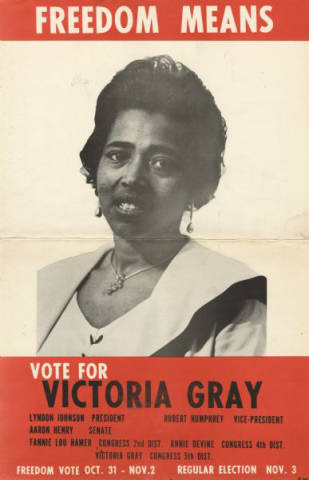 Click here to view document
“The Freedom Vote is Open to All,” The Student Voice, October 28, 1964, crmvet.org