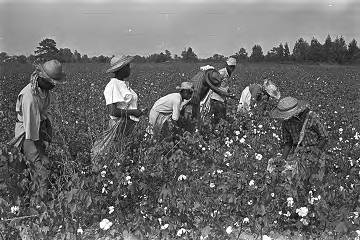 In the spring of 1967, Black farmers from ten counties in Alabama’s Black Belt formed the Southwest Alabama Farmers Cooperative Association (SWAFCA). “We are working to save our farms, our homes, our lives,” SWAFCA chairman Joe Johnson told The Southern Courier. “Without a massive crash program to help solve our problems, many of us will be driven to the Northern ghettos … We are fighting to save our land.” Johnson rented a small farm deep in Dallas County and had to walk three miles to the nearest highway to hitch a ride to the cooperative’s county meetings. Like Johnson, many of the region’s Black farmers and farm laborers recognized the importance of the co-op. At its peak, SWAFCA had 1,800 members and was a leading organization in the burgeoning Black cooperative movement in the mid-sixties.

The Alabama Black Belt had undergone vast economic changes starting in the 1930s. The New Deal paid farmers to plow up cotton crops in an attempt to stabilize prices. Landowners turned to cattle instead, and the cotton fields that tenant farmers tended were slowly replaced by cow pastures and soybean fields. Meanwhile, white landowners increasingly turned to mechanical harvesters and tractors to do most of the heavy lifting on their farms. 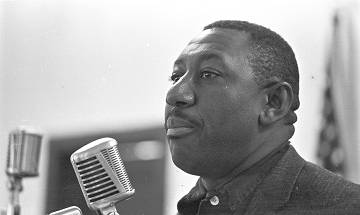 By the time the Voting Rights Act was passed in 1965, many poor Black farmers, especially tenant farmers and sharecroppers, had been displaced. Young people were leaving the state to look for work in the industrial cities in the North and West. This exodus was encouraged by local whites who were wary of the potential power of Black votes in the majority Black counties of Southwest Alabama. Black tenant farmers faced a future of economic insecurity.

The idea of a farmers cooperative was first raised at a SNCC workshop in Selma. As farmers detailed their problems and concerns, a farmer from nearby Wilcox County complained that he couldn’t turn a profit on his cucumber crop. James Mays of the National Sharecropper Fund told the meeting’s participants about a cooperative venture in Mississippi that was getting 5 cents a pound for their cucumbers–2 cents more than farmers in Southwest Alabama.

The success of the Mississippi cooperative struck a chord with local farmers and movement activists. A co-op was also a way for Black farmers to pool their resources for their own economic empowerment. SCLC’s Lewis Black thought that a regional cooperative “was the thing that we needed to bound together the farmers’ resources in order that one can be helped through the other.”

In February, 1967, farmers formally organized SWAFCA and began a grassroots campaign to solicit local support. Throughout the spring and summer, the co-op’s founders, many of whom were committed movement supporters, organized county-wide workshops to teach people about the nature of cooperatives and the ways that SWAFCA could benefit poor farmers. Nearly 800 people expressed interest in the cooperative by the summertime, proving organizing efforts to be a success.

With the passage of War on Poverty legislation, the federal government revamped its support for the rural working-class and poor. On July 5th, 1967, Sargent Shriver, the head of OEO, granted SWAFCA a $399,967 grant to cover basic expenses, like buying equipment and hiring marketing and agricultural specialists. 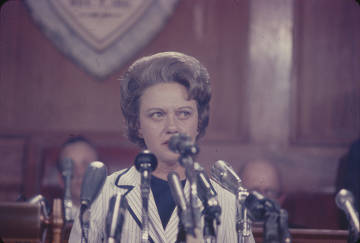 By funding SWAFCA directly, the OEO grant by-passed the local white power structure, which was used to controlling federal money coming into the region. Local white political leaders pushed back against SWAFCA and OEO. Joe Smitherman, the mayor of Selma, and others even flew to Washington D.C. to protest the grant, claiming that SWAFCA was a subversive organization with intimate ties to the Black Panthers and SNCC. Lurleen Wallace, using her power as governor, vetoed the grant in an attempt to stall SWAFCA’s funding. Shriver overrode the veto, however.

Despite harassment from the local and state power structure, SWAFCA persevered and empowered local Black farmers. Through the co-op, they used their collective strength to improve their economic situation. SCLC’s Albert Turner noted that farmers “were making $95 a ton where they used to make $60 a ton” on their cucumber crop.

When the cucumber season came to an end, the co-op was ready to move on. “Next week, we start okra,” said Freeman Berry, a SWAFCA board member from Dallas County. “Then peas,” added another farmer.

Susan Youngblood Ashmore, Carry It On: The War on Poverty and the Civil Rights Movement in Alabama, 1964-1972 (Athens, GA: University of Georgia Press, 2008).

Click Here to View Document
“The General Condition of the Alabama Negro,” 1965, crmvet.org

Click here to view document
Booklet about the operations of a similar okra coop in Panola County, Mississippi, Something Of Our Own, 1965, Courtesy of Maria Varela