The fight for voting rights began long before SNCC came into existence. And SNCC’s voter registration work was made possible by the men and women who led that fight in the Deep South. Aaron Henry, who was state president of the NAACP when SNCC began working in Mississippi, was one of the most important of these people. 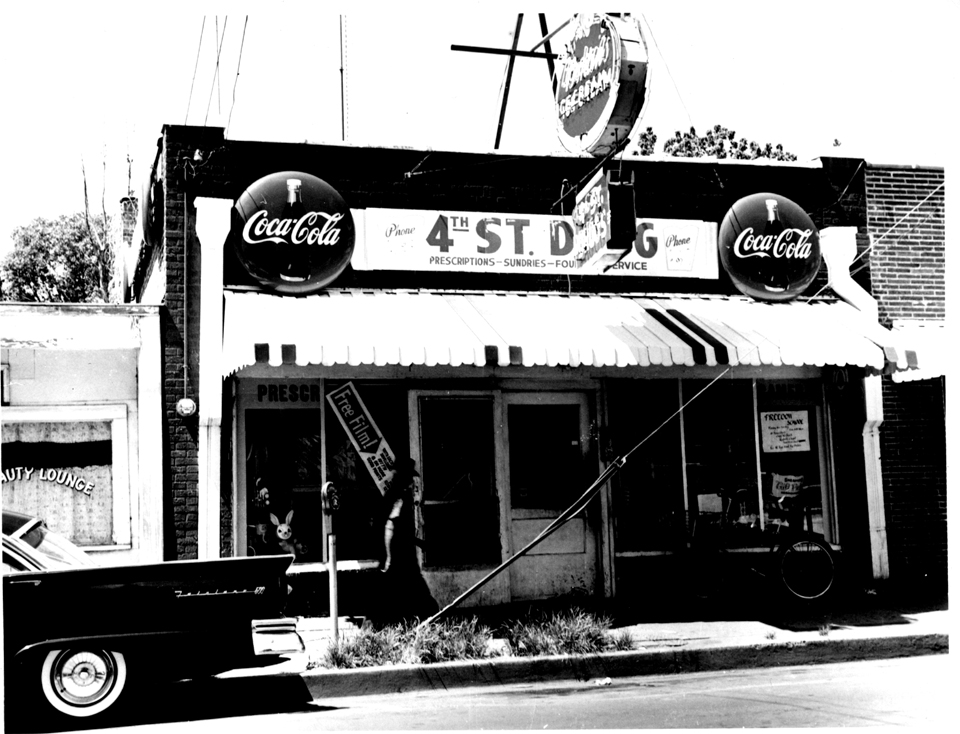 Henry, called “Doc” by most in SNCC because he was a pharmacist and owned a drugstore in Clarksdale, was the also the president of COFO. This was despite the fact that the national leadership of the NAACP was uncomfortable with the organization. COFO, NAACP national leaders felt, was unresponsive to their priorities. But Henry’s priorities lay with what the Movement in the state needed more than the priorities of his own national headquarters. He welcomed SNCC and the youthful energy it brought into the Mississippi struggle for voting rights. Like his colleague Amzie Moore, he wanted to use that energy to gain voting rights.

“As far back as I can remember,” Henry, who was born into a sharecropping family, once remarked, “I have detested everything about growing cotton.” He was ambitious and once asked his mother why white children went to school for seven months out of the year while he only went to school for five. She told him that it was because he was smarter than they were; they needed more time to complete their studies. Drafted in 1943, Henry served as a staff sergeant in the Pacific and used the GI bill to complete his degree at Xavier College.

Coahoma County, a Delta county where Clarksdale is located, had only a few Black voters registered even thoughts its population was overwhelmingly Black. Aaron Henry had registered to vote when he returned from a tour in the Pacific during the Second World War. He was the first Black person to vote in a Democratic Party primary election there, and that act, plus his efforts at trying to register others, led to a campaign of violence and arrest directed at him. In 1960, Aaron Henry was elected NAACP chair with a call for more direct action that reflected the mood of the sit-ins, “Our actions will probably result in many us being guests in the jails of the state,” he told members, but “we will make these jails Temples of Freedom.” 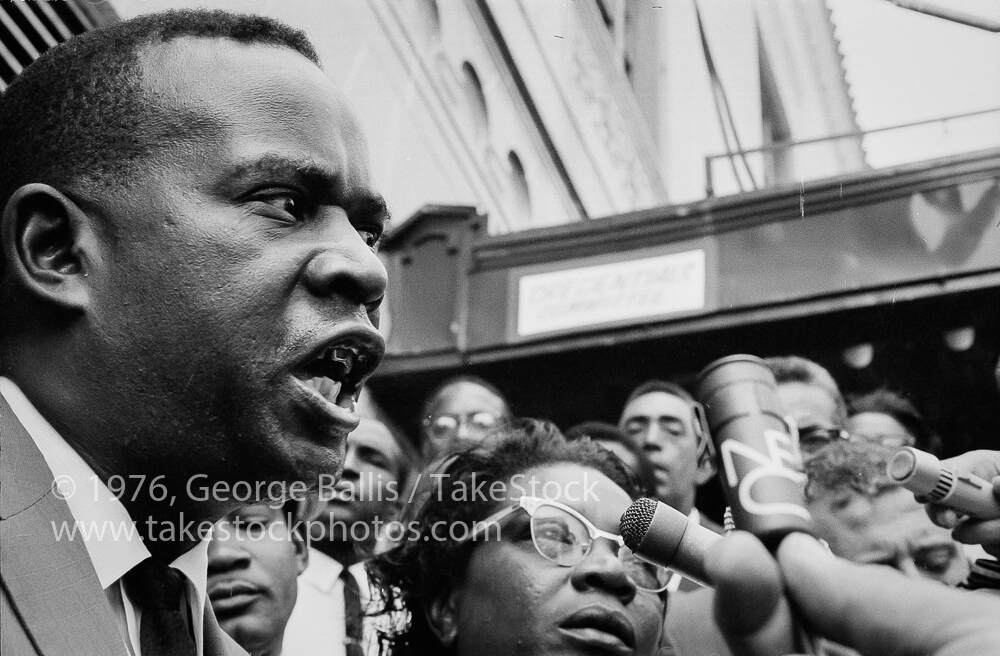 SNCC’s arrival in Coahoma County coincided with the local NAACP’s initiation of a boycott of white business. This Movement began when the Black high school marching bands were not invited to the annual Christmas parade, and the snub prompted students to plan a protest march. But Henry convinced them that his organization didn’t have the money to bail them out of jail, so he proposed a mass boycott of white businesses. “If we can’t PARADE downtown,” the signs read, “should we TRADE downtown?” The boycott began in December 1961, and by early 1962, white leadership in the county began to persecute the Henrys, charging five Coahoma County NAACP officers with conducting an illegal boycott, convicting them, and sentencing them to six-month jail sentences and $600 fines. Henry’s wife, Noelle, was fired from her teaching job.

Change did not come quickly to the Delta, but Aaron Henry’s commitment to direct action in the face of the stubbornness of Jim Crow and his cooperative spirit with other civil rights organizations helped force it.

Interview with Aaron Henry by Neil McMillan and George Burson, May 1, 1972, Center for Oral History and Cultural Heritage, University of Southern Mississippi.

Interview with Aaron Henry by Neil McMillan and George Burson, May 1, 1972, Center for Oral History and Cultural Heritage, USM 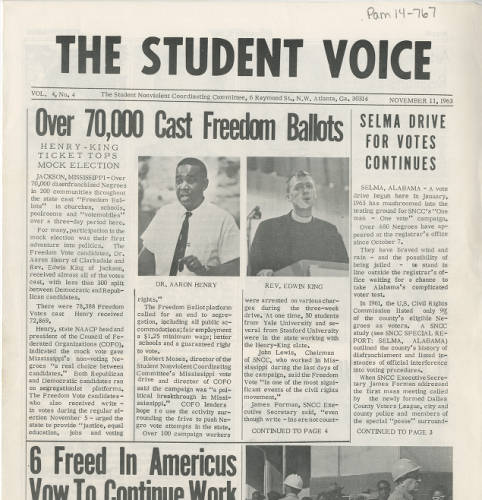 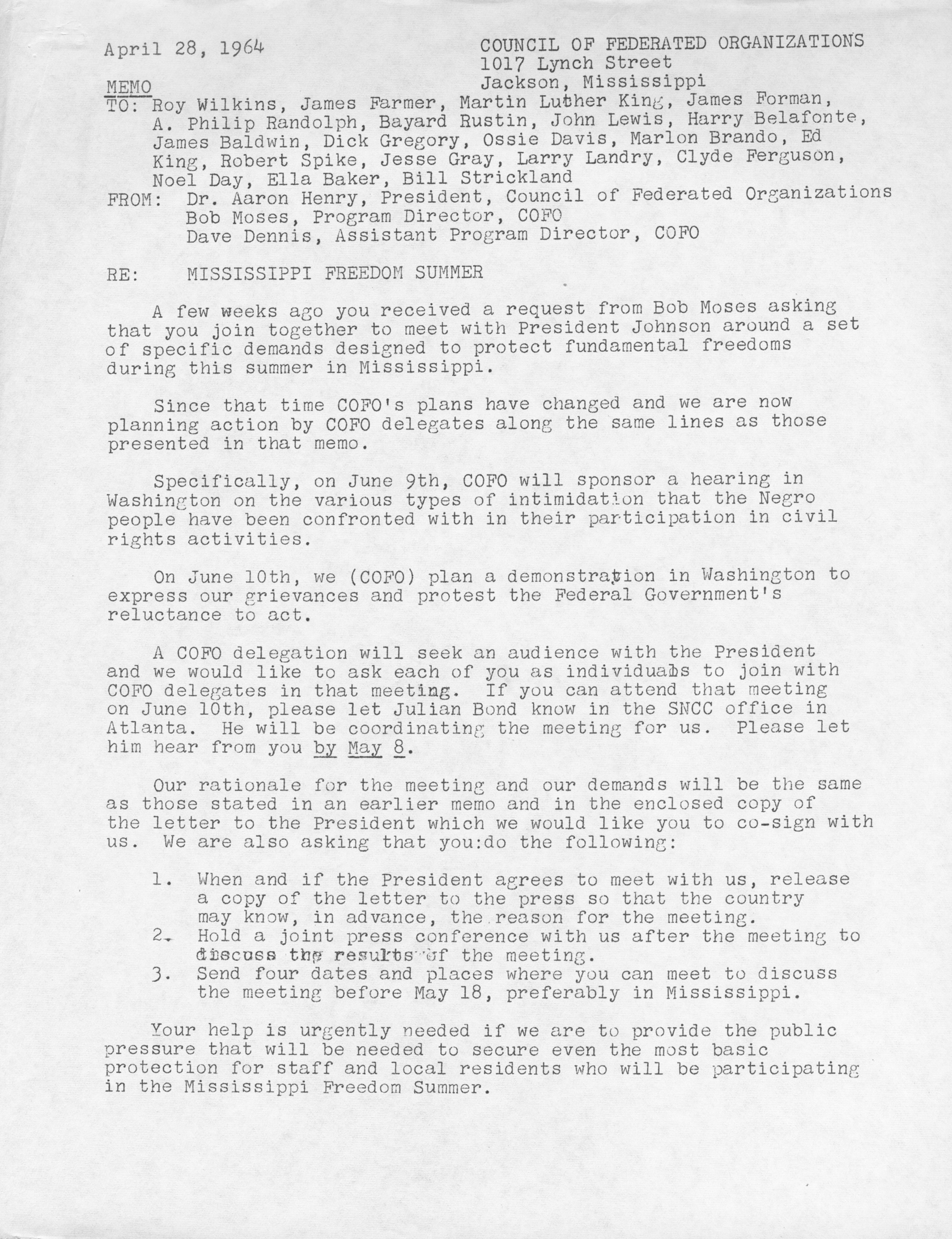