Charles “Chuck” McDew had never set foot below the Mason-Dixon line until he attended South Carolina State College in 1959. He wanted to play football at the University of Michigan, but his father insisted that he go to a historically Black college in the South, where he’d be exposed to “a professional class of black people.” On the drive down Orangeburg, South Carolina, McDew remembered “the further [we] got from Massillon, the stranger it was.” 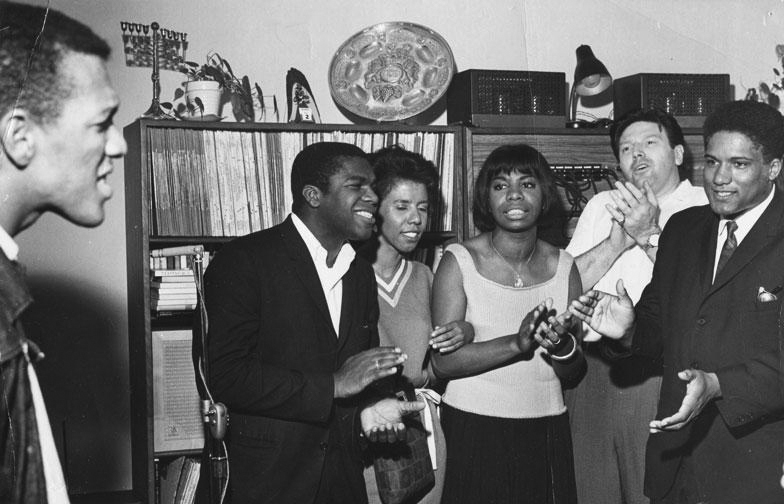 McDew nonetheless enjoyed his first semester at college. “I thought my father was a brilliant man,” he recalled, “to send me down here and let me experience my culture.” But the euphoria was broken after returning to campus from Sumter, South Carolina after spending Thanksgiving break with a classmate. McDew talked back to a policeman who had stopped him while driving back. He ended up in jail with a broken arm and a broken jaw. After his release, he boarded a train back to Orangeburg, but the car for Black riders–right behind the engines–was full, so the conductor told McDew to sit in the baggage car. McDew refused. He was arrested again for violating local segregation laws.

When McDew finally made it back to Orangeburg, he decided to take a shortcut to campus through a public “whites only” park. He was caught and arrested again, the third time in two days. By this time, McDew had had enough of the South. So had his father, who had to pay “all this money for medical bills and jail bonds.”

Before McDew could return to Massillon, however, the student sit-in movement broke out, and students at South Carolina State organized the Orangeburg Movement for Civic Improvement. The organization asked McDew, now known on campus for being a “crazy Negro” unwilling to bend to Jim Crow, to be its spokesman. Though McDew wanted to go home, he was influenced by the teachings of Rabbi Hillel: “If I am not for myself, who is for me? If I am only for myself, what am I? If not now, when?” McDew became a student leader and participated in local direct action protests, such as sit-ins and wade-ins.

On Easter weekend, 1960, McDew joined other southern student activists at a southwide Youth Leadership Conference held at Shaw University in Raleigh, North Carolina that was organized by Ella Baker. With her encouragement, the young activists attending began discussion that led to the formation of the Student Nonviolent Coordinating Committee (SNCC). Soon McDew and several others dropped out of school to work with SNCC full-time, becoming the first cadre of student activists to transition to field organizers.

McDew served as the organization’s chairman from the fall of 1960 through the summer of 1963. Voter registration was a high priority for Black southern leaders, but SNCC’s young activists were sharply divided over whether or not to engage in voter registration. Some thought it was selling out. However, McDew saw Black voter registration, especially in the Black majority counties in the Deep South, as a way to corrode white supremacist power in the House and Senate. [To] get [Black] people registered in those areas and you can disrupt the balance of power.” 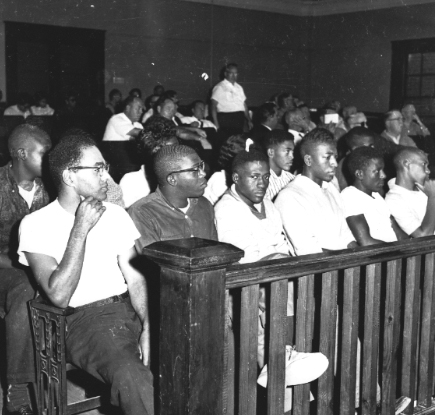 In the late summer of 1961, McDew, Charles Sherrod, and Charles Jones traveled to McComb, Mississippi to observe Bob Moses’s voter registration project. In this Ku Klux Klan-ridden region, the group quickly learned that voter registration was direct action when local whites met SNCC’s efforts with extreme violence. The murder of Herbert Lee in Amite County was a turning point. SNCC fled the region for a time.

Terrorist violence and official repression towards Black empowerment was present across the entire Deep South. In February, 1961, McDew and fellow SNCC activists Bob Zellner and Dion Diamond were arrested in Baton Rouge while demonstrating against the city’s segregation practices. They were charged with criminal anarchy and attempting to overthrow the state of Louisiana. While the trio was imprisoned, their guards brought in white high school students to prod them to “say something communist.” McDew usually responded, “Kish mir in tuchas,” or “kiss my ass” in Yiddish. 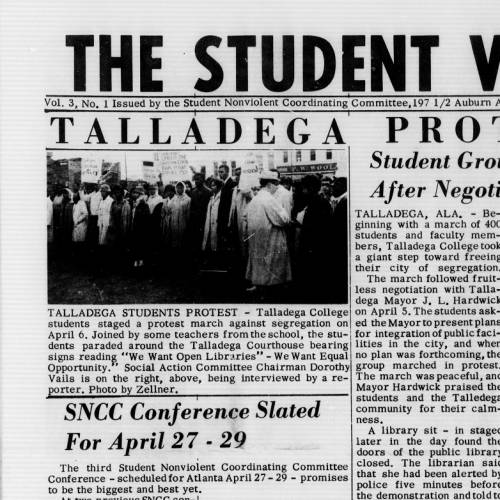 “Anarchy Charges Dropped Against One, Two SNCC Workers Must Return to La. for Trial,” The Student Voice, April 1962, WHS