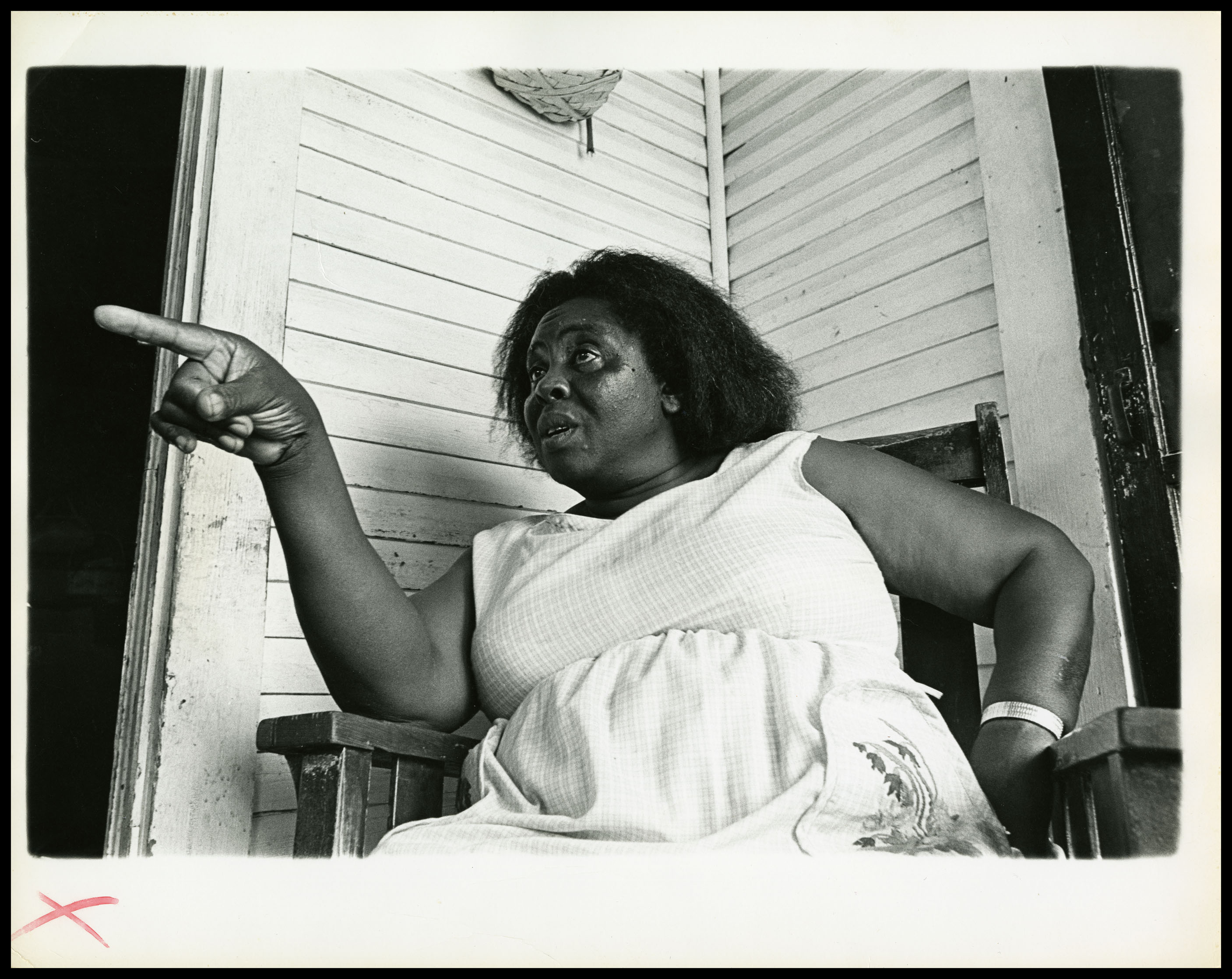 It was the power of Mrs. Fannie Lou Hamer’s singing that first brought her to the attention of SNCC. In August of 1962, eighteen local people from Sunflower County, Mississippi, including Mrs. Hamer, traveled by bus from Ruleville to the courthouse in Indianola. Despite armed white men milling about the courthouse, the group entered the registrar’s office, intending to fill out the voter registration form as best they could. Mrs. Hamer was the first to enter.

When the group began heading home, the bus–an old school bus now used to transport cotton pickers to the fields–was pulled over by the Indianola police at the edge of town. The driver was arrested for driving a bus of “the wrong color.” Fear rose among the passengers. But in the midst of the fear and uncertainty, Mrs. Hamer began to sing, raising her powerful voice first in church songs, then movement songs. This helped calm the other passengers. Mrs. Hamer’s voice continued to be a powerful tool that mobilized many in Mississippi and across the South during times of struggle in the Movement.

She was born in 1917, the youngest of twenty children. After reaching the sixth grade at the age of 12, she dropped out of school to work on the cotton plantations of the Delta. Yet when SNCC workers arrived in Sunflower County, Mrs. Hamer was a timekeeper on the B.D. Marlowe plantation because she was literate. 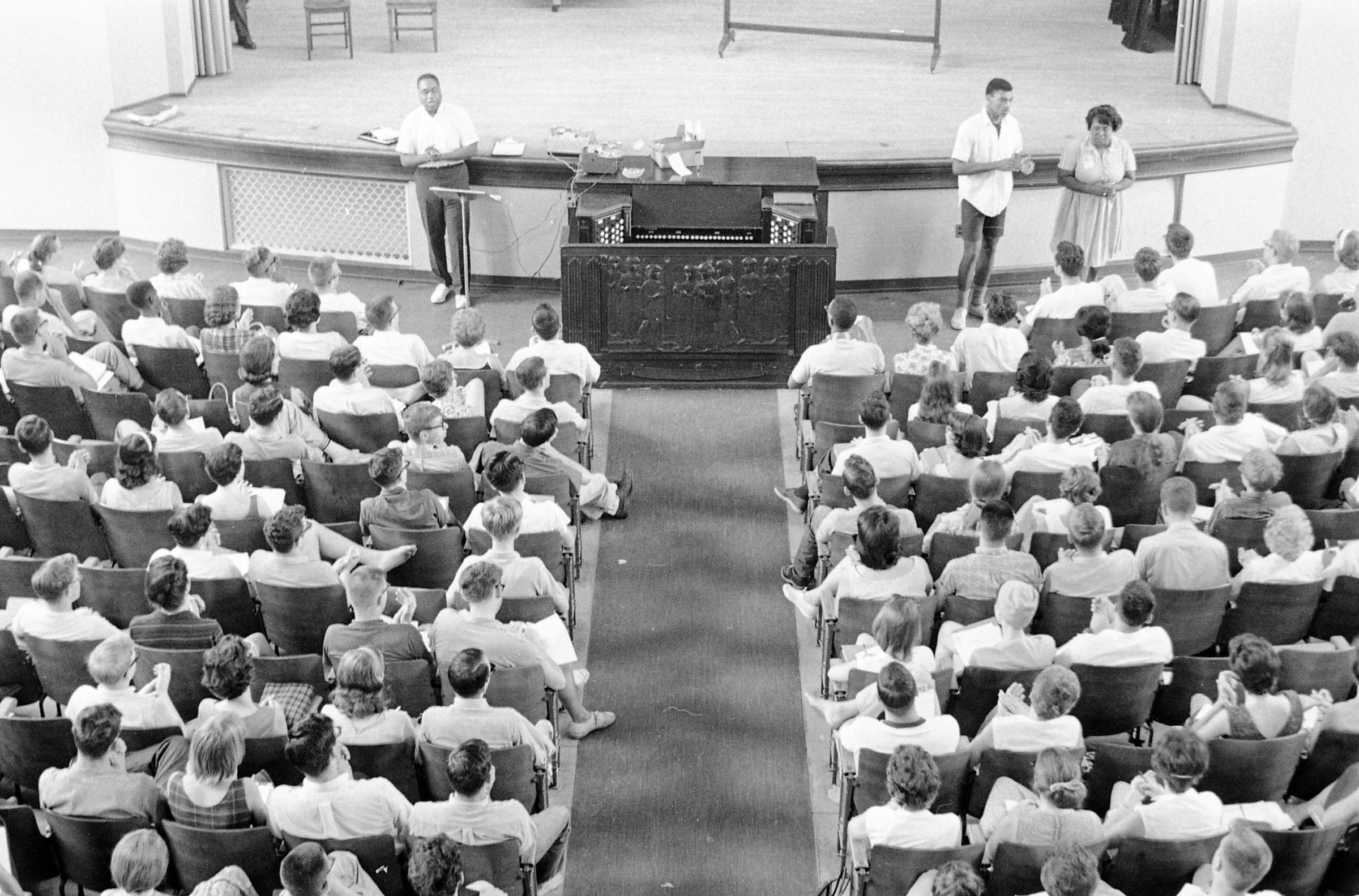 After her attempt to register to vote in 1962, Marlowe demanded she retract her application or face eviction. Mrs. Hamer refused and was immediately kicked off his land. When she moved into town to stay with a family, white men pumped 16 shots into the house where she was staying, barely missing the occupants. Despite threats and violence, her spirit was unbowed, and her voice became more powerful and influential. Her ability to speak plainly and persuasively impacted most everyone who encountered her, especially SNCC workers, who paid careful attention to her arguments and were swayed by her charisma.

In 1964, Mrs. Hamer helped found the Mississippi Freedom Democratic Party (MFDP). During her testimony in front of the Credentials Committee at the Democratic Party’s national convention in Atlantic City, President Johnson staged an impromptu press conference for fear of the power of her story. Describing her brutal treatment at the hands of the Mississippi state police, she asked the committee, “Is this America, the land of the free and the home of the brave, where we…[are] threatened daily, because we want to live as decent human beings, in America?”

Whether calming people with her singing or speaking truth to power, Mrs. Hamer’s voice could not be ignored. She inspired many others, as her close friend and fellow SNCC organizer Charles McLaurin remembered. Mrs. Hamer did not shy away from the dangers of challenging segregation and the denial of voting rights in Mississippi. “I’m gonna be standing up, I’m gonna be moving forward, and if they shoot me, I’m not going to fall back, I’m going to fall 5 feet 4 inches forward.”

Maegan Parker Brooks, A Voice That Could Stir an Army: Fannie Lou Hamer and the Rhetoric of the Black Freedom Movement (Jackson: University of Mississippi Press, 2014).

Maegan Parker Brooks and Davis W. Houck, eds., The Speeches of Fannie Lou Hamer: To Tell It Like It Is (Jackson: University of Mississippi Press, 2011).

Kay Mills, This Little Light of Mine: The Life of Fannie Lou Hamer (New York: A Dutton Book, 1993). 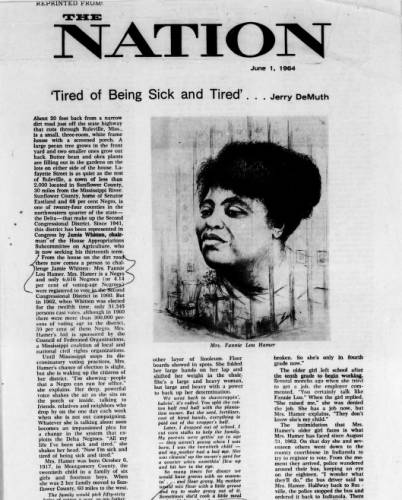 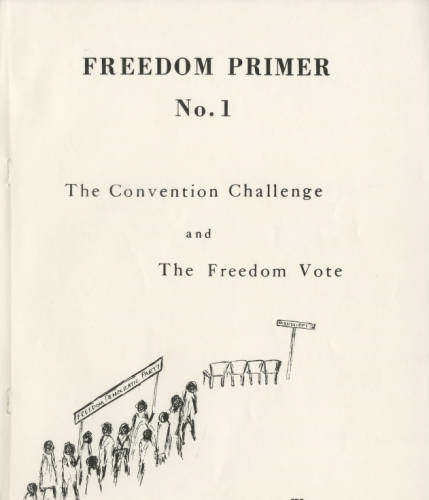 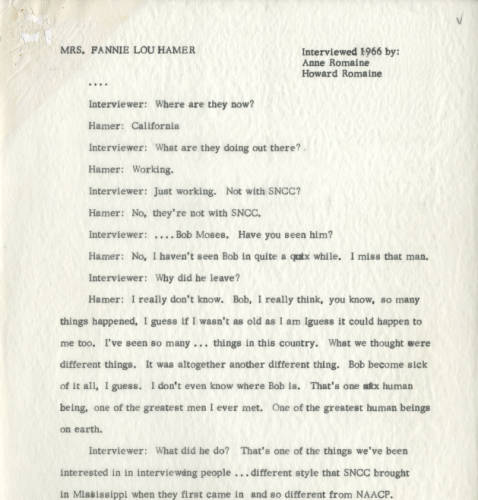