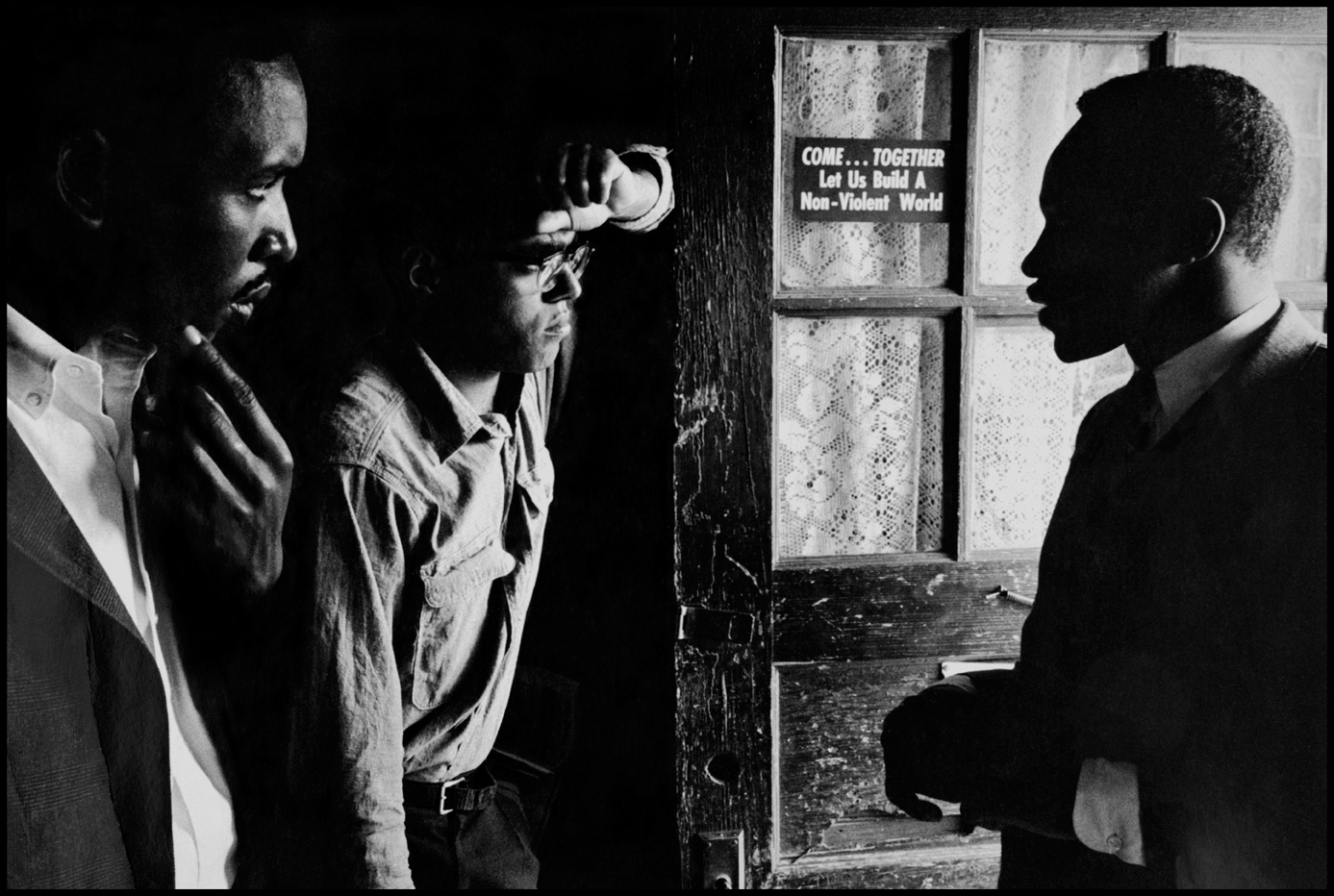 Frank Smith was student at Morehouse College when he made his way to Holly Springs, Mississippi in the summer of 1962. Smith had been active in the Atlanta Student Movement, and he intended to join SNCC’s work in Mississippi only until school started in the fall. But what was supposed to be a summer’s stay turned into six years. The Southern Freedom Movement was led by southerners like Smith.

Smith was about to return for his senior year of classes when he received a newspaper clipping, reporting that a local Black man had been dismembered and dumped into a river. A handwritten note attached to it read, “This is what happens when you civil rights workers come and then leave.” So Smith stayed, determined to make certain Black and white people alike knew that he wouldn’t leave them to face reprisals–even murder–because of his organizing.

Frank Smith’s decision not to run and to continue organizing typified the attitude of most SNCC field secretaries. After the shooting of SNCC’s Jimmy Travis in Greenwood, Smith joined the struggle in the Delta where the fight for voting rights was heating up in 1963. There, he was often trailed by cars, and once someone shot a dog standing right next to him.

Still, Smith refused to run. When a uniformed police officer beat up a SNCC worker on the office porch, Smith telephoned the police chief to protest such unacceptable behavior from a law enforcement official. Then Smith led a chant demanding that the police officer get off the property. The officer left only after telling Smith he would never make it out of Greenwood alive.

After three years of working in Mississippi, Smith witnessed the Movement grow and change “as the consciousness of the Negro people has grown.” “We are now at the point where we have all learned, from long nights in jail, from numerous demonstrations, from being fired because we attempted to who is responsible for our hunger, bad health, and poverty,” Smith wrote. In the wake of Freedom Summer, numerous SNCC staff followed the lead of local people and turned towards economic organizing. 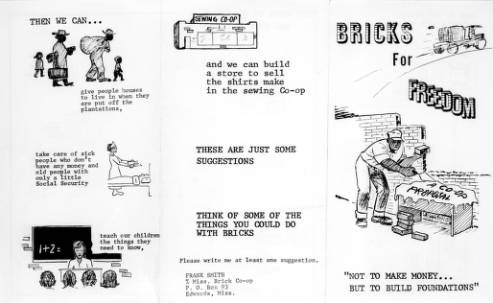 In 1965, Frank Smith helped organize the Mississippi Freedom Labor Union (MFLU). One of its first efforts was to organize around a hundred workers in Shaw, Mississippi to strike for $1.25 an hour wages. Other strikes followed. An observer noted, Smith, “mobilized many hundreds of poor people into feeling themselves as a force…I never saw poor people more feverishly interested in education, as Frank stirred them to be.” In the end, winter weather and mechanization of the cotton fields defeated their efforts. But Smith was a committed advocate of economic development, proposing a brick factory and supporting other cooperative endeavors.

After his work in SNCC, Smith served four terms on the Washington, D.C. City Council. He then went on to found the African American Civil War Memorial Freedom Foundation and Museum and serve as its Executive Director. 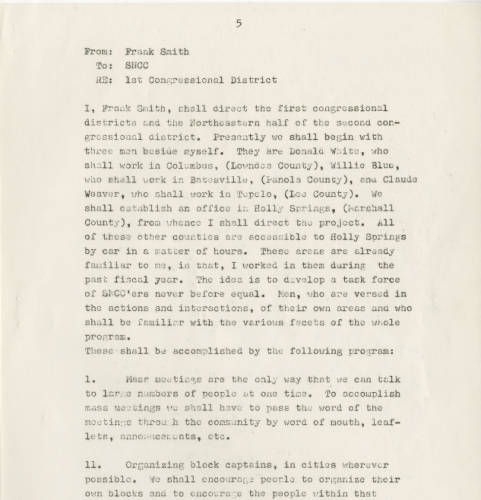 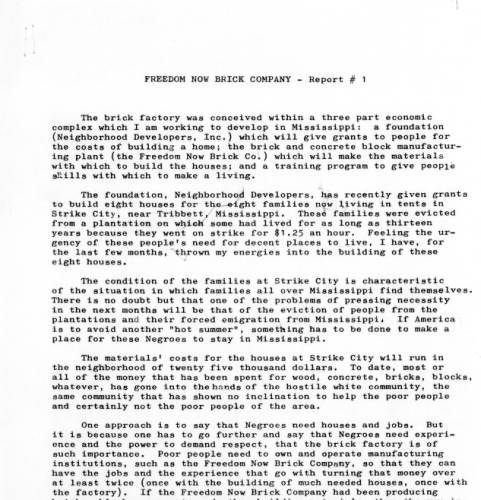