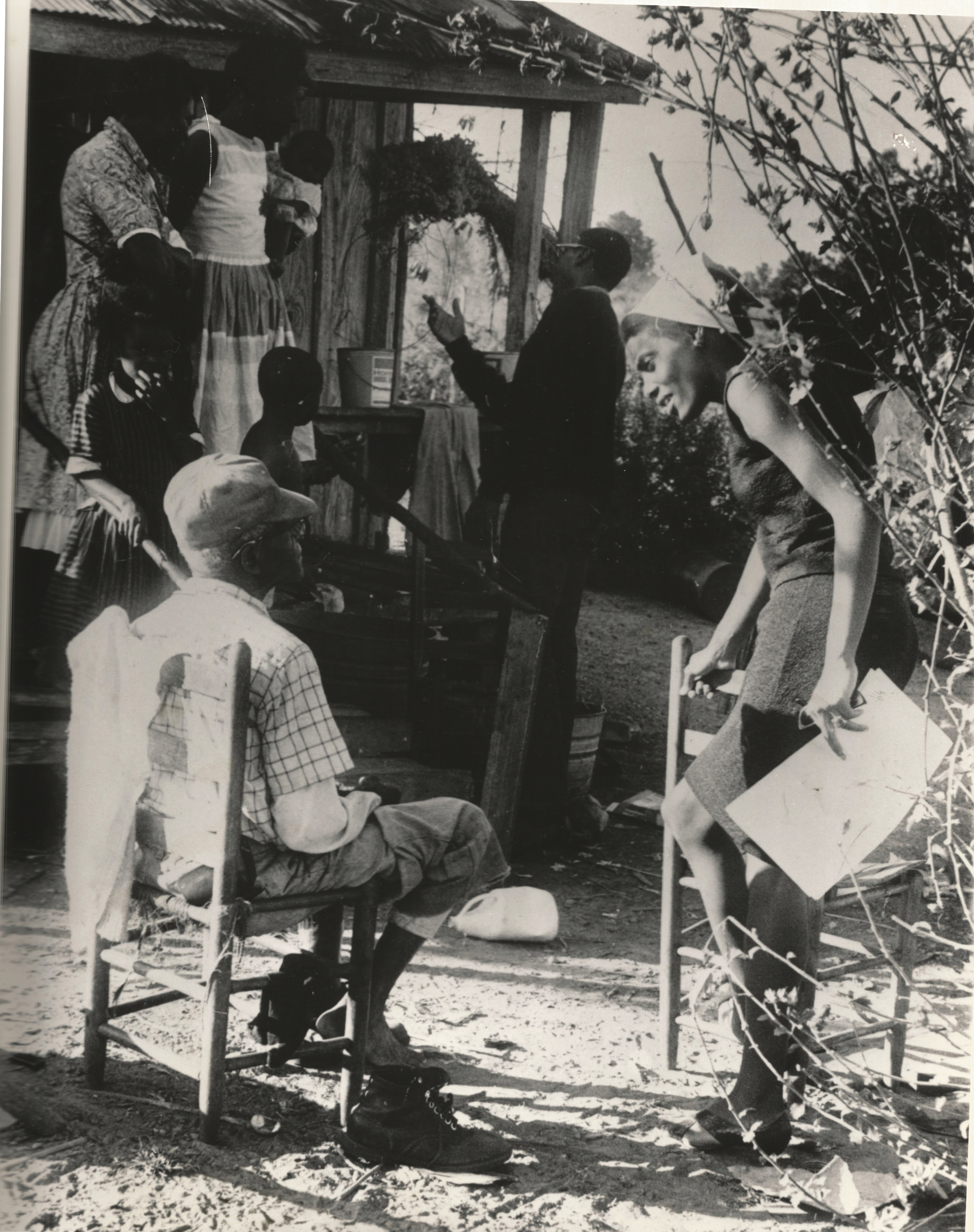 In the spring of 1965, Gloria Larry (House) heard that a group of students from San Francisco State were collecting books, traveling to Selma, Alabama, and planning to start a Freedom School. House, a graduate student at Berkeley, had gotten involved in the Free Speech Movement on campus and heard many stories from students that had been south the summer before.

The first night that House arrived in Selma, she went to a rally at Brown Chapel where Stokely Carmichael, then SNCC project director in Lowndes County, was speaking. He told her about the work being done in Lowndes County and invited her to join. For the next few months, House worked at the Freedom School during the day and in the evenings canvassed and sought people willing to try and register to vote in Lowndes County.

At the end of the summer of 1965, House was arrested for picketing a store in Hayneville, Alabama. She and others were hauled to jail in a garbage truck. Two weeks later, House was forced out of jail at gunpoint. Only a half a block away, she witnessed her co-worker Jonathan Daniels, a young Episcopal seminarian from New Hampshire, get shot and killed by a deputy sheriff.

After Daniels’ funeral, House headed back to Berkeley with the intention of completing her master’s thesis and resuming her job as a teaching assistant in the French Department. “However, once I was back on the Berkeley Campus, I knew I no longer wanted to be there,” she remembered. A week later, she returned Alabama as a SNCC field secretary. She spent the next two years getting people registered to vote, leading political educational workshops, and helping build an independent political party in Lowndes.

Before graduate school, House had lived in Paris for nine months where she met Congolese and Algerian students who “convinced me that the hope of revolution is the only one black people and all other oppressed peoples have.” SNCC pushed her international consciousness further. When Sammy Younge, a fellow SNCC worker and veteran, was murdered in 1966, House drafted SNCC’s anti-Vietnam statement, articulating as closely as possible the ideas expressed by SNCC staff members during a sustained debate as to whether SNCC should issue a statement, and what such a statement would express. It lambasted the hypocrisy of the United States’ commitment to freedom and democracy contrasting it with the experiences of oppressed peoples abroad and civil rights workers at home. This same nationalist-leaning faction House was a part of later pushed for white SNCC workers to work in white communities or in the office. “The insistence that only black field secretaries should work in black communities reflected our evolving black consciousness,” she explained.

Reflecting on her work with SNCC, Gloria House wrote, “No one turns back to a life of indifference to human rights after experiences like these.” She went on to write three poetry collections: Blood River (1983), Rainrituals (1989), and Shrines(2004) that reflected her involvement in civil rights and Third World solidarity in her years after SNCC. “I learned from close encounters how the mechanisms of power and oppression work and also saw firsthand the enormous human capacity to resist and transcend them.”