Bob Moses said of Hazel Palmer from Jackson, Mississippi, “She really came to represent what we were looking at trying to do in the community organizing because there was, I think there is, a dimension to it which is dealing with this transformation of people.”

Ms. Palmer was drawn into the Movement when her children became involved. Her son, Al, was a Freedom Rider. When five of her children were arrested in Jackson, she decided, “If my children are somewhere, I should be where they are and know something about where they are.”

Palmer worked afternoons as a maid in an elementary school but dedicated her mornings to movement work. She taught herself how to drive after Al was thrown into jail. After that, she was always out on the street, knocking on doors in city neighborhoods and trying to get out the vote. She worked to educate the poorest of the poor in Jackson about the very tangible role that politics played in their lives.

Hazel Palmer and her husband sued the city of Jackson when it closed its municipal pools rather than desegregate them. A federal court decision upheld the closures, deciding that since both white and Black pools were closed, it was not discriminatory. 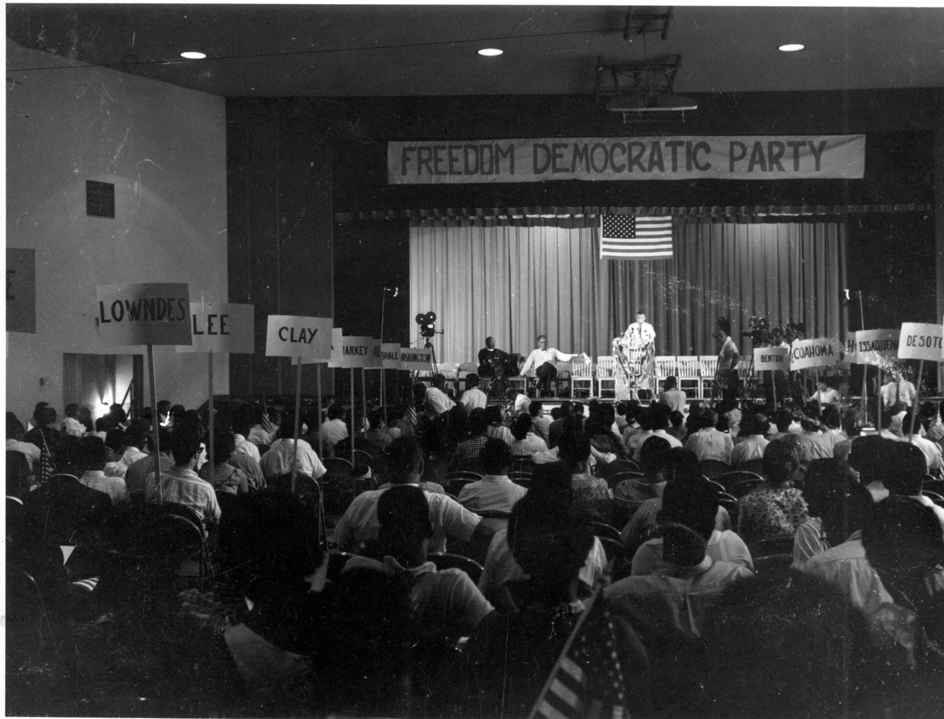 Hazel Palmer and others movement stalwarts created the Mississippi Freedom Democratic Party (MFDP) in 1964, a parallel party that would actually represent the Black electorate. She became one of its leading members, determined to not allow the all-white official Democratic Party of Mississippi to claim that it represented the people of Mississippi. As she put it, she was not going to let them “go to [the Democratic party national convention] in Atlantic City to tell them that Mississippi didn’t have no black on their body.”

The national party offered two seats to the MFDP and selected who the two representatives would be. There had been no prior discussion with the MFDP, and the party rejected the offer. For Hazel Palmer, the decision whether or not to accept the “compromise” offered at the convention was the hardest one she ever had to make. They had come so far and to go home with nothing was not easy to accept. Had the compromise not named the delegates for the two seats, the MFDP might have had a very different trajectory.

Palmer exemplified how the Movement pushed people to grow into their own. Working at the grassroots, she fought tirelessly to change the face of representation in Mississippi, and she empowered others to claim the space that they deserve.“I know I’m not free and I don’t expect to get free other than the freedom I feel in myself… It’s just a long journey and we’ve got to keep working.” 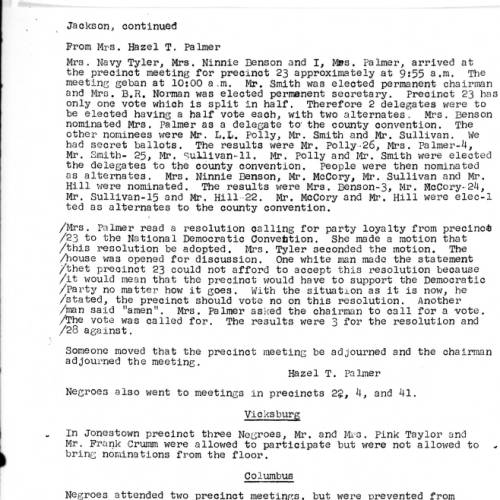 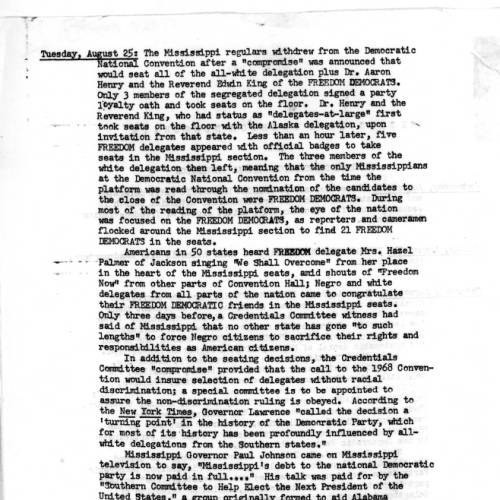 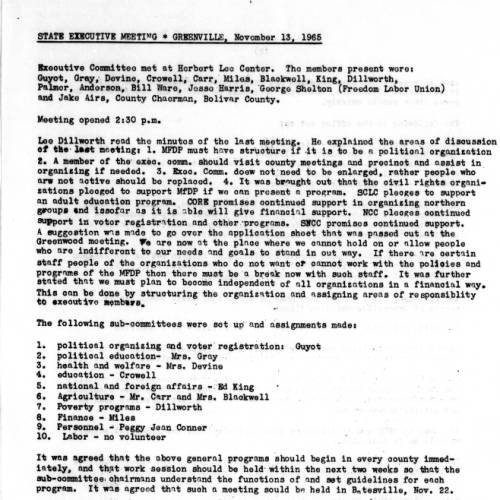