Growing up in Greenwood, Mississippi, (Endesha) Ida Mae Holland made her way into SNCC by chance and found that the organization gave her a power she never had before. When she was 11-years-old, she was raped by a white man who gave her $5 afterward. Not long after, she quit school and began selling her body on the streets to earn rent money for her family. 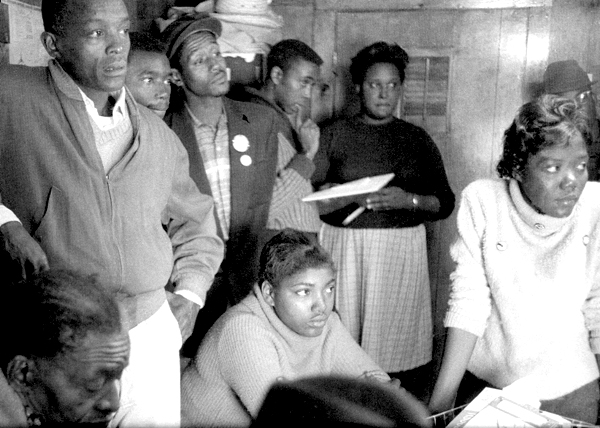 A photograph of SNCC workers being briefed before going in the Belzoni, MS, to oranize for the Freedom Vote, fall 1963. Ida Mae Holland is sitting in the center, crmvet.org

In 1962, hoping to “turn a trick,” Holland followed a stranger into the COFO office and was captivated by Emma Bell–a SNCC worker who had been active in McComb’s student movement–and Bell’s ability to type without looking down at the keys. Before entering that office, she had never heard African Americans discuss civil rights or the need for Black enfranchisement.

She already knew the local jail system well because of her previous life, and she was arrested 13 more times but this time for her movement activities while working with SNCC and COFO. Holland knew just how to protect the others and described herself as the “queen of the jails.” Her very first movement arrest occurred during a 1963 march to city hall protesting a speech in which the mayor accused COFO setting fire to the SNCC office. She had intervened as a police officer was about to kick Reverend Donald Tucker of Turner Chapel AME Church and was jailed for “disorderly conduct.” 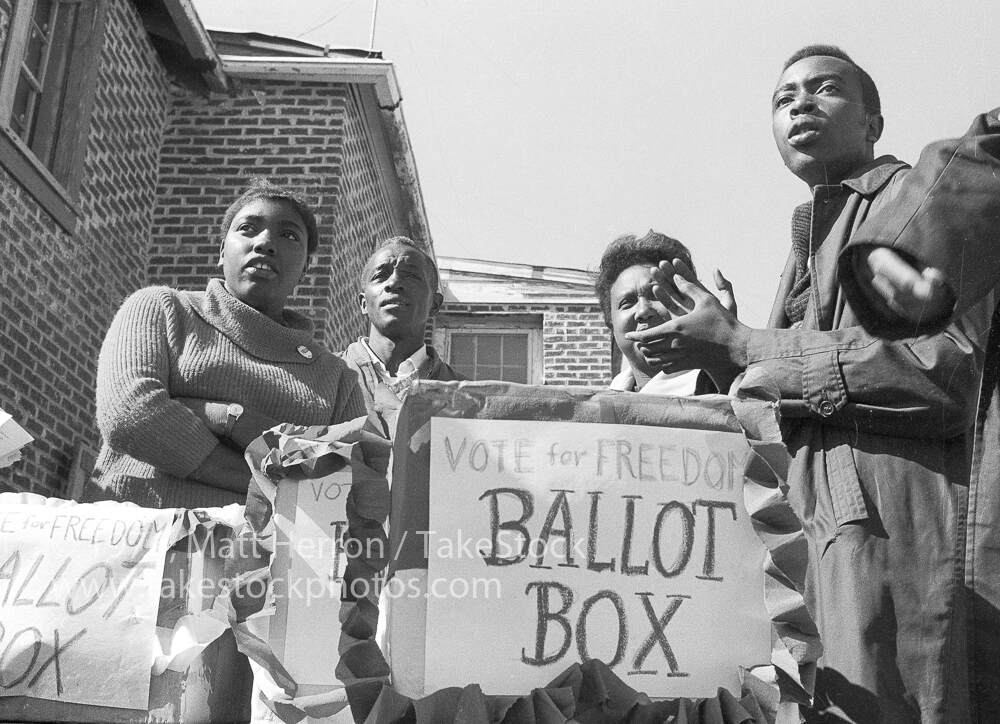 Holland describes her reasons for joining the Movement as being “very simple;” “it got the white man’s goat,” and she got to “flaunt her borrowed clothes.” During her time as a SNCC field secretary, Holland organized marches, toured the country speaking and raising money, and registered African Americans to vote.

She attributes much to her mother who initially disapproved of her work in the Movement. In 1965, Holland’s home was bombed, resulting in the death of her mother. Though temporarily stalled after this act of deadly terrorism, she also found herself inspired by the strength and courage of the struggle around her. She left Greenwood in 1966 and went on to earn graduate and doctoral degrees. She founded the African American Studies department at the University of Minnesota and became a notable playwright with many works based on her own life experiences. In 1983, she added “Endesha” to her name, a Swahili word that means “Driver – she who drives herself and others forward.”

Charles Payne, I’ve Got the Light of Freedom: The Organizing Tradition and The Mississippi Freedom Struggle (Berkeley: University of California Press, 1995). 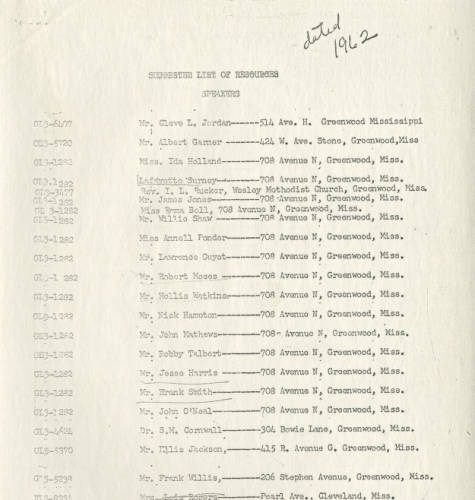 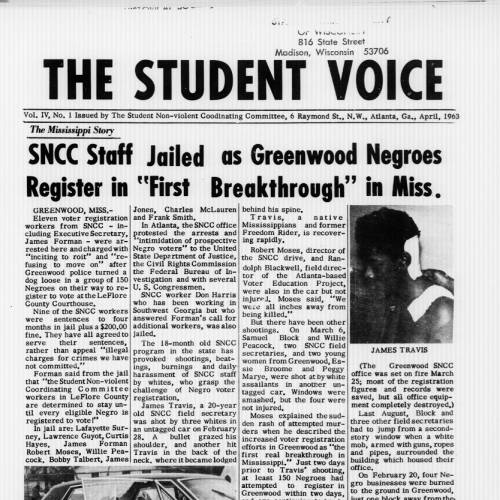 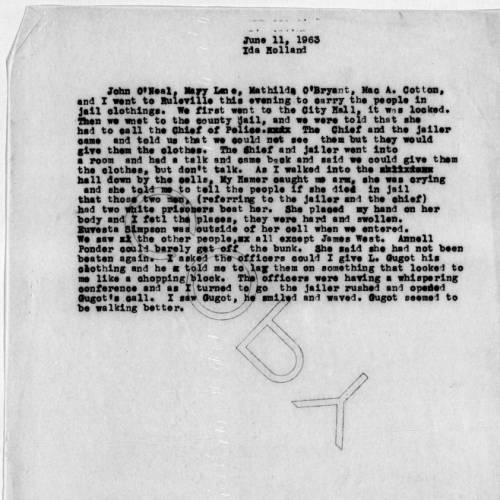