Mathew Jackson liked to say, “If we’re not for ourselves, who can be for us,” and when SNCC entered Lowndes County, Alabama, the Jackson family immediately became one of their biggest supporters. In many parts of the South, entire families proved pivotal to the effectiveness of the Movement. The involvement of Mathew and Emma Jackson and their ten children highlighted how personal and familial ties were integral to SNCC’s ability to gain a foothold that enabled their organizing efforts to proceed. SNCC workers would have had a much more difficult time reaching out to local people and embedding themselves in the Lowndes County community without the Jackson’s support.

The family’s youngest child, John Jackson, Jr., was the first to make contact with SNCC. A school bus driver for the county, John was only sixteen when he first came across a group of young people trying to get his attention along a decidedly rural road. When he pulled over to see what was the matter, one of the SNCC workers climbed onto the bus and told the surprised students that, “There’s going to be a mass meeting. Ya’ll come out.” In spite of warnings, John attended the meeting and soon brought his mother and father along with him. 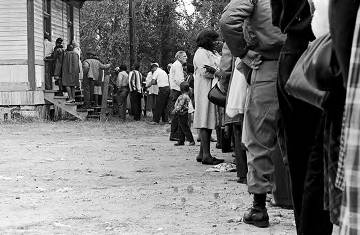 Mathew and Emma Jackson had attempted to register to vote in the spring of 1965, and when their son came home talking about the civil rights workers, they agreed to let SNCC use an empty house they owned in White Hall–a tiny town named for a plantation–as the Freedom House. It gave SNCC organizers a home and helped insulate them from the dangers of organizing in “Bloody Lowndes.”

Though over eighty percent of the Lowndes County population was Black, none were registered to vote in 1960. The Jacksons faced an escalating series of reprisals for their involvement the struggle for voting rights. When word got to a local shopkeeper that they were active in the Movement, he demanded they pay him the $10 they owed him and refused to extend any more credit. Later, a group of men parked a truck outside of the Jackson’s family home and began shooting with rifles. Mathew Jackson returned fire, and the men fled.

The Jacksons provided a safe place for the SNCC workers during their long days of canvassing. They also offered meals, connections to the community, and protection from the violent reprisals of the county’s white population. The Jacksons took in the SNCC organizers and aided them as if they were their own children, schooling them in the ways of Lowndes County. Emma Jackson explained her service to the Movement as also fulfilling her obligations as a Christian. “Your duty is to serve people and I have always wanted to do that. I was taught that.” 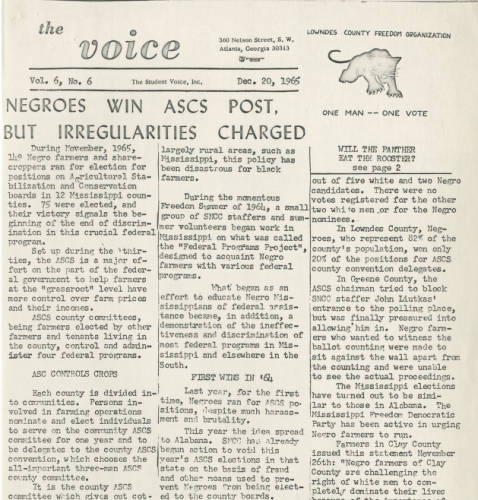