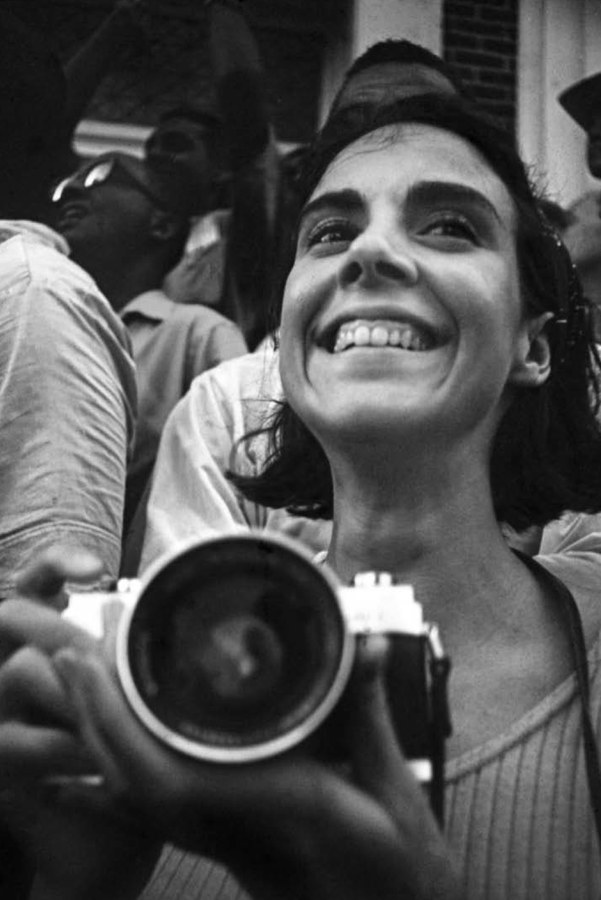 January 1, 1940 –
Raised in several places across the country

Maria Varela was formed in her work as an organizer, educator, writer, and photographer by her experience as a SNCC staff member from 1963 to 1967, working first in Selma and then across the Black Belt South.

Raised Catholic by her Mexican father and Irish mother, Varela first got involved in the Catholic social justice movement by joining the Young Christian Students (YCS) in high school and then again in college. After graduation, Varela was recruited in 1961 to serve as a college campus organizer for the YCS National Office. She traveled across the country, urging Catholic students to support the Civil Rights Movement and especially the sit-ins.

Through this work, Varela met Casey Hayden, who recruited her in early 1963 to work for SNCC in the Atlanta Office. This changed when Bernard Lafayette and Frank Smith, who had recently had worked in Selma, asked that Varela be assigned to work, instead, in Selma to support one of Selma’s civil rights leaders, Father Maurice Ouellet, the pastor of the Black Catholic Parish. Ouellet was a strong supporter of the Movement and had opened his buildings to classes and meetings. He also made repeated requests for a literacy project to assist with voter registration. Worth Long, SNCC Alabama coordinator had also requested literacy programming and welcomed assistance from Varela.

Dissatisfied with the white middle class portrayals in literacy materials, Varela began creating materials that reflected Black people’s lifestyles. After the notorious Dallas County Sheriff Jim Clark shut the Selma program down by arresting Varela’s project staff, she moved to Mississippi (where she herself was arrested several times) and spent the next 3 years responding to SNCC organizers’ requests for adult education and training materials.

Varela was determined that these materials would show Black people taking leadership to change their segregated communities. As there were no existing materials showing Black people in action, she enlisted SNCC photographer Bob Fletcher to take pictures for her various projects. Fletcher eventually challenged her to learn photography and recommended that she study with Matt Herron in New Orleans.

Over the next 3 years, Maria Varela collaborated on a series of books and filmstrips made with photographs and utilizing taped conversations with local leaders including: Something of Our Own (how to set up an okra co-op), Holmes County, Mississippi (political organizing), To Praise Our Bridges (Mrs. Fannie Lou Hamer’s autobiography), and three filmstrips including one on ASCS Elections and one on Cesar Chavez and the United Farm Workers. She also published two poetry books: I Play Flute by Jane Stembridge and Hoe Trails by Charlie Cobb.

One of the responsibilities of SNCC photographers was shooting protests to hopefully constrain and/or document any resultant police violence. In 1966, Maria Varela was assigned to shoot the Meredith March Against Fear in Mississippi where Black Power became the march’s slogan. The media spun the story of Black Power as coming from militant Black northerners rather than indigenous rural southerners. One of her images showed a young local black man who had drawn a black panther on his T-Shirt. “Through the lens, I saw differently,” she recalled, “mirrored in the eyes of that youth was a strength and pride that had been freed from within.”

Maria Varela left Mississippi in late 1967 at an invitation to organize with the Chicano movement in New Mexico, where she continues to live. In 1990, she received a MacArthur Foundation “genius” award for her organizing work.

Leslie G. Kelen, ed., This Light of Ours: Activist Photographers of the Civil Rights Movement (Jackson: University Press of Mississippi, 2011), 217-222. 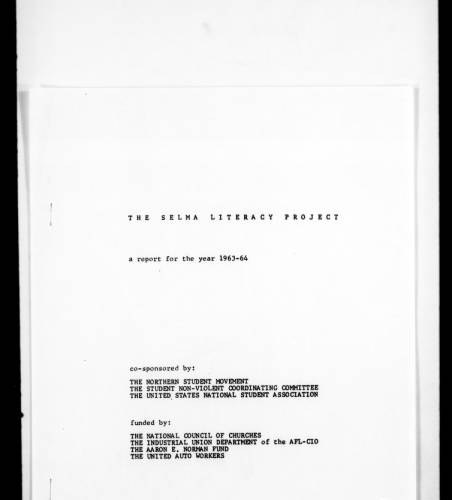 “The Selma Literacy Project: A Report for the Year 1963-64,” Lucille Montgomery Papers, WHS