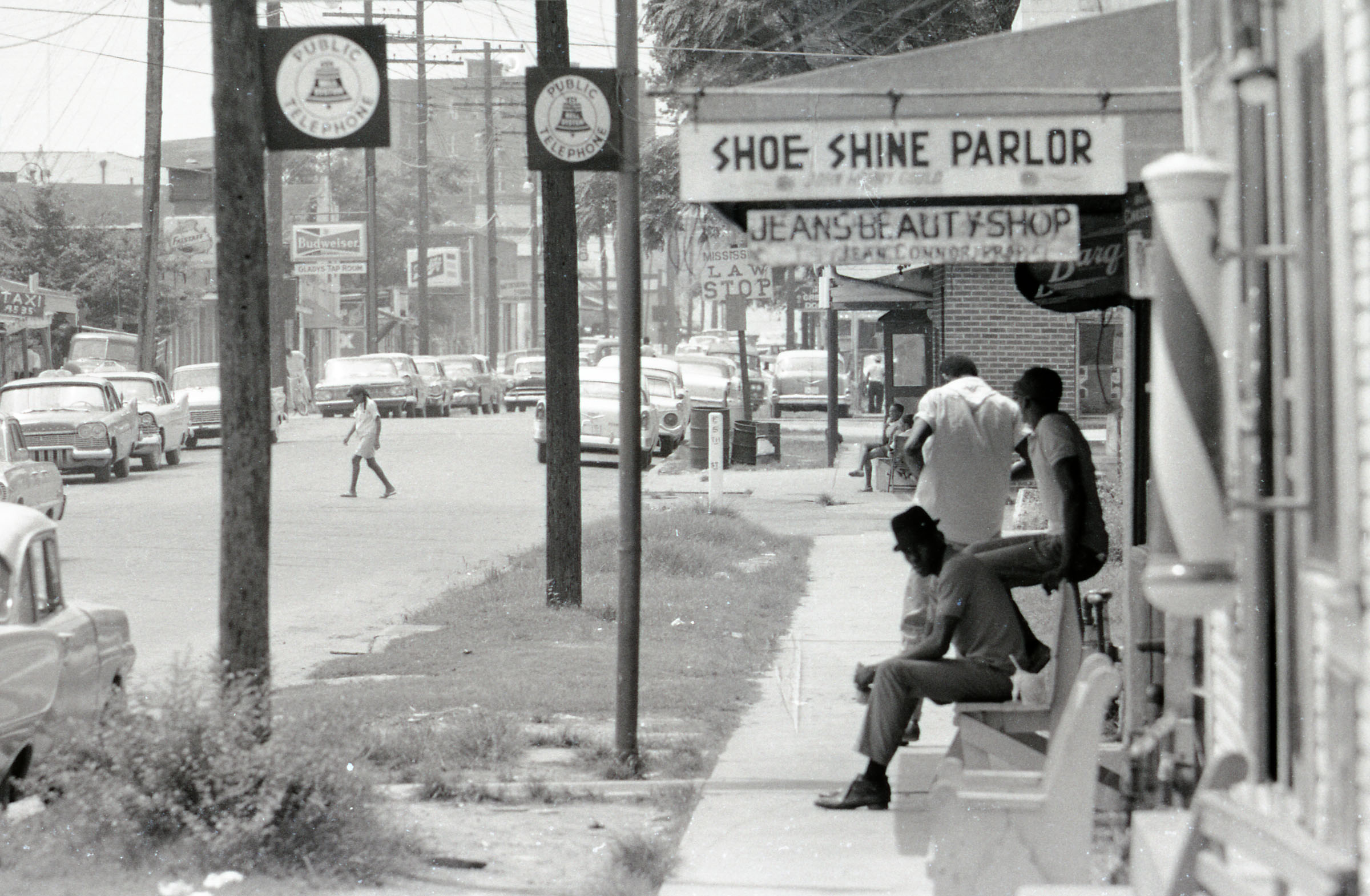 When two young SNCC organizers, Curtis Hayes and Hollis Watkins, came to Hattiesburg, Mississippi in 1962, Peggy Jean Connor, owner of a beauty shop, was curious. She had no plans to become involved with these “freedom riders.” But when the two organizers set up a Council of Federated Organizations (COFO) office right across from “Jean’s Beauty Shop” on Mobile Street, she decided to check it out. And she got involved.

Connor came from a tradition of civic engagement. Her father, John Henry Gould, was a registered voter in Mississippi in the 1930s and 1940s before being dropped from the rolls.

She went with her father to voter registration meetings held at St. John’s Methodist Church in Palmers Crossing. At one of the meetings, local movement stalwart Victoria Gray asked Connor if she would be interested in becoming a citizenship teacher. Connor agreed and went down to Dorchester Cooperative Community Center in McIntosh, Georgia for a training workshop hosted by SCLC.

As a citizenship teacher, Connor not only worked through the process of registering to vote with her students but also taught them how to understand, interpret, and apply the Constitution. But when time came to register, Black residents in Hattiesburg were faced with notoriously impossible questions to intentionally keep them off the rolls. Theron Lynd, the Forrest County circuit clerk and registrar of voters, would ask registrants things like, “How many bubbles are in a bar of soap?” The Mississippi Democratic Party was lily-white at the time, and many wanted to keep it that way.

Still looking for entry into the political process, Connor and others decided to take matters into their own hands, “We would go and try to register; couldn’t register. And then when we decided to go to the meetings, we couldn’t get in the meetings. And that just frustrated us really.” In April 1964, they founded the Mississippi Freedom Democratic Party (MFDP), a parallel political party that would be open to all, regardless of race. Going door-to-door, the MFDP began registering people and organizing meetings on the precinct, county, district, and state levels. Connor was named chairperson of her precinct, known as the “library precinct” in Hattiesburg, and eventually became the executive secretary of the MFDP. 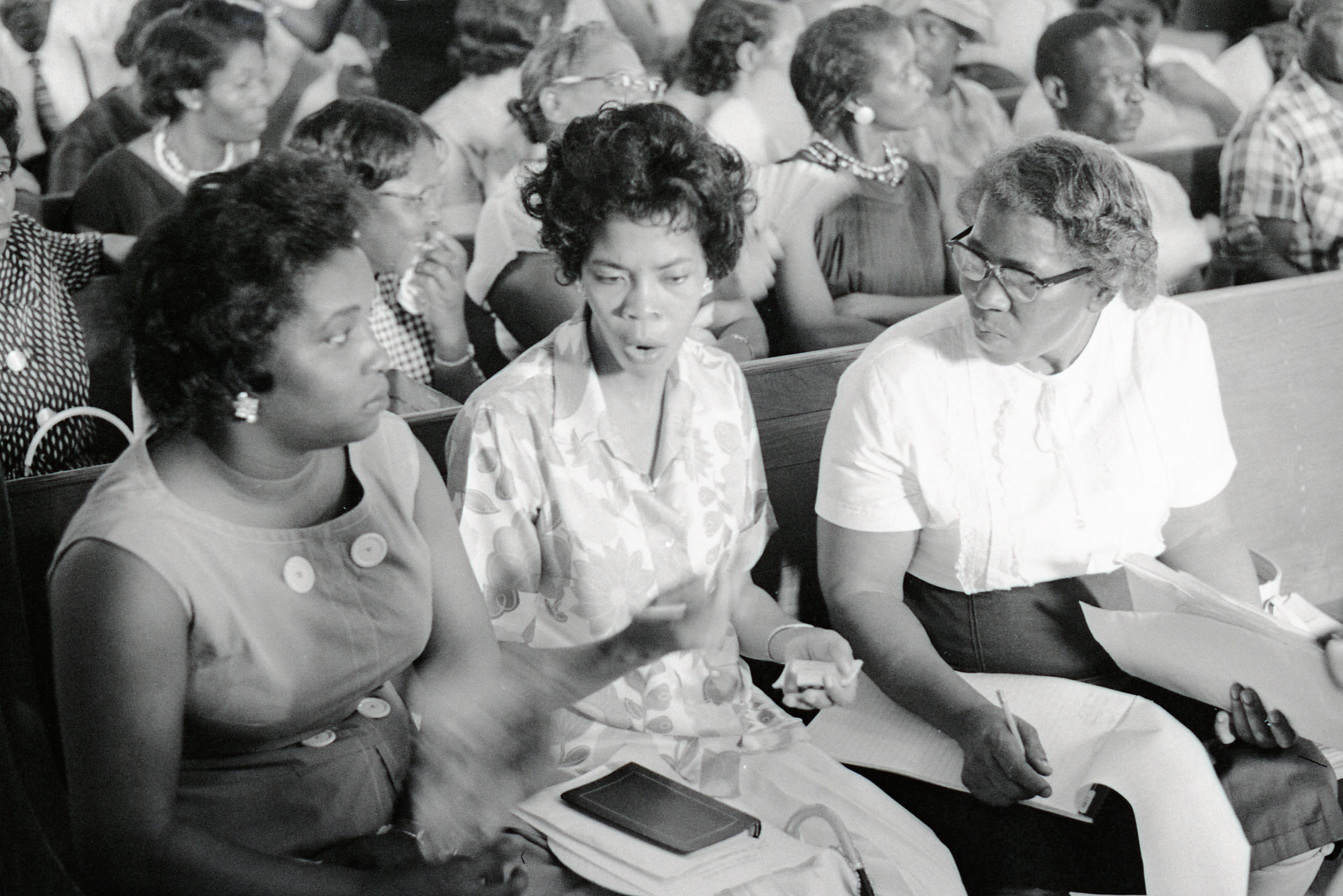 Connor was also one of the MFDP’s delegates to the Democratic National Convention in 1964, which resulted in a refusal to accept the two-seat compromise offered by Democratic Party leaders. On the way home from Atlantic City, a group of angry whites attempted to stop the MFDP’s bus. Connor, this “little, sweet, nice lady,” left her seat and walked up to the bus driver, pulling out a large knife. “‘Now, if this bus stops, your head comes off,’” SNCC project director Lawrence Guyot remembered her saying. He saw that she “understood that the right to vote was tied to the right to live and die.”

In the mid-sixties, Connor and other movement folk filed suit against Paul B. Johnson, the governor of Mississippi, to protest the legality of multi-member districts. After many years, the U.S. Supreme Court ruled in Connor v. Johnson that the apportionment provisions in the Mississippi Constitution and statutes contradicted the Equal Protection Clause of the 14th Amendment of the U.S. Constitution and were therefore unconstitutional. Years later, when called for jury duty, Connor proudly responded on her form that, yes, she had previously sued: “I filed suit against the state of Mississippi,” and won.

James Forman, The Making of Black Revolutionaries (Seattle: The University of Washington Press, 1985), 411-432. 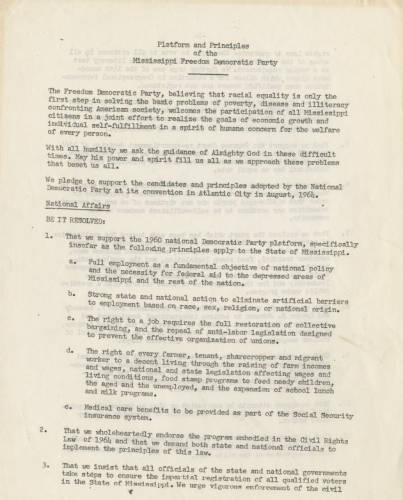 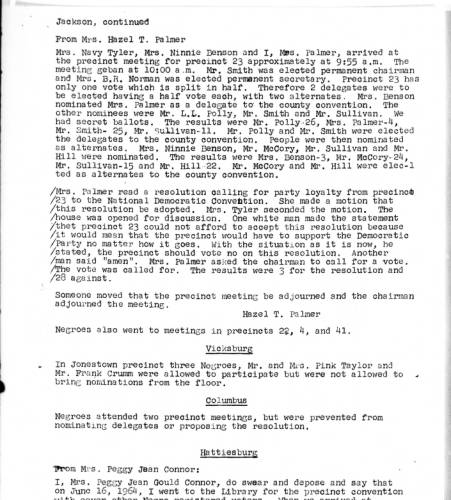