On Friday, March 23, and Saturday, March 24, 2018, in Durham, North Carolina, the SNCC Legacy Project, Duke’s Center for Documentary Studies, and Duke University Libraries will host closing events for the SNCC Digital Gateway, a project made possible by the generous support of The Andrew W. Mellon Foundation. This two-day symposium will reflect on the creation of the SNCC Digital Gateway, where those who made the history are central to telling the story. Activists, scholars, and archivists together reflect on how SNCC’s organizing can inform struggles for self-determination, justice, and democracy today. We hope you can join us!

In the morning, partners of the SNCC Digital Gateway Project will share the model they evolved to collaborate with activists, library professionals, and scholars. We see this as a departure point for future collaborations, where those who made the history are central to telling the stories at every level of digital humanities production. In the afternoon, scholars, students, public historians, digital humanists, librarians, and archivists will engage in conversations with other practitioners about the nuts and bolts of undertaking respectful, collaborative digital humanities work.

Reception for The Activist Archive: SNCC Collections in the Rubenstein Library

In the evening, a reception will be held in honor of a new exhibit featuring selections of SNCC collections found in Duke’s special collections. It includes materials from SNCC veterans Charlie Cobb, Courtland Cox, Judy Richardson, Larry Rubin, Cleveland Sellers, and Maria Varela, all donated to the John Hope Franklin Research Center for African and African American History and Culture during the course of the SNCC Digital Gateway Project.

Day Two: Learn from the Past, Organize for the Future

On Saturday, activists, community members, teachers, students, nonprofits, and scholars will explore how SNCC’s organizing can inform today’s struggles for self-determination, justice, and democracy. Contemporary and veteran activists will share their approach and strategies regarding electoral politics and power, grassroots organizing, art and culture in the Movement, controlling the public narrative, coalition building, addressing internal conflicts, and more. Ash-Lee Henderson, co-executive director of Highlander Research & Education Center and phillip agnew (formerly umi selah), co-founder of the Dream Defenders, will be a part of a day designed to build connections between activists of all ages and fuel the ongoing struggle.

A closing reception for the SNCC Digital Gateway Project featuring a keynote by Ash-Lee Henderson, co-executive director of Highlander Research & Education Center, and music by Zoocrü. 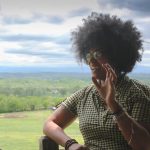 Ash-Lee Woodard Henderson is a 32 year old, Affrilachian (Black Appalachian), working class woman, born and raised in Southeast Tennessee. She is the co-executive director of the Highlander Research & Education Center in New Market, TN. She has served in positions of leadership for many organizations including being the past president of the Black Affairs Association at East Tennessee State University and the Rho Upsilon Chapter of Delta Sigma Theta Sorority, Inc. She holds a B.A. in English with a minor in African and African American History. She has extensive experience with community organizing and is a former staff member of the Chicago SNCC (Student Nonviolent Coordinating Committee) History Project, and a past member of the United Students Against Sweatshops National Coordinating, Political Education and Collective Liberation Committees.

Additionally she is a long-time activist working around issues of mountaintop removal mining, and environmental racism in central and southern Appalachia, and has served on the National Council of the Student Environmental Action Coalition. She is also an active participant in the Movement for Black Lives. Ash-Lee is an active participant on the governance council of the Southern Movement Assembly, organizer with Concerned Citizens for Justice (Chattanooga, TN) and a member and former regional organizer at Project South: Institute for the Elimination of Poverty & Genocide. 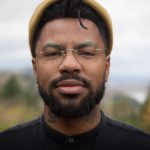 phillip agnew, a native of Chicago, Ill., found his voice as a community activist while a student at Florida A&M University.

In 2005, he helped to organize students from FAMU, Florida State University and Tallahassee Community College in the creation of the Student Coalition for Justice, which was formed in response to the murder of Martin Lee Anderson in a Florida boot camp.

In 2012, he co-founded the Dream Defenders and now serves the organization as its Co-Director.

The LeRoy T. Walker Physical Education and Recreation Complex is located down the hill from the Alfonso Elder Student Union on Nelson Street. Click here for a campus map.

A limited number of parking permits are available for Friday’s events on Duke University’s Campus. Please email kcd15(at)duke(dot)edu to request a permit. There is free parking available for Saturday’s events at North Carolina Central in any of the lots off of Nelson Street. For the reception on Saturday evening, there is street parking available on Broad Street near Palace International.

The SNCC Legacy Project (SLP) was begun to preserve and extend SNCC’s legacy. Although SNCC the organization no longer exists, we believe that its legacy continues and needs to be brought forward in ways that continue the struggle for freedom, justice and liberty. To that end, the SLP is taking a multi-level approach: archiving SNCC documents both digitally and where possible, physically in a manner that protects them and makes them easily available for use; encouraging and assisting in the development of books and other media by SNCC veterans with the idea of having the stories and interpretation of SNCC’s work told by its veterans; developing with colleges and universities a program of SNCC visiting professors and scholars who would in formal and informal ways interact with young people on campuses and take advantage of campus resources to begin telling the story as it should be told; and finally anchored by the Algebra Project and Young Peoples Project pursue one of the still great unfulfilled needs of the Freedom Movement: Quality Public Education as a Constitutional Right. Built into our efforts is the determination to see that our legacy, the legacy of freedom struggle, is passed from our generation to future generations.

The Center for Documentary Studies was founded in 1989 at Duke University as the first institution in the United States dedicated solely to the rich legacy and continuing practice of the documentary tradition. Created through an endowment from the Lyndhurst Foundation, CDS has focused since its early days on cultivating new talent in the documentary field, with an emphasis on the role of individual artists in contributing to society. Our broad educational mission is to teach the documentary arts— photography, film, audio, writing, and other creative media; to produce and promote documentary work; and to present the documentary arts to audiences at home and abroad.

The Duke University Libraries are the shared center of the university’s intellectual life. The William R. Perkins Library, Bostock Library, David M. Rubenstein Rare Book & Manuscript Library, and von der Heyden Pavilion comprise the university’s main library complex, which is joined on East Campus by the Lilly and Music Libraries, and by the Pearse Memorial Library at the Duke Marine Lab. Together with the separately administered libraries serving the schools of Business, Divinity, Law, and Medicine, they comprise one of the nation’s top 10 private research library systems.

Many thanks to our wonderful co-sponsors who have helped make this event possible: