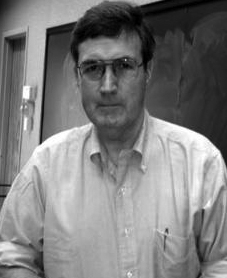 Just one day after Trinity College junior Jack Chatfield arrived in Southwest Georgia, he was shot. It happened on the night September 6, 1962. A group of night riders attacked the home of Mrs. Carolyn Daniels where he was staying and fired dozens of shots into the clapboard walls. Her home in Dawson served as a base of operations for SNCC’s voter registration effort in Southwest Georgia. The shots tore through the thin walls, wounding Chatfield in the arm.

Unfazed, Chatfield remained in Southwest Georgia for two more years, and the shooting that wounded him was just the first of many incidences of violence that the SNCC workers in the region would have to face in their quest “to craft a social movement that symbolized a new approach to race.” Just days being Chatfield was shot, SNCC co-workers Prathia Hall, Joyce Barrett, and Joni Rabinowitz were arrested and put in jail for demonstrating against segregation in Albany. Chatfield and Willie Ricks stood in silent vigil in front of the Albany city hall protesting the arrest of the group and were themselves put in jail.

The Baltimore, Maryland-native and history major was drawn to the Black student movement in the South after learning that his friend and Trinity College roommate Ralph Allen had been badly beaten in Georgia. Taking a bus to Georgia, Chatfield joined SNCC’s Southwest Georgia project headed by Charles Sherrod. He showed his commitment to SNCC early.

In the reports he filed, Chatfield addressed how national media attention combined with the tenacity of the local activists shaped the patterns violence in region. Whereas violence during the summer of 1962 had stirred up “enough publicity to choke a hog,” the lack of public police violence toward demonstrators in 1963 made Georgia “appear to be an acquiescent, outwardly peaceful stretch of acreage.” Acknowledging the enormity of the task that lay before SNCC, he pointed out that, “when you have conquered the mobs and the violence you have only pinched a sand grain from your eye.”

Following activism in Southwest Georgia, Chatfield returned to Trinity College where he received a bachelor’s degree. He would later go on to become a professor of history there, and in 1988 he organized and hosted the conference entitled: “We Shall Not Be Moved: The Life and Times of the Student Nonviolent Coordinating Committee, 1960-1966.”

“We Shall Not Be Moved” SNCC Advertisement, undated, Sally Belfrage Papers, WHS 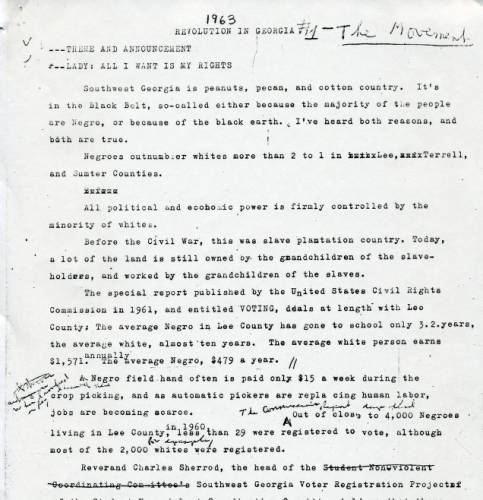