As a Black landowner in Lowndes County, Alabama, Sidney Logan, Jr. was accustomed to not taking sides in order to get along. But in 1965, Logan went to the inaugural meeting of Lowndes County Movement for Human Rights (LCCMHR) and listened to the movement song, “Which Side Are You On?” The following day, he was confronted by whites who angrily accused him of “messing around” with civil rights activists and advised him to stop. Deputies of the sheriff had taken down the license plate numbers of those at the meeting. Then and there, Logan knew he had his answer.

Sidney Logan, Jr. was a World War II veteran. The eighty-acre farm he owned provided food for his family, but he also operated a hauling business that relied on white and Black customers. Logan and other older members of the community had long sought to end white terror and intimidation in the county, but organizing in “Bloody Lowndes” was a risky proposition. SNCC workers, arriving in Lowndes after the Selma-to-Montgomery march had ended, were excited to find the beginnings of grassroots activism. But John Hulett, Logan, and many of the other locals were cautious about embracing the young activists. SNCC workers soon won them over. 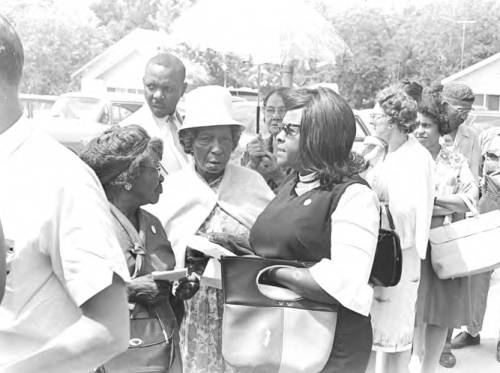 Sidney Logan threw himself into local organizing, even as his hauling business was boycotted. He became the treasurer of the Lowndes County Freedom Organization (LCFO) and then its candidate for sheriff in 1966. Before the election, he told a visiting reporter that, “I feel that the time has come for us, who have not been protected by the law, but brutalized by it, [to] begin to take action to see that justice is done without fear or favor.”

Logan recognized that, “winning political power required more than merely having the right to vote, or even having Black candidates to vote for.” Instead, “it required elevating people’s political awareness and mobilizing the Black electorate.” This understanding had pushed Logan and many others into the independent political party orientation. The symbol of the Lowndes County Freedom Party was a snarling black panther. Logan summed up the goals of Lowndes County’s black panther party. “We ain’t backing up…we’re looking for power,” he declared.

Susan Youngblood Ashmore, Carry It On: The War on Poverty and the Civil Rights Movement in Alabama, 1964 – 1972 (Athens: University of Georgia Press, 2008). 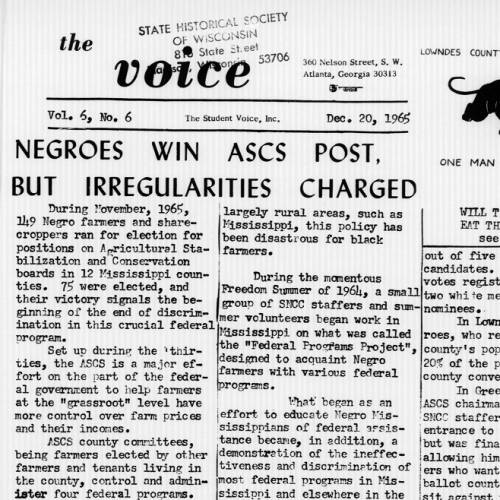