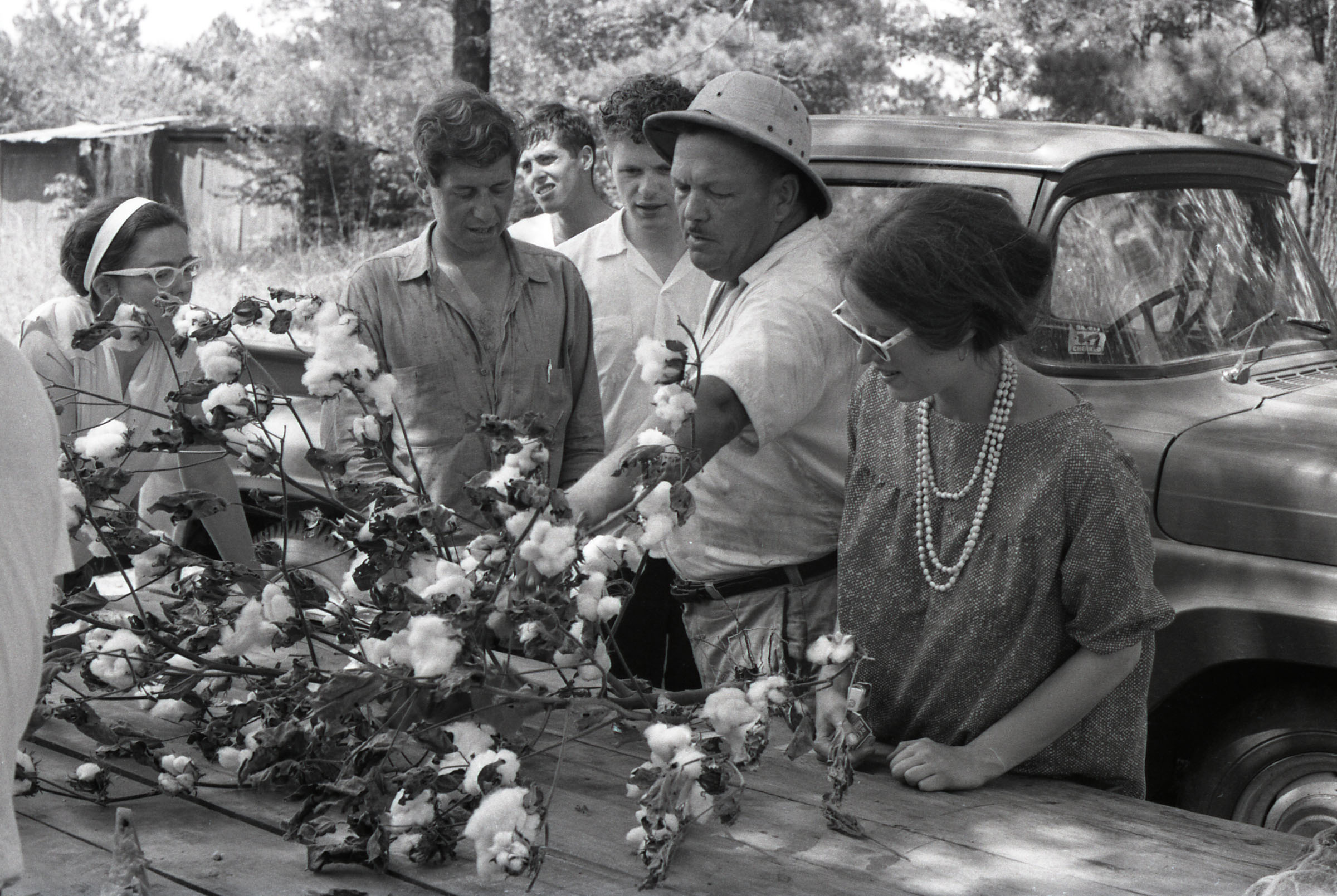 Vernon Dahmer dedicated his life to the power of the vote and the potential of young people. His determination to fight for voting rights taught two young SNCC organizers, Hollis Watkins and Curtis Hayes, who came to Hattiesburg from McComb, the value of embedding themselves into the community. After hearing about the student protests in McComb, Dahmer asked the two–SNCC’s newest field secretaries –to work on a voter registration project in Hattiesburg. The Dahmer farm quickly became a home away from home, a place where they not only planned Hattiesburg’s voter registration project but also came together and celebrated. Dahmer himself spent most of his time caring for his farm but always made sure that the SNCC organizers accompanied him to church, where he talked with his neighbors about registration.

Dahmer, a family man and independent farmer, cared deeply about his neighbors. He was an outspoken civil rights activist and the president of the Forrest County NAACP. Like many older adults in Mississippi, he used his lifelong friendships with local people to help young SNCC organizers become as much of a part of the community as he was. Though Hattiesburg had a strong community of independent Black landowners, the local circuit clerk, Theron Lynd, did everything in his power to maintain white control. When Black voters attempted to register, Lynd asked impossible-to-answer questions, such as, “How many bubbles are in a bar of soap?” Vernon Dahmer led the civil rights attack against such unfair exercises of power. As SNCC organizer Lawrence Guyot said, “Vernon Dahmer made the difference.”

Dahmer had been an advocate for young people long before SNCC’s arrival. He mentored and supported SNCC’s Joyce and Dorie Ladner as they grew up in Hattiesburg. He took the Ladner sisters and other high school students to NAACP protests after they told him about their anger after the murder of Emmett Till. The Ladners became key SNCC organizers.

In the 1950s, Dahmer and Medgar Evers founded a youth NAACP chapter in Hattiesburg. However, when its young president, Clyde Kennard, tried to enroll at a segregated college, he was framed for a petty crime and sentenced to seven years in prison. When Kennard became seriously ill, his jailers refused to give him medical treatment. He died not long afterwards.

Grief-stricken and angered by Clyde Kennard’s death, Dahmer continued to pursue change, driven by his belief that “If you don’t vote, you don’t count.” For many years, the Dahmers had lived, worked, and raised their children under the constant prospect of violence. Dahmer and his wife Ellie slept in shifts every night because of constant death threats. They made sure their son, Dennis, knew how to drive even at a young age so that he could take his father to the hospital. Ellie Dahmer often answered the door for her husband, hoping that the Klan would hesitate before shooting a woman.

On January 9, 1966, Dahmer announced on the radio that he would pay the poll tax for anyone who couldn’t afford it. Late that night, the Klan firebombed the Dahmers’ home. A guardian and protector until his last, Vernon fired shots at his attackers as his wife and children fled to safety. He died the next day in the hospital, his lungs scorched from the flames. 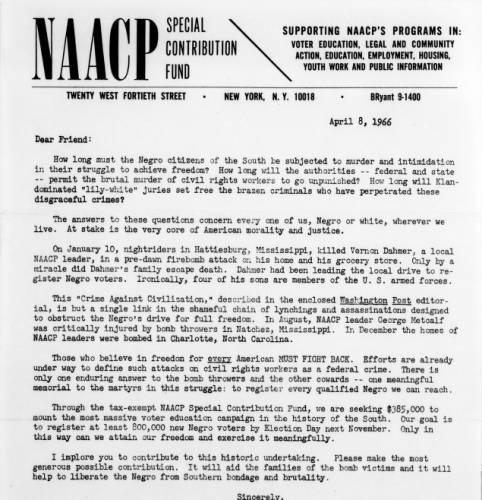 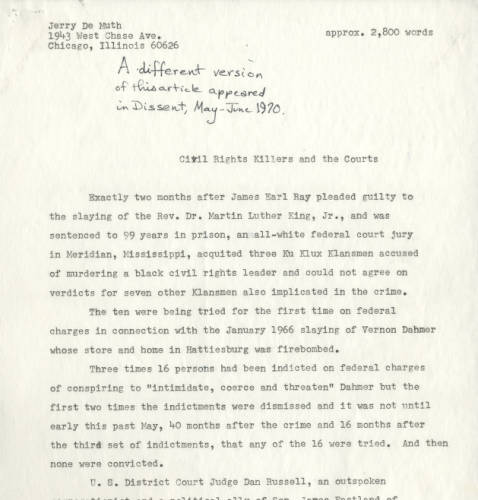