Sit-ins did not begin in 1960 with the students who would found SNCC. One important site of early sit-ins was Washington, D.C., “where Jim Crow rides the American eagle,” explained Pauli Murray, a Howard University law student who would lead the direct action in 1943. The city was as segregated as Jackson, Mississippi, by custom, not law.

Uncle Sam was calling on young black men to go and fight in a war for democracy abroad, so its denial at home was a cruel joke, especially for the male students in Howard’s Law School who were subject to the draft. “I don’t want to fight in a Jim Crow army,” and “I’d rather die first,” were the daily comments muttered on campus.

In January, three Howard women were arrested at a United Cigar store on Pennsylvania Avenue. The students had first been refused service. Once they finally received their hot chocolate after insisting on seeing the manager, they were overcharged. They paid what they owed and left the restaurant. However, outside, they were placed under arrest on the suspicion of being “subversive agents.”

Meanwhile, men in the law school had been having a “bull session” to plot a direct attack on Jim Crow. William Raines, a second year student, had been pushing “the stool-sitting technique,” proposing that Howard students go downtown during lunch hour and remain seated if refused service. “If enough people occupy seats, they’ll lose so much trade, they’ll start thinking,” he explained. One Howard student, Ruth Powell, had been carrying this out on her own, sitting for hours and staring at the waitresses who refused her service.

In February, supporters of Raine’s “stool-sitting” idea circulated a questionnaire on campus to judge what faculty and students thought about staging an active campaign against segregation in Washington, D.C. The overwhelming majority of students who responded believed that Black students should be involved in the struggle for equality, with almost 75% indicating that they would actively join a campaign to dismantle segregation in Washington. That March, Pauli Murray and fellow Howard students formed a Civil Rights Committee within the campus NAACP chapter for the purpose of bringing equal accommodations to D.C.

On an afternoon in mid-April 1943, Pauli Murray and group of female students walked to the Little Palace Cafeteria on northwest U Street, not far from the Howard campus. It was one of four areas stores that served whites only. Three students entered the cafeteria while one “observer” waited outside. They requested service, and when they were refused, took their seats and pulled out magazines, pencils, pads and poetry books. More students entered every five minutes until the café was filled with people awaiting service. Panicked and unwilling to serve Black students, management closed the cafeteria within forty-five minutes.

The students then moved their protest outside, holding signs that read “There’s No Segregation Law in D.C.—What’s Your Story Little Palace?” and “We Die Together—Why Can’t We Eat Together?” Within two days, the loss of money pushed the cafeteria to change its segregation policy.

One year later, the student committee took its fight against segregation downtown. On a Saturday afternoon in April 1944, a group of impeccably dressed students requested service at a Thompson’s cafeteria on 14th and Pennsylvania Avenue. Some maintained a picket line outside while 55 of their peers sat patiently reading books. Thompson’s had lost 50 percent of their service 4 hours later, and when the management called its headquarters in Chicago, the Washington, D.C. restaurant received orders to serve them.

When Howard’s administration heard about these sit-ins, they directed students to halt their protests. A grant from the federal government supplied 60 percent of the university’s income, and President Mordecai Johnson feared that the students’ actions would compromise this relationship with Congress. While the desegregation of Thompson’s cafeteria was short-lived, the effectiveness of the ‘sit-in’ technique was clear, and twenty years later groups of students attending historically black colleges and universities would take it up as their own. 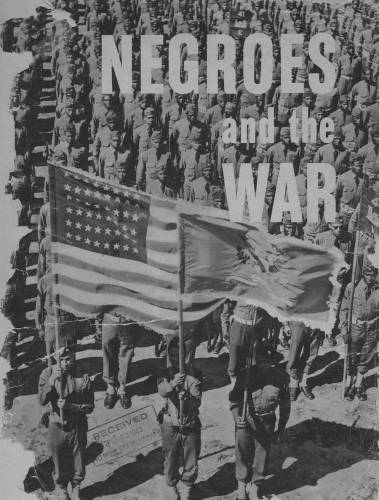