Dr. Robert Smith, known in Mississippi as the “doctor to the movement,” earned his M.D. from Howard University in the mid-fifties. A native of Terry, Mississippi, he returned to his home state after a brief internship in Chicago. He found a physician’s job at a hospital for the mentally ill outside of Jackson and befriended NAACP leader Medgar Evers. Soon he became involved in the groundswell of civil rights activity in the state’s capital as well. At some risk, he did what very few Black doctors in Mississippi were willing to do; he started treating the civil rights workers from SNCC and CORE.

Only a handful of Black doctors, and almost no white doctors, were willing to work with the young activists. Of those, Smith and Dr. James Anderson handled most of the work. They treated the civil rights workers for a range of ailments, from small injuries to serious emotional and physical damage. So when Bob Moses told Smith about a potential summer project in 1964 involving hundreds of northern volunteers, Smith immediately sent feelers to progressive medical circles in the North, asking for help.

Tom Levin, a white psychologist from New York City, responded. Levin who was at the heart of a network of progressive and left-leaning medical professionals in the Northeast wasted little time bringing a group of medical professionals together. And by mid-June, they formally organized the Medical Committee for Human Rights (MCHR). In counsel with Dr. Robert Smith in Mississippi, the MCHR developed a four-point program for Freedom Summer: to administer first-aid to civil rights workers and local Black people; to help people get access to local doctors and hospitals; and to help Black and white healthcare personnel already working in the state. 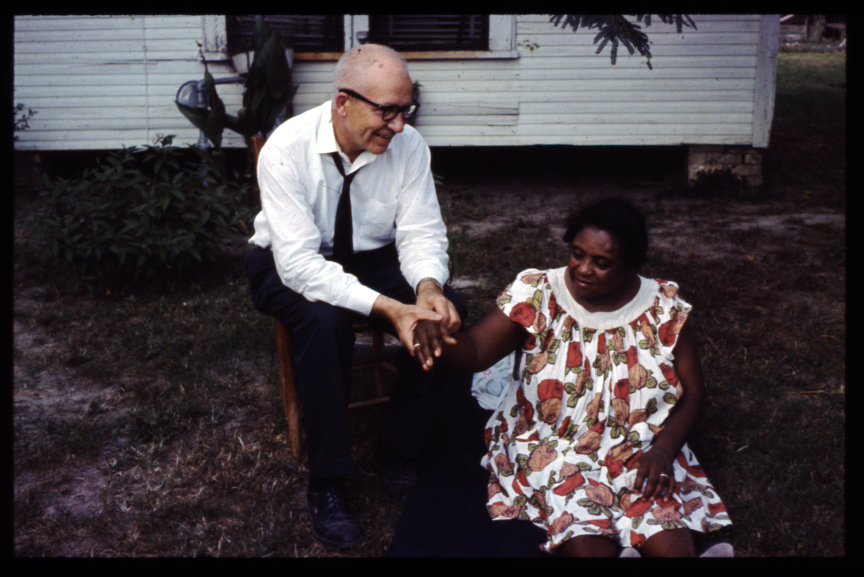 Roughly 100 MCHR volunteers came to Mississippi during the summer of 1964. They fanned across the state, setting up informal clinics at community centers and Freedom Schools. Though the state of Mississippi’s medical director Archie Gray refused to give the volunteers licenses to practice medicine, most of the doctors and nurses did what they could to help out local communities. Carolyn Lane, a nurse stationed in Clarksdale, “visited homes, taught infant care, dressed wounds, helped prepare meals.” She also helped purchase basic medical supplies, like thermometers and toothbrushes, for local Black people who had been denied access to healthcare.

They soon learned it was not only the state that they were up against. Even national governmental and non-governmental organizations resisted their presence. The American Medical Association, for example, up until the late 1960s supported an official policy that allowed affiliated state groups to be racially-segregated, which resulted in African-American physicians being denied hospital privileges.

In order to have a more permanent operation in the state’s Delta region, MCHR set up a small clinic in Mileston in Holmes County. The clinic, originally staffed by nurses Josephine Disparti, Patricia Weatherly, and Helene Richardson, pioneered a community-oriented primary care program that involved local people in the decision-making process. The nurses provided basic health care for the county’s Black population, and Dr. Alvin Poussaint made weekly trips from Jackson to do physical examinations and dispense drugs. Not only did the clinic provided essential medical care, but it also helped the local Black community organize around healthcare issues. Local people formed the Holmes County Health Association as a forum to discuss the deficiencies in the county’s healthcare system.

Though functioning for only two years in the state, the MCHR modeled an approach to medical care for new organizations that succeeded it, such as Physicians for Human Rights and Physicians for a National Health Program. 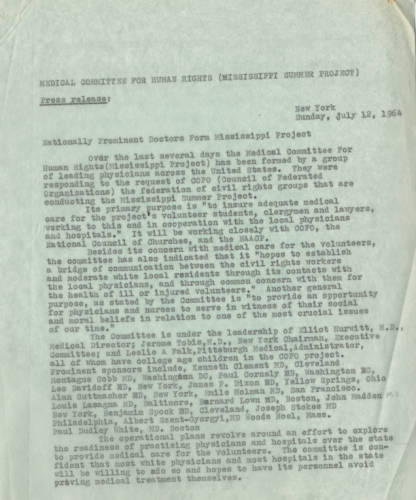 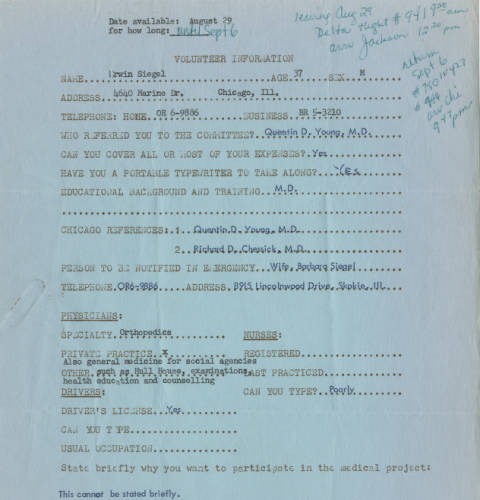