After years of organizing, more than five hundred delegates from across the African diaspora convened at the University of Dar es Salaam in late June 1974 for the Sixth Pan-African Congress (6PAC). Julius Nyerere traced the history of the Pan-African Congresses in his opening address and laid out what he saw as the purpose of the first Congress to be held on the African content: “to discuss the means, and further the progress, or opposition to racialism, colonialism, oppression and exploitation everywhere.” He called for a worldwide movement for “human equality and national self-determination.”

For many of the Black American delegates, they saw developing skills and expertise in science and technology as key to achieving self-reliance and independence for Africa and African people. This was also an idea that had the support of Julius Nyerere. 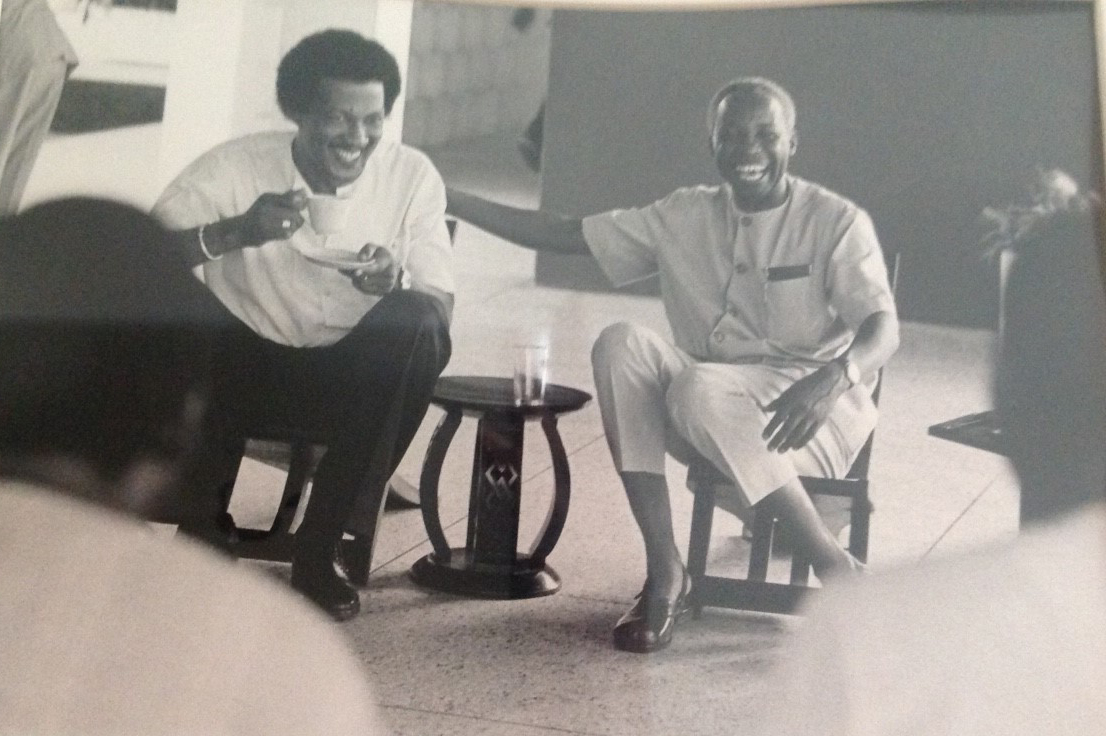 Bringing skills in science and technology was something that the North American delegation felt they could tangibly contribute to the Congress, otherwise filled with with state representatives and liberation movements. 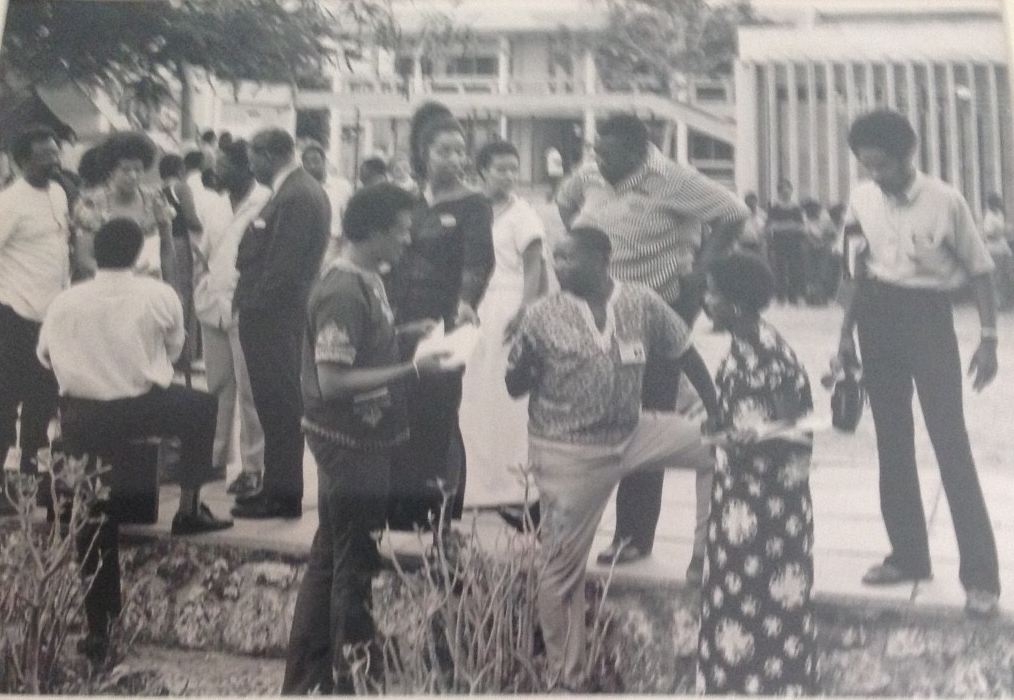 Organizers and participants of the 6th Pan African Congress gathered outside, 1974, Courtesy of Courtland Cox

During the Congress, Courtland Cox helped convene proceedings as the secretary general, while Geri Augusto and Kathy Flewellen flew from location to location, making sure that everything was running smoothly, that the journalists were in the right place, and that the translators from the OAU didn’t go on strike. “Talk to the Africans as much as you can,” was Augusto’s advice whenever she passed members of the North American delegation. “I thought that’s the best advice I could give because that’s what happened to me, which is why I now understand it differently.”

Geri Augusto “Talk to the Africans”

The Sixth Pan-African Congress was an enormous international gathering, groundbreaking the central role that newly independent African states played in its proceedings. As Geri August recalled of the outcomes: 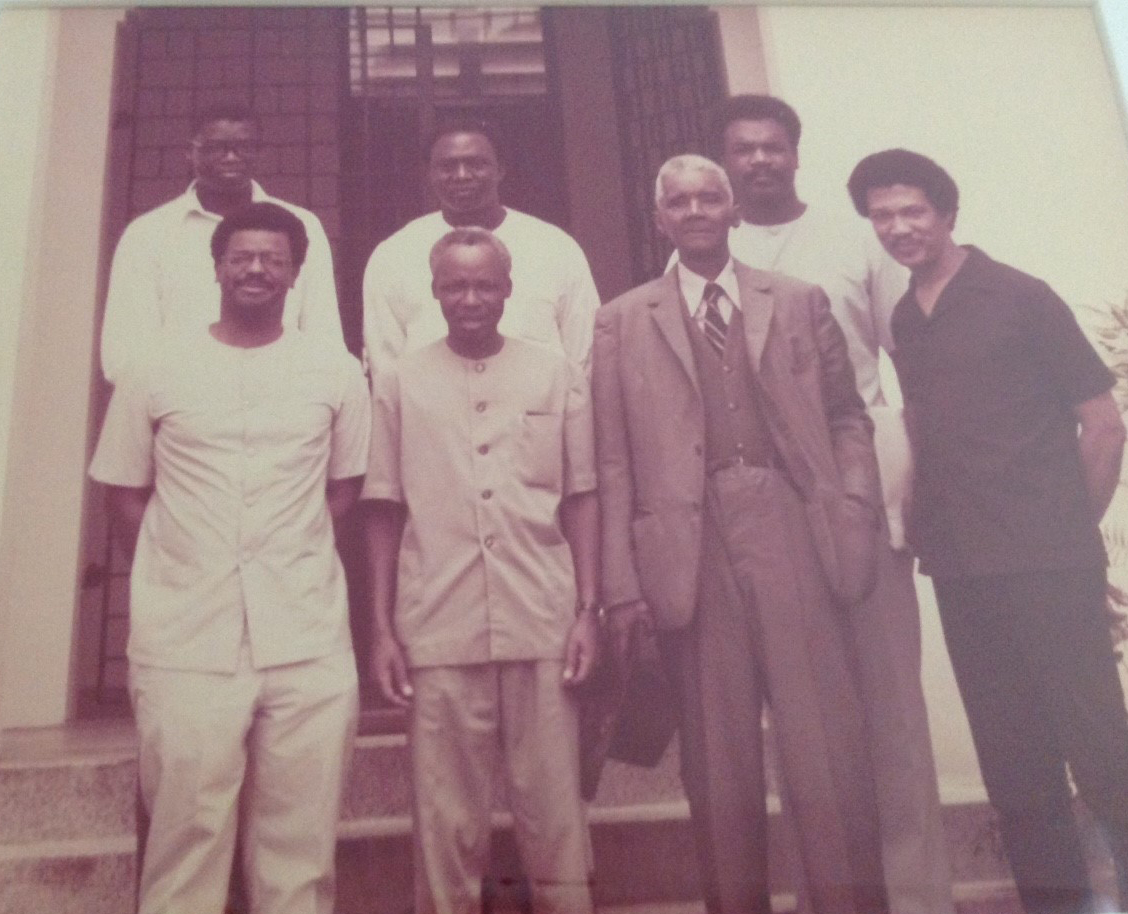 For their part in organizing the gathering, Courtland Cox and Geri Augusto found themselves trailed and surveilled by agents of the U.S. Government. They were detained in airports for hours, had FBI agents visit their houses, and had their mail searched.

Geri Augusto “You Knew It Was Gonna Be Intercepted”