By the end of 1964 and early into 1965, it was a given that any materials produced for adult education or communication would have photographs showing Black people taking leadership. Around the middle of 1966, we went the next step from using images in print publications to using them in filmstrips.

The advantages of filmstrips were numerous:

Filmstrips also forced people inclined to ramble or use abstract terms to break down the information concretely in a more story-like approach.

If You Can Farm, You Can Vote

ASCS filmstrip, “If You Can Farm, You Can Vote,” SNCC Adult Education Material, Courtesy of Maria Varela

One of the first filmstrips we made was about the election of farmers to local ASCS (Agricultural Stabilization and Conservation Service) Committees. These committees decided how many acres could be planted each year in various crops. In Mississippi cotton was the biggest crop they regulated. Because in every county across the South the ASCS was in the hands of white farmers, the extra acres were always allotted to big farms and plantations, excluding Black farmers.

We took complicated technical material about the elections to create a filmstrip that made clear a process that had long tried the patience of organizers. The text for “If You Can Farm, You Can Vote” came from a meeting we recorded of farmers organizing themselves to nominate candidates, as well as an interview with Mr. Luther Honeysucker, who in 1965 won a seat on the ASCS committee candidate of Madison County, Mississippi.

The filmstrip’s results were impressive. “For the first time, I understand this business with the envelopes,” one local person announced. Staff and community members who had used the strips passed on other remarks they had heard from farmers:

Now, I understand what this cotton committee is all about.

Now I understand why it’s important for us to elect a lot of people all over the county.

We had hoped that local leadership across the Black Belt would take over these tools and not always depend on the SNCC Photo Department or me to create these materials. However, we had not paid attention to how labor intensive it was to create a filmstrip. The whole front end took probably weeks if not months to do. The images for the strip had to be collected and/or shot or or drawn. Then using a copy camera, the images had to be shot in order. If we messed up, we had to start all over again. But once the negative was made, we could produce 20-25 strips in a day at a cost of roughly $1.00 apiece. The other advantage was that with the books, we had to hand-deliver them all over the Black Belt. With filmstrips, we could simply drop them in the mail.

We made a three-part filmstrip in 1967 featuring the efforts of California agricultural workers, led by César Chavez to organize a union: the United Farmworkers Organizing Committee (UFWOC).

These strips were made at the request of organizers in the Mississippi Delta working with the Mississippi Freedom Labor Union. I produced the filmstrips and used photographs taken by George Ballis.

Besides sharing the experiences of the farmworker union in building membership, surviving strikes and creating pressure on the growers, the strips had other purposes.

The Union was and continues to be a family-centered organization where even the children receive union membership cards. It created an infrastructure of programs that supports families … especially if workers were on strike. UFWOC had clinics, funeral insurance, visiting nurses, and a credit union enabling workers to by-pass expensive pay-day lenders. For striking workers, there were food and clothing banks and emergency grants to cover utility costs and other basic needs. 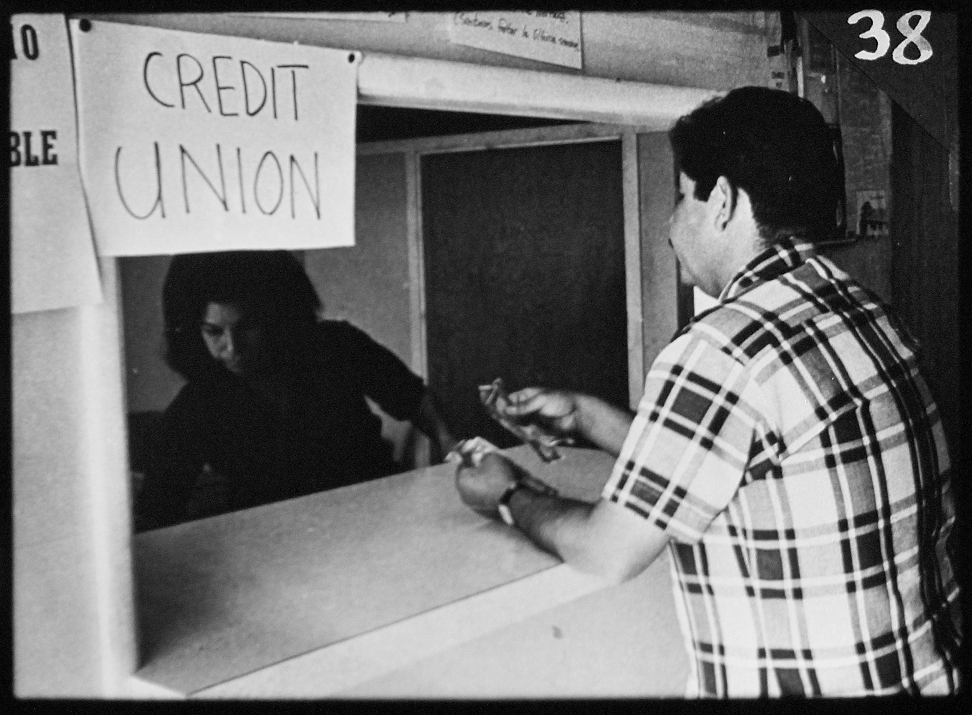 I thought that Black farmworkers in Mississippi and Alabama could really relate to the struggles of Mexican-American farmworkers. 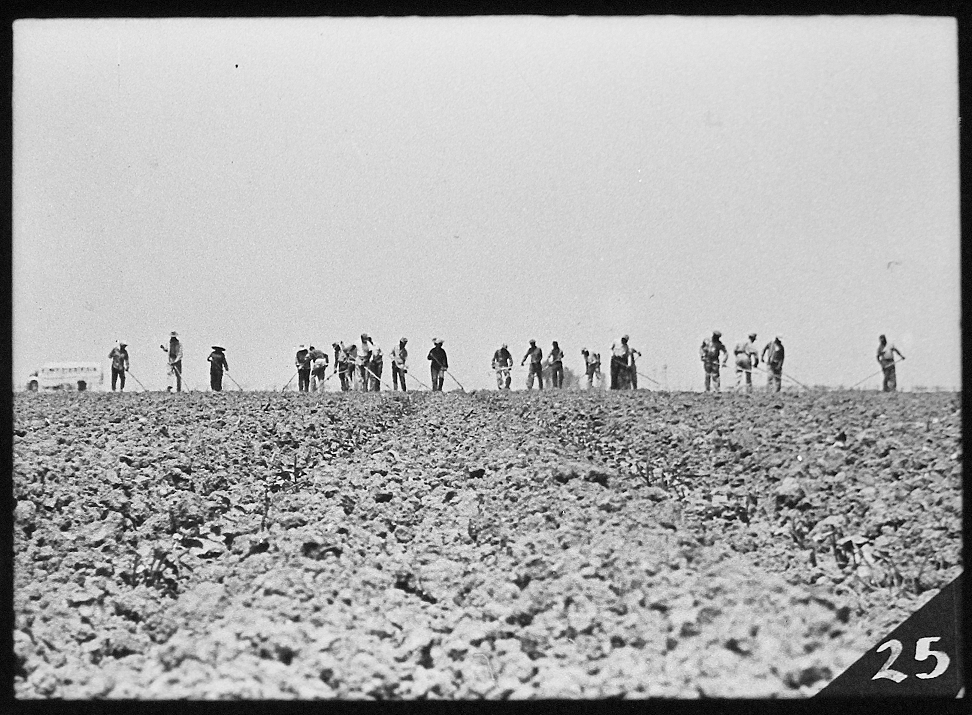 There were many similarities to their struggles including poor wages, substandard housing, and shortened school sessions for their children. 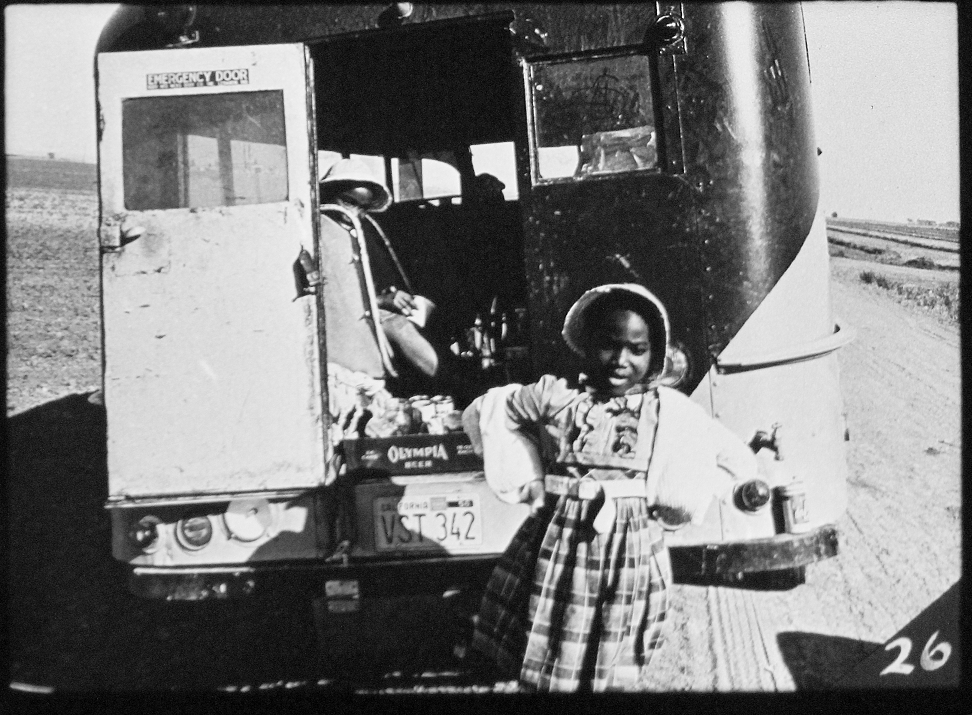 With the Delano filmstrips, we wanted to show an organization with strong leadership and a large number of members working to spread the strike and win against almost impossible odds. The kinds of organizing tools the United Farm Workers Organizing Committee used to keep itself together and strong would be something that other groups could learn from.

I showed the Delano filmstrip at a meeting of farmworkers evicted from plantations because of their participation in the Movement. When the strip ended, there was a long silence. An older gentlemen rose with tears in his eyes. He had worked all his life on a plantation in Tennessee and had been evicted as a result of trying to register to vote. He said,

You don’t know how it feels to know that we are not the only ones.

Impact of These Efforts

What we hadn’t anticipated was that not every community could lay their hands on a filmstrip projector. We assumed that schools had them: some did and some didn’t. Some schools refused to loan them out. Also, sometimes people didn’t want to read the scripts out loud in front of a group. In the end, while we received many requests for the filmstrips I don’t think they were used as widely as the booklets.

Besides communicating important information to Black Belt communities and strengthening a sense of Black pride, the booklets and filmstrips seemed to contribute to a re-thinking of how organizers could communicate information. “Organizers were beginning to think more visually,” I wrote in a report, “Written materials were beginning to include pictures and quotes from community people.” Instead of sitting down in an office to write up material, some organizers started to go out with tape recorders to find out what local people felt was needed.

More importantly, local people were learning that their point of view and their own expression was valuable in the way it told the story.