Robert “Bob” Mants was known as a person who worked hard for the Movement and didn’t seek fame. He worked in Albany, Georgia and later helped lead the first attempt at a Selma-to-Montgomery march on Bloody Sunday. Instead of leaping to the front of the line as the march began, he stood in the row behind SNCC chair John Lewis. The march mostly passed through Lowndes County, and that fact of geography opened the opportunity for SNCC to organize local people. Mants, Stokely Carmichael, and Judy Richardson stayed to work on voter registration. Mants never left Lowndes County, Alabama, remaining there for the rest of his life.

The Civil Rights Movement found Bob Mants at a young age. He was twelve-years-old when he saw the torn and battered face of the murdered Emmett Till on the cover of Jet magazine. When he was sixteen, Mants became involved with the Committee for the Appeal on Human Rights, the official name of the Atlanta Student Movement. He stuffed envelopes, took care of posters and signs, and answered the telephone for the SNCC office two blocks from his Atlanta home.

Later he participated in the Albany, Georgia Movement and then enrolled at Morehouse College. He planned to study medicine, but he found himself working again with SNCC, this time in Alabama.

A photograph of marchers on the Selma-to-Montgomery March, March 7, 1965, crmvet.org

After the Selma-to-Montgomery March, Mants remained in Lowndes County. Nicknamed “Bloody Lowndes,” the county was 80 percent Black, but not a single Black person was registered to vote in 1960. Mants and other SNCC workers planned to encourage not only voter registration but the creation of an independent Black political party there. They were soon joined by other SNCC workers.

Whites in Lowndes County retaliated, evicting sharecroppers and retaliating against potential Black voters. Mants led the way in constructing a temporary “Tent City” for those that had lost their homes. Though shots were regularly fired into the encampment, residents persevered for nearly two years as Mants and other SNCC organizers helped them find new jobs and look for permanent housing. 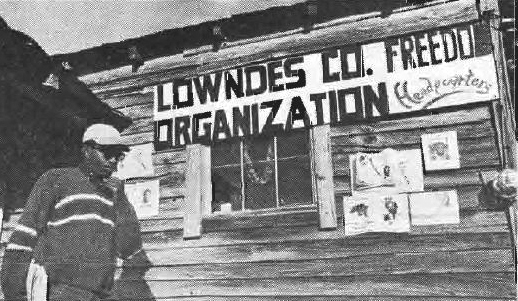 Few, if any, were more diligent than Bob Mants. The long hours of sitting on porches and traveling dirt roads to organize paid off when the Lowndes County Freedom Organization (LCFO) was organized in 1965. It was an independent Black political party, and its logo was a Black Panther. “They need to own their own political party so they can determine their own political destiny,” Mants said about the motivation for the party years later. In 1966, LCFO ran candidates for local office. All lost due to fraud and intimidation. In 1970, however, John Hulett, one of the founders of the party, was elected sheriff. He was the first Black sheriff to be elected since Reconstruction.

Mants left the county for a time but then returned. A popular man among local residents, he was elected by a wide margin to the board of commissioners in 1984. He was also President of the Lowndes County Friends of Civil Rights Movement Trail, a community organization dedicated to both environmental justices and preserving the memory of Lowndes County’s role in the Civil Rights Movement. 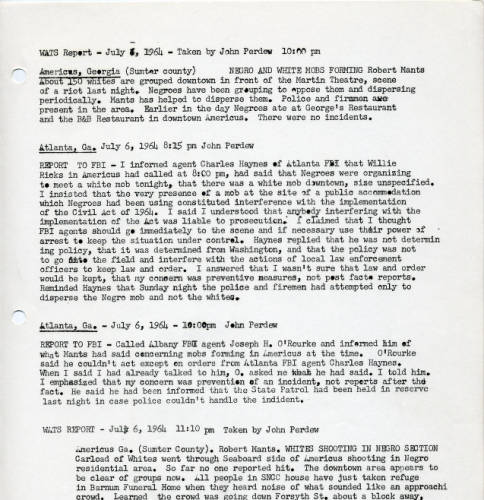