It was not long after CORE’s Mississippi project director Dave Dennis arrived in Canton, Mississippi that he came into contact with C.O. Chinn. A tall, dark, and muscular man in his early forties, Chinn was sitting in the back of his truck with a shotgun across his lap and a pistol by his side. Dennis introduced himself and told him about CORE’s nonviolent philosophy. Chinn listened, then calmly responded, “this is my town and these are my people. I’m here to protect my people and even if you don’t like this I’m not going anywhere.”

Chinn was representative of the tough, older men who were determined to keep movement organizers alive. He was a successful local businessman and entrepreneur in Canton, Mississippi. He owned a 152-acre farm, operated a bootlegging operation, a rhythm and blues nightclub, and had a large collection of pistols, shotguns, and rifles. Everyone in the county, including the sheriff, knew not to push against Chinn to hard. “There are only two bad sons of bitches in this county,” remarked Sheriff Noble once, “me and that nigger C.O. Chinn.”

He earned his reputation as a “dangerous Negro” early in life. Chinn grew up in a family of small, independent farmers in rural Mississippi. One day, a white farmer approached Chinn’s mother and demanded that Chinn work for a white person or leave the county. When Chinn was told of this, he went to the farmer, armed with a .38 caliber pistol, and told him to stay of out Chinn family affairs.

Throughout the 1960s, Chinn provided unwavering armed protection and support to the Freedom Movement. “There was never a time you needed to go someplace that he didn’t assign somebody to go with you,” CORE field secretary Mateo “Flukie” Suarez recalled. “They watched over us like babies. It was like having your own bodyguards.” This protection from the typical Jim Crow harassment that plagued many communities throughout Mississippi allowed CORE activists to survive in Canton.

Chinn’s commitment to the Movement did not come without sacrifice. He lost his businesses and nearly all of his property, but continued to campaign for the right to vote, continuously speaking at mass meetings. He also organized a local boycott against stores owned by segregationists.

As his son Clarence remembers, “He was raised to believe that you were supposed to work hard, treat everybody right, respect everybody, but take no mess off nobody, regardless of color.”

Interview with Matt Suarez with Harriet Tanzman, March 26 and 30, 2000, Center for Oral History and Cultural Heritage, University of Southern Mississippi. 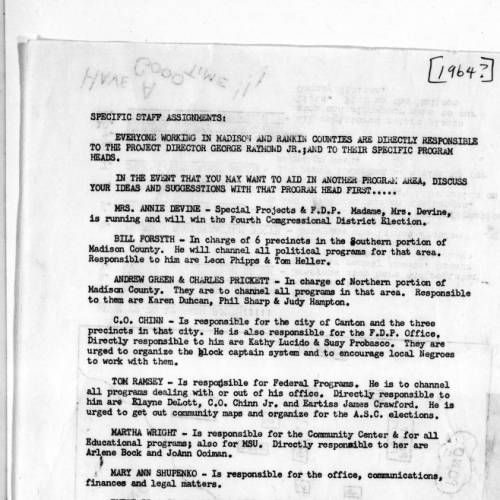 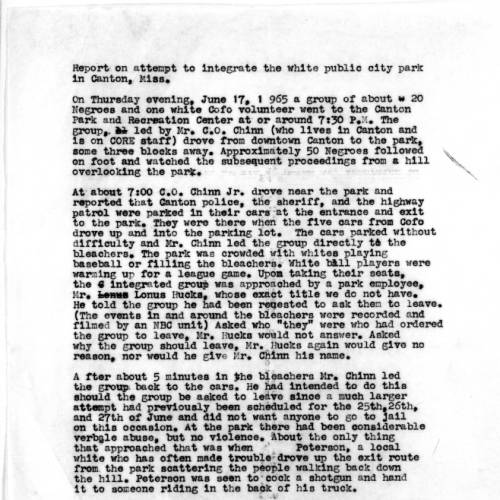 Report on an attempted integration of a city park in Canton, Mississippi, May 1964, CORE, Mississippi 4th Congressional District Records, WHS 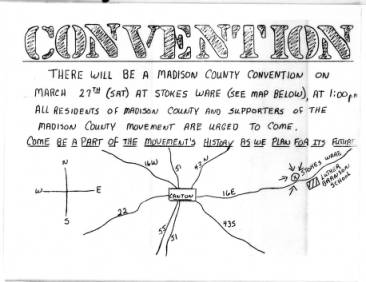