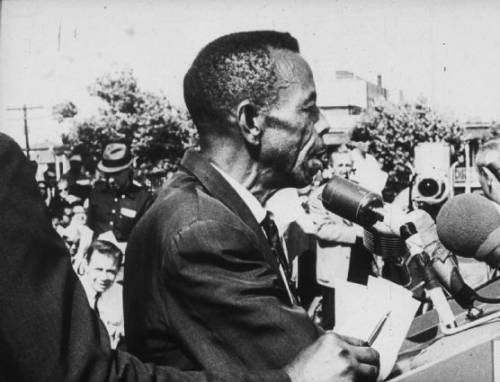 Eldridge Willie “E.W.” Steptoe had been involved in the struggle long before SNCC came to Amite County, Mississippi where he lived and farmed. Steptoe’s strength, experience, and support for SNCC really helped the young organization learn how to sink roots in the rural South.

In 1953, Steptoe tried to register to vote and was told he failed the test. Although he only had a sixth grade education, Steptoe knew he had the right to vote. He had heard about the NAACP on a trip to New Orleans and decided to start a branch in Amite County. Steptoe hosted secret meetings on his farm, and the chapter grew to over 200 members.

In 1954, Klansman and the county sheriff raided an NAACP meeting and seized membership lists, which caused membership to plummet. Unwilling to let the branch die, Steptoe personally paid for enough memberships to qualify to be an official NAACP chapter. The next few years were slow going in Amite County, but Steptoe remained resolved in his organizing. He visited local churches and tried to educate Blacks about voting rights.

In 1961, SNCC started hosting voting rights workshops in neighboring Pike County. C.C. Bryant, the Pike County NAACP president, introduced Bob Moses to Steptoe. “I’ve been waiting for you,” Steptoe told the young SNCC field secretary. He offered the use of a church on his farm for a voter registration school, and Moses began working in the county.

As dangerous as Pike County and the small city of McComb was, Amite County was considered one of the most violent areas in the state. Journalist Jack Newfield called it “the ninth circle of Hell.” Soon after SNCC’s work began, Steptoe’s close friend and fellow organizer, Herbert Lee, was shot for his involvement with SNCC and the voter registration effort. He was killed in broad daylight by Eugene Hurst, a member of the Mississippi state legislature and one of Steptoe’s neighbors. 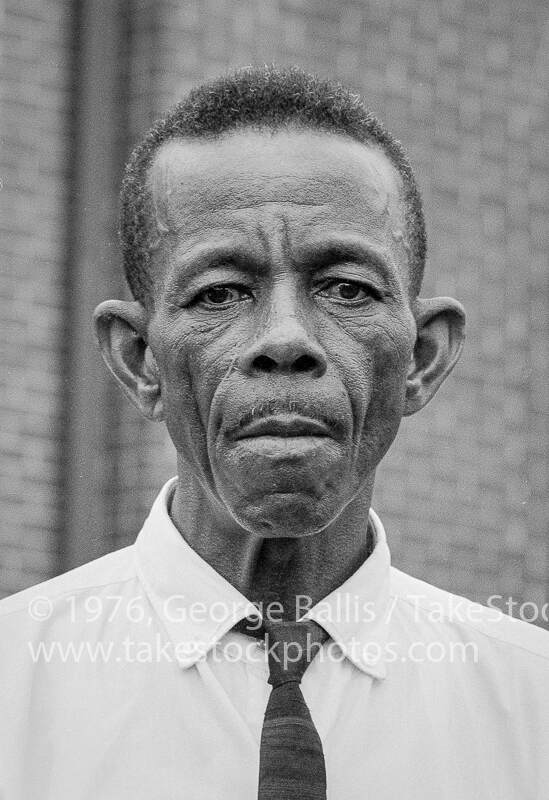 Lee’s murder confirmed to Steptoe the necessity of armed self-defense. In one of the earliest examples of the tension between self-defense and the nonviolence that defined much of the civil rights effort, Bob Moses and Steptoe planned to visit Herbert Lee’s widow, and Steptoe wanted to travel armed. Moses asked Steptoe to leave the gun at home. Steptoe told Moses, “You don’t know these people around here.” Even though Steptoe took the gun Moses had seen out of his car, he undoubtedly had another that Moses did not see. On another occasion, when a SNCC volunteer came to stay on his farm, the first thing he did was take her to the pasture and teach her how to use a .45 pistol.

Nonetheless, despite his misgivings about the viability of nonviolence–an opinion shared by many in the rural South–Steptoe remained a strong SNCC supporter and advisor. “If you tell ‘em clothes, they come running,” Steptoe explained, about clothing distribution during Freedom Summer, “If you tell ‘em vote, they run the other way.” In 1964, Steptoe represented Amite County in the MFDP Atlantic City delegation, and in 1967, he ran for congress. Although he didn’t win, seeing Black people lined up to vote was a victory in and of itself. 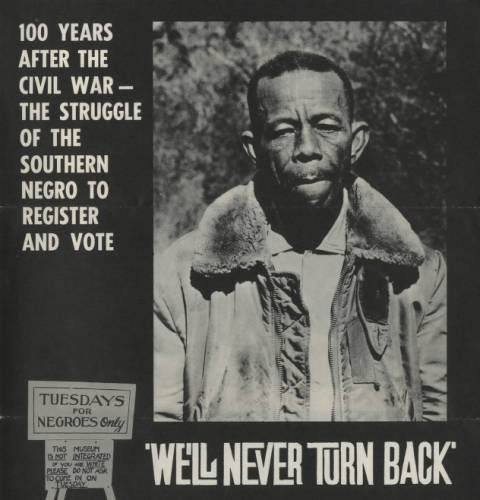 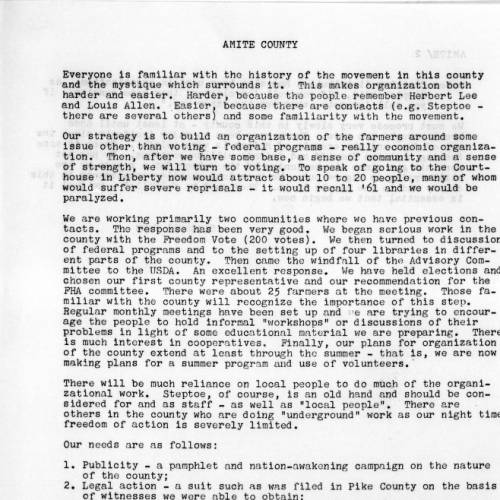 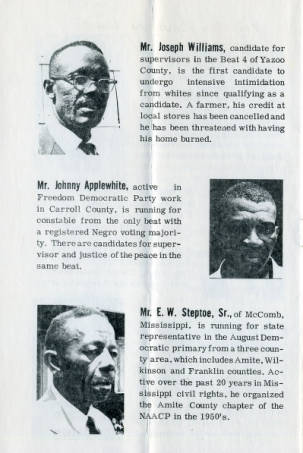