Herbert Lee was the first local person to be killed because of his involvement with SNCC. On September 25, 1961, Lee drove to the cotton gin in Liberty, Mississippi. State legislator E.H. Hurst approached Lee with a gun in his hand saying he wanted to talk. “I won’t talk to you unless you put the gun down,” Lee said. Hurst ran towards Lee’s truck and shot him.

The murder took place in broad daylight in front of a dozen people. “Lee’s body lay on the ground that morning for two hours, uncovered, until they finally got a funeral home in McComb to take it in,” Bob Moses remembered. Hurst claimed that Lee had attacked him with a tire iron, and the sheriff coerced the Black witnesses into corroborating his story. Hurst was acquitted by an all-white coroner’s jury that same afternoon.

Lee and Hurst lived on adjoining farms and played together as boys. Through adulthood they maintained a cordial relationship. At one point, Hurst had helped Lee apply for a loan for his farm. Hurst’s affections towards Lee changed when he started attending voter registration classes and driving Bob Moses around the county. His association with SNCC made him a target.

Young people in McComb protest the murder of Herbert Lee and the explusion of classmate Brenda Travis, 1961, crmvet.org

Lee’s death forced SNCC to confront its inability to protect local people from white retaliatory violence. Before Lee was killed, the Department of Justice sent Assistant Attorney General John Doar to Amite County. E.W. Steptoe and Bob Moses spoke with Doar and told him that Hurst had threatened Lee because of his involvement with the Movement. The Department of Justice refused to offer Lee any protection.

After Lee’s death, Doar asked the FBI to open a federal investigation. The local FBI rejected his request three times before they finally looked into Lee’s death. Meanwhile, SNCC tried to find a witness who could testify in a federal case. A man named Louis Allen recanted and offered to testify against E.H. Hurst. But word got out about Allen’s offer. For three years, Allen faced harassment and economic reprisals for his willingness to testify and on April 7, 1964, the night before he planned to leave Mississippi, he was killed outside his home. 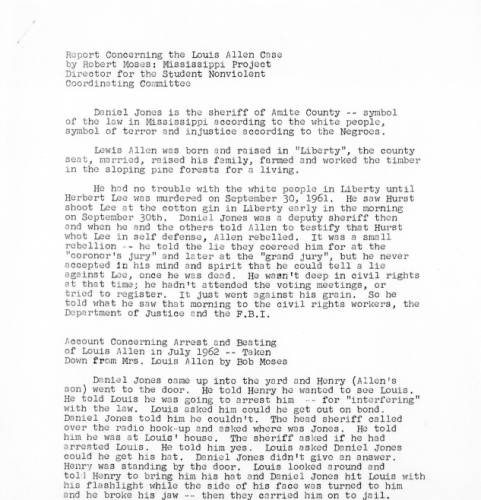 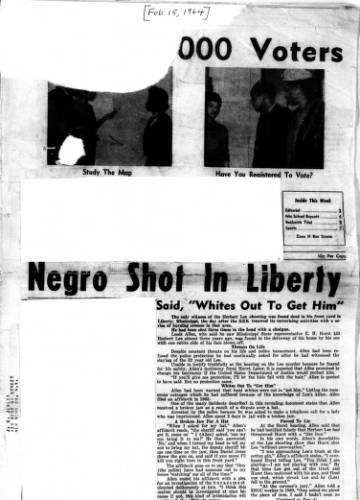 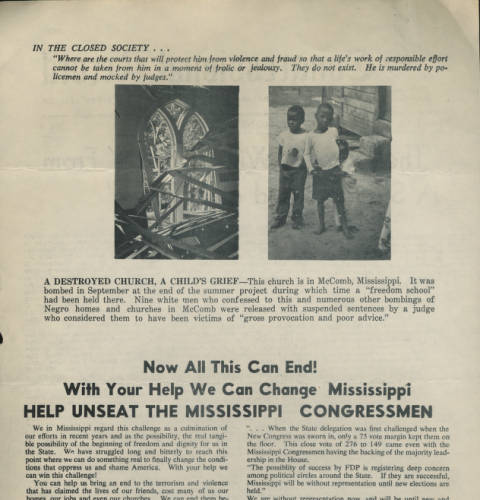