The white students who committed to SNCC in its beginning days were usually southerners. Jane Stembridge was the first among that small number. A petite blond woman in her early twenties with “hypnotic blue eyes,” she was persuaded by Ella Baker to leave her graduate studies at Union Theological Seminary in New York City and work for SNCC. She was SNCC’s first staff person. “I came here because I, too, needed to be free, respected, understood … Being white doesn’t answer your problems, being able to go in anywhere does not end your needs,” she wrote to a friend. 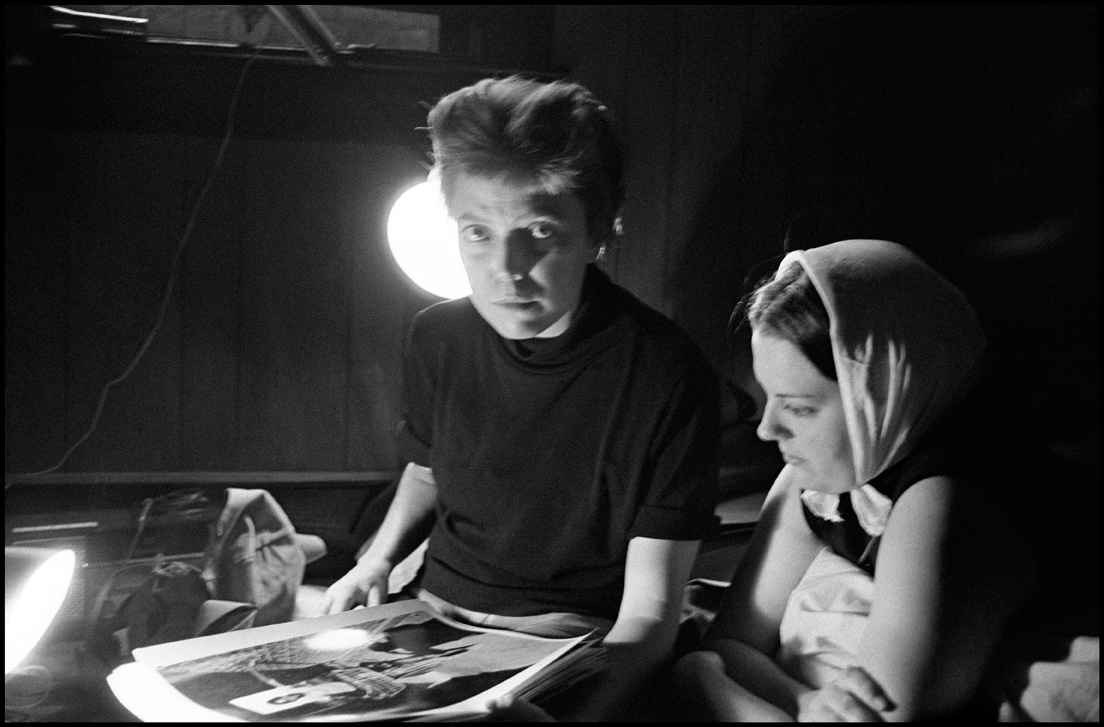 In a cramped corner of SCLC’s Atlanta headquarters, she worked as SNCC’s administrator. “An information agency” was how Stembridge described her role in SNCC then. “People were writing to us from Seattle and God knows where. ‘What’s happening? What can we do?’…Somebody had to watch those letters and try to get all these people who cared about the thing in touch with each other.”

In October 1960, she helped produce SNCC’s first publication, The Student Voice. While helping organize a SNCC conference planned for October that same year, she noticed that there were few names of people living in rural Georgia, Alabama, Mississippi, or Louisiana. She and Ella Baker persuaded Bob Moses to travel throughout those regions to recruit participants. It was during this trip by Moses that the first contacts were made that would lead SNCC into organizing for voting rights.

Stembridge was born in Georgia, but she moved throughout the South during her childhood. Her father, a Baptist minister with liberal views on race, was constantly forced to change pastorates. She spent a large amount of time in South Carolina with her grandparents, witnessing “the wall” that separated her white family from their Black help; the image of her grandmother’s African American maid walking home along the train tracks to “the other side of town” forever ingrained in her mind. She knew that “it wasn’t mainly about me. But it was also about me.”

SNCC was relatively conservative outside of fighting segregation. Stembridge was outraged when Bayard Rustin was disinvited to SNCC’s October conference because he was a former communist and homosexual. A gay woman herself who faced her own share of baiting around her sexual preference, she actively protested this disinvitation and ultimately resigned from SNCC as a result of the situation. SNCC, which loved Stembridge, learned and grew. 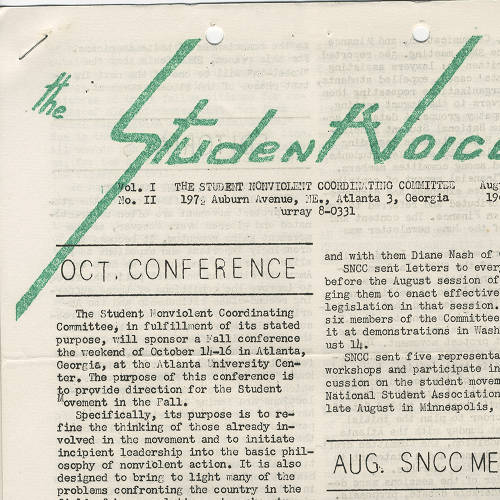 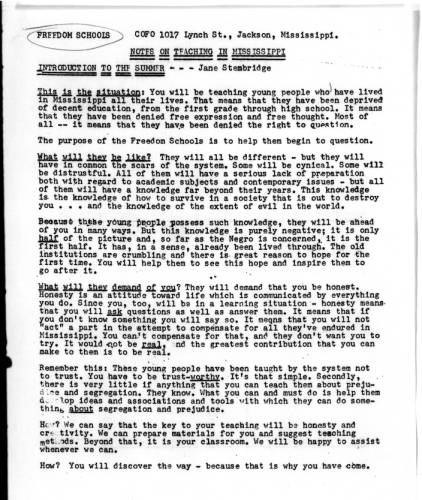