In communities across the South, SNCC workers encountered entire families already fighting for change and waiting to ally with the Movement. Decades before SNCC came to Southwest Georgia, Clennon “C.W.” King helped found the Albany chapter of the NAACP, as well as the Criterion Club, a social club and voters league. A generation later, SNCC partnered with King and his two sons, Chevene Bowers “C.B.” and Slater, to build and sustain its Southwest Georgia project.

Margaret Slater and her husband, Clennon W. King, raised their seven children to value education, independence, and community service. Both had gone to school at Tuskegee Institute in Alabama where C.W. paid his way by working as a “buggy boy” to President Booker T. Washington. Back in Albany, he put the lessons of economic self-sufficiency into practice, first working in the post office and then opening his grocery business.

When SNCC’s Charles Sherrod and Cordell Reagon arrived in Albany in the fall of 1961, they found common purpose with the King family. C.B.–the third King son and an attorney–headed the only Black law firm south of Atlanta that would take civil rights cases. His younger brother, Slater, ran a real estate business that helped Black residents gain economic independence through home ownership. The elder King gave SNCC organizers their first space in an empty room in one of his buildings, and Sherrod and Reagon began their organizing backed by the support of the King family.

In November 1961, the arrests of student sit-in activists spurred SNCC and local organizations to form a coalition, known as the Albany Movement. Slater King was elected vice president, and C.B. became its attorney. While Slater marched to City Hall, C.B. provided the legal defense for jailed protesters. One former SNCC worker remembered C.B. King as “the one-man legal department of the Movement in Southwest Georgia … whose specialty was running verbal circles around the cracker prosecutors and cops and judges until they gasped and begged for a repeat and mercy.”

The King brothers’ involvement came at a price. Slater King’s wife, Marion, was 7-months pregnant when a deputy sheriff beat her for bringing food to protesters in the Camilla jail. The baby was later born dead. The Dougherty County sheriff once left C.B. King bleeding, bashing him over head with a cane after the attorney checked up on a jailed civil rights worker.

But the King brothers were as determined as the SNCC workers and not about to be stopped by threats and violence. In 1964, C.B. ran for the U.S. House of Representatives, the first time a Black man had run in Georgia since Reconstruction. Randy Battle, the “right-hand man” of SNCC’s Charles Sherrod, arranged tour stops and drove King to the rural piney grove churches where he drummed up support. While SNCC had worked hard to convince people to try and register, C.B. King’s campaign inspired them. 2,500 new voters registered so that they could vote for King. As one Jackson Street gambler explained, “We got a point in registering now!” Meanwhile, Slater King pushed for economic development and quality housing for blacks until he died in a car accident in 1969. 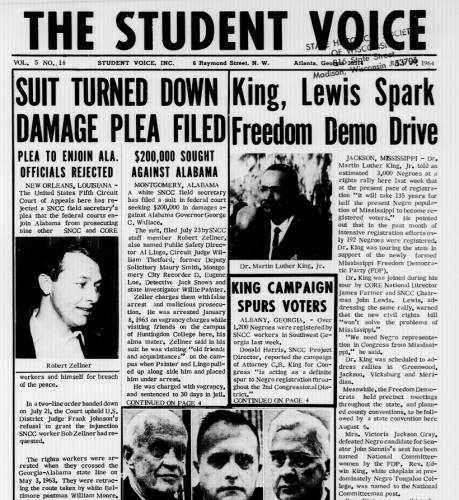 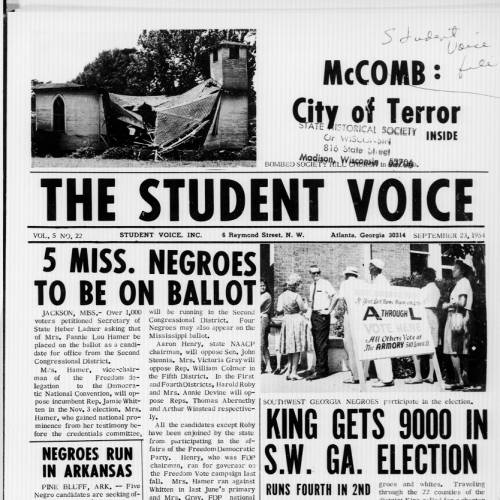