On a warm summer day in 1963, Randy Battle and his friends Jake Wallace and James Daniels walked hurriedly through the streets of Albany, Georgia on a mission–to integrate the swimming pool at Tift Park. Earlier that day, 75 demonstrators with similar plans gathered in CME (a local Black neighborhood), and divided into smaller groups in order to more easily evade police as they made their way to the park. The scene was tense. Police surrounded the pool and had begun arresting demonstrators for standing in line at its entrance. Battle and his pals “started running,” he remembered, “We hit that fence and were over that fence and in the pool in a second.” The trio then quickly left making a getaway to Arcadia Church not far away. 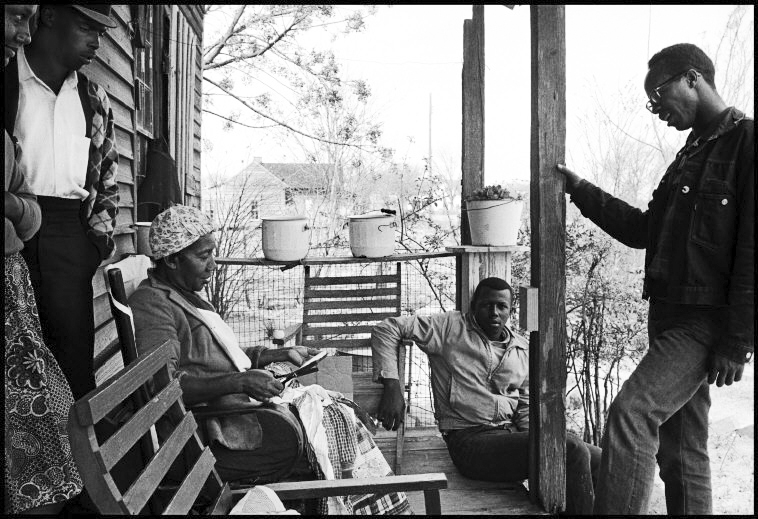 “The Great Pool Jump,” as it became known, was a turning point in Randy Battle’s life. The Southwest Georgia-native had grown up under the Jim Crow system that dominated life there. He began working the cotton fields and pecan groves when he was only six-years-old. He missed so much school because of his work in the fields that, by the time he was fourteen, he only had a third grade education. “As kids,” he recalled, “All you do, you pick cotton, the first one, then peanuts, cotton, and then in the wintertime up until December, you picked pecans.” Battle dropped out of school in the early sixties.

When SNCC came to Albany in late 1961, Battle hung around the office, though at first “it was just something to do.” After the pool protest, Battle went back to work at the grocery store that employed him. His boss asked him “You don’t know nothing about them niggers jumped in our pool now do you?” “No, sir,” Battle responded, his pants still wet. Deep down he was seething with anger. “It was that man calling me a nigger right to my face … that was what committed me.”

Battle became an integral part of SNCC’s staff in Southwest Georgia. He served as a SNCC regional troubleshooter and traveled all over the South wherever SNCC needed manpower to offer his services to the Movement. “All [SNCC] had to was give me enough gas money to get there … and I’d take off, it didn’t matter where it was.”

Battle made his way to Pine Bluff, Arkansas to help Bill Hansen and company organize a voter registration drive in the Arkansas Delta. “We was up all day every day…just going from door to door, country house to country house, reminding folks to get out and vote.” Battle also went to Lowndes County to help SNCC’s project after the murder of Viola Liuzzo during the Selma-to-Montgomery March. During his time in the Movement his life was in constant danger. Yet, no matter how afraid he was, he remained committed. “When I was in the Civil Rights Movement, everything I did, I did it with a passion.” 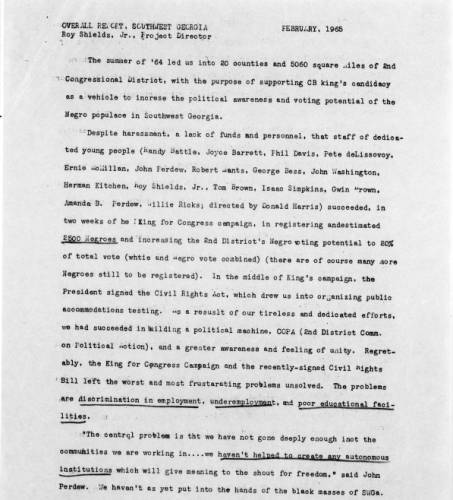