Larry Rubin was a SNCC organizer in Southwest Georgia and Northern Mississippi, working to support Black Southerners who were risking their lives to exercise their right to vote. “I was inspired by Bob Moses,” he said. “Bob said that if African Americans in the South could vote, they would vote out of office the white supremacist, anti-Semitic, anti-union Congressmen and Senators who controlled the U.S. government at the time.”

“By fighting for their own rights, blacks in the South were changing the entire nation, making it more democratic. I felt I had no choice but to be part of that effort,” Rubin explained.

Rubin grew up in a secular Jewish household in Philadelphia, Pennsylvania. Rubin’s father was a welder and his mother a hairdresser. Both were active in the progressive movement. His parents instilled in him the idea that the “essence of being Jewish is the responsibility to fight for justice.”

As a white organizer, he understood that a large part of his job was to help demonstrate to both the black and white communities that blacks and whites could work together with African Americans being in charge. To him, this was a way of showing that the “‘beloved community” was very real. 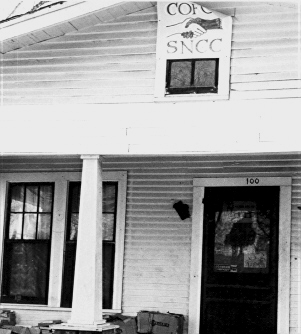 Aside from voter registration work, as part of the North Mississippi COFO project Rubin helped organize a union at a brick-making factory in Holly Springs in 1964. Black and white workers both voted for the union. He also helped organize precincts of the Mississippi Freedom Democratic Party and helped sharecroppers exercise their right to vote in county elections that determined benefits for farmers.

He was constantly beaten and arrested. While hauling books donated by northern schools and churches for use in Freedom Schools, he was arrested on “suspicion of having books threatening to overthrow the government of the state of Mississippi.” In an effort to discredit the Civil Rights Movement, Mississippi Senator James O. Eastland gave a speech in the Senate denouncing Rubin and several other white organizers as “communists.”

When SNCC asked white organizers to form their own projects in white communities to fight racism. Rubin supported the decision. “SNCC never expelled whites from the Movement,” he explained. “But there was a growing understanding that it was virtually impossible for any white person to contribute to building a sense of self-empowerment in black communities. Some white workers felt SNCC was kicking them out, but I never felt that way.”

He spent most of his life as a union organizer and communications specialist and served four terms on the Takoma Park, Maryland City Council.

Larry Rubin talks about how he became involved in the Movement, Our Voices: Strong People, snccdigital.org