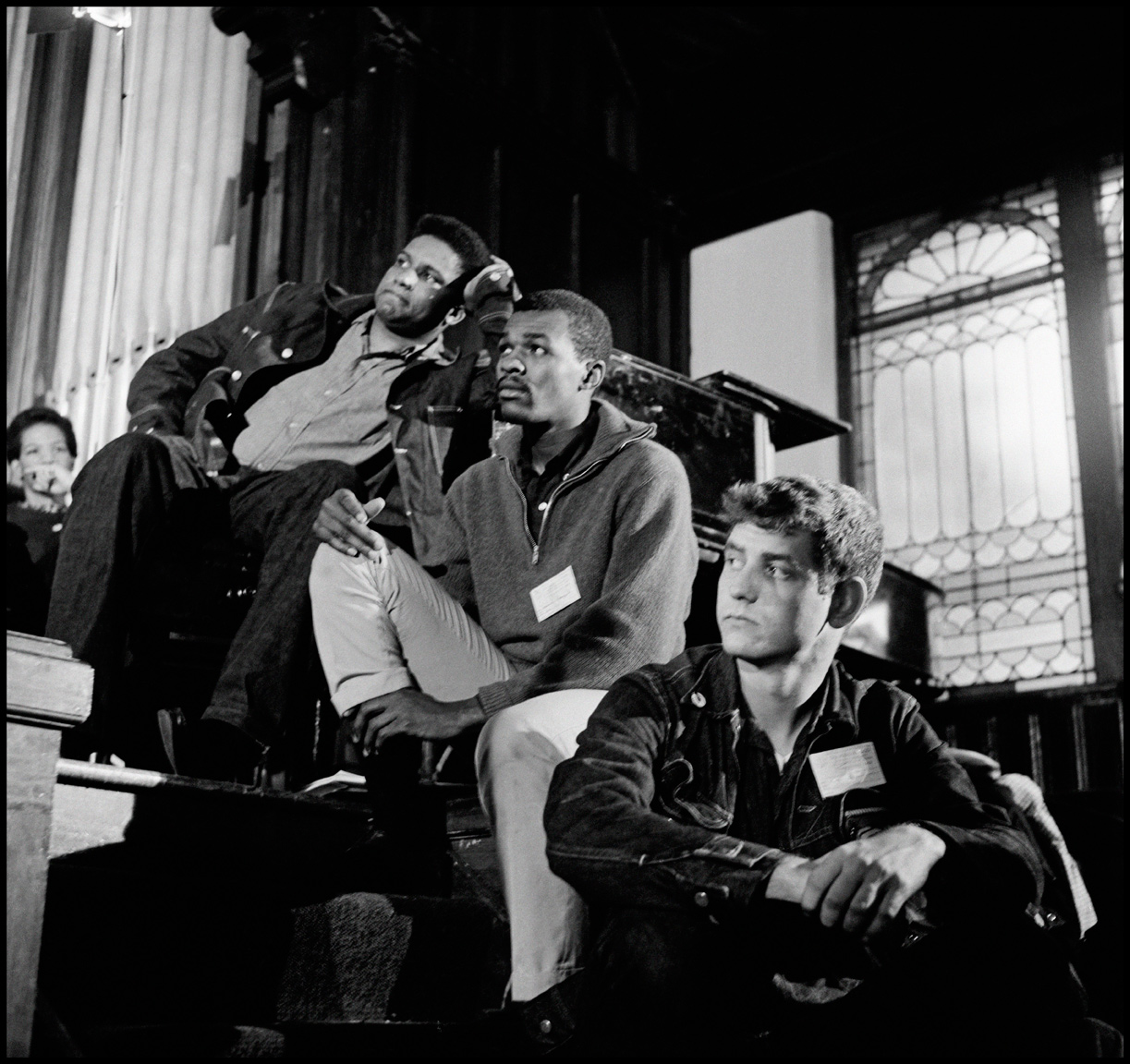 An important aspect of the Black Power idea was centered on gaining elected office, and SNCC’s first chairman, Marion Barry, personified this. He got his start in the Nashville sit-in movement and later became the second Black mayor of Washington, D.C.

As a graduate student in chemistry at Fisk University in the late 1950s, Barry was committed to campus activism. On February 13, 1960, Barry joined 124 other students, several of who like John Lewis and Diane Nash would also help found SNCC, in organizing a series of sit-ins in downtown Nashville. This kind of direct political action was characteristic of Barry’s approach, “you don’t talk about making a change; you do something about it.”

The son of sharecroppers, Marion “Shepilov” Barry Jr. was born in Itta Bena, Mississippi in 1936, but his family soon moved to Memphis, Tennessee, where he graduated from Booker T. Washington High School. His activism began early when he organized a strike by Black paperboys. Barry had discovered that the white paperboys who sold the most papers were given a trip to Washington, D.C., while the Black boys were given a new bike. The Black paperboys refused to work until the prizes were made equal, and the paper gave in after only three days. Barry realized that, “if you didn’t fight back…then you wouldn’t get anything. You had to organize yourself with plans to take it. If you want change, you have to make change happen for yourself.” 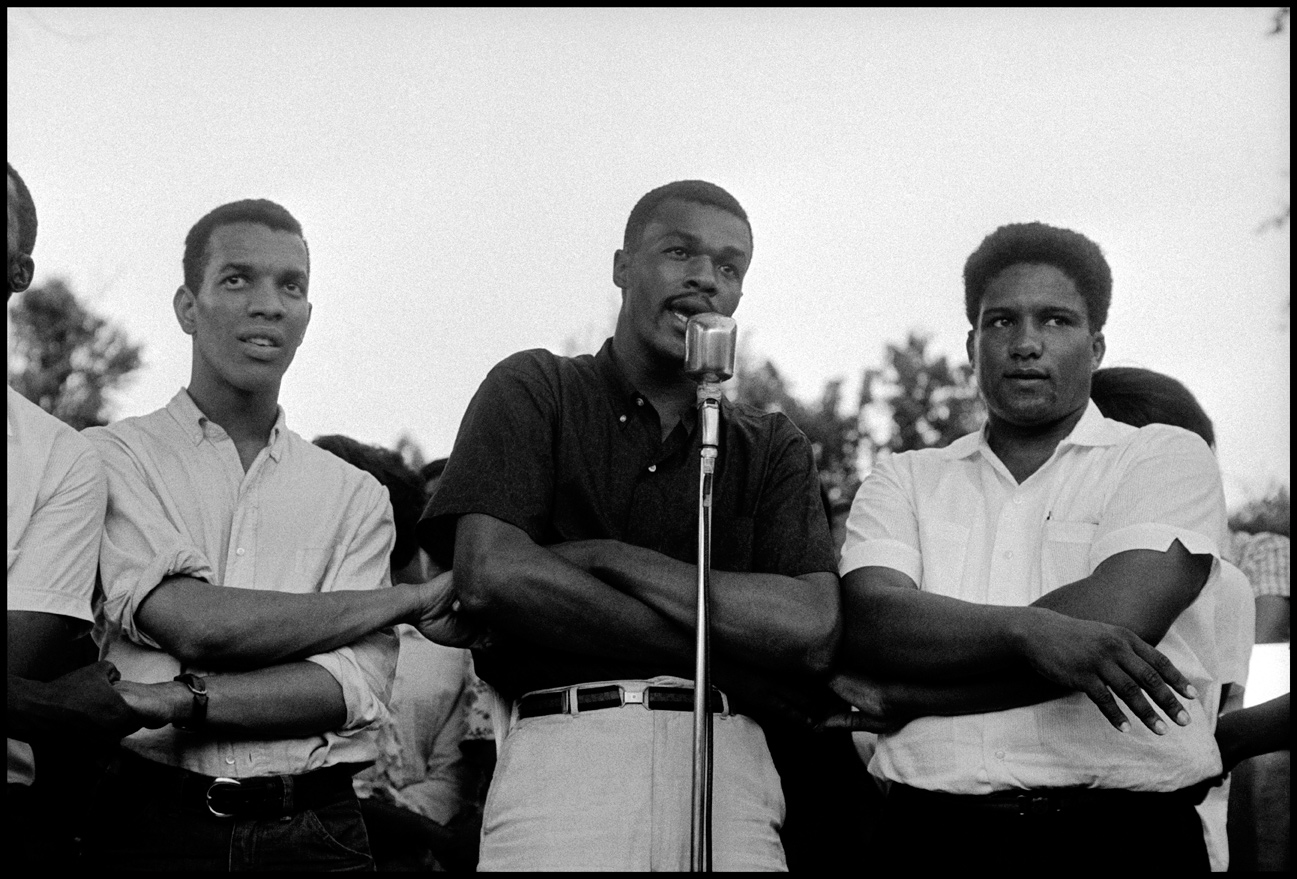 In May 1960, the “Temporary Student Nonviolent Coordinating Committee” elected Barry as their first chairman. The following year Barry postponed graduate studies and joined SNCC’s fledgling project in McComb where he helped organize high school students, too young to register and vote but excited about engaging in sit-in protests, into the Pike County Nonviolent Direct Action Committee. Barry conducted workshops on nonviolent protest methods.

In 1964, Barry traveled around the country seeking support for the Mississippi Freedom Democratic Party (MFDP). He moved to Washington, D.C. in 1965 to begin a SNCC project in the then voteless city. He was leader of the “Free D.C.” movement. The U.S. Congress finally allowed DC residents to elect a school board in 1971, and Barry was elected to it. He became an at-large city councilman in 1975 when the city was allowed that body, and by 1979, the second mayor of D.C. Joining his administration were many former SNCC activists, including Courtland Cox, who headed the Minority Business Opportunity Commission.

The ease at which Barry was re-elected during the 1980s earned him the nickname “Mayor for Life.” But his term was marked by wholesale attacks against him and charges of corruption; much of this was because of his aggressive insistence that Black people sit at the economic table as well as have access to the ballot. He was jailed–unusually and unfairly many believe–for a first-time drug offense. His popularity nonetheless remained immense, and he served three terms as mayor before his death in 2014. 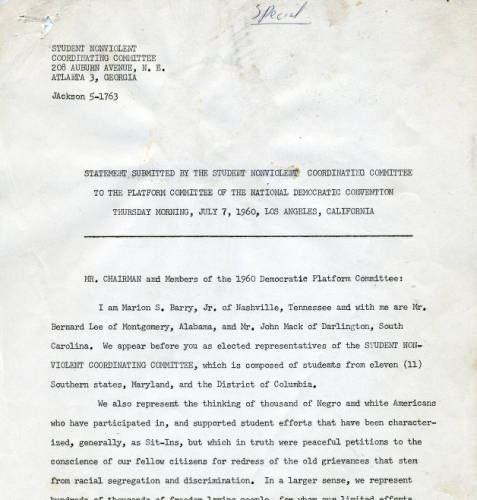 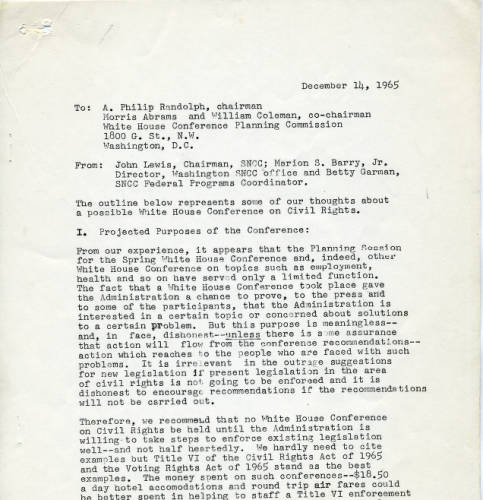