As a part of the collaboration between the SNCC Legacy Project and Duke University, the SNCC Digital Gateway has been able to facilitate conversations and public events with visiting SNCC activists. Below, you will find footage of some of these conversations where the activists speak about their experiences and lessons learned working in the Movement, what they went on to do, and how their struggles are tied to those of today. 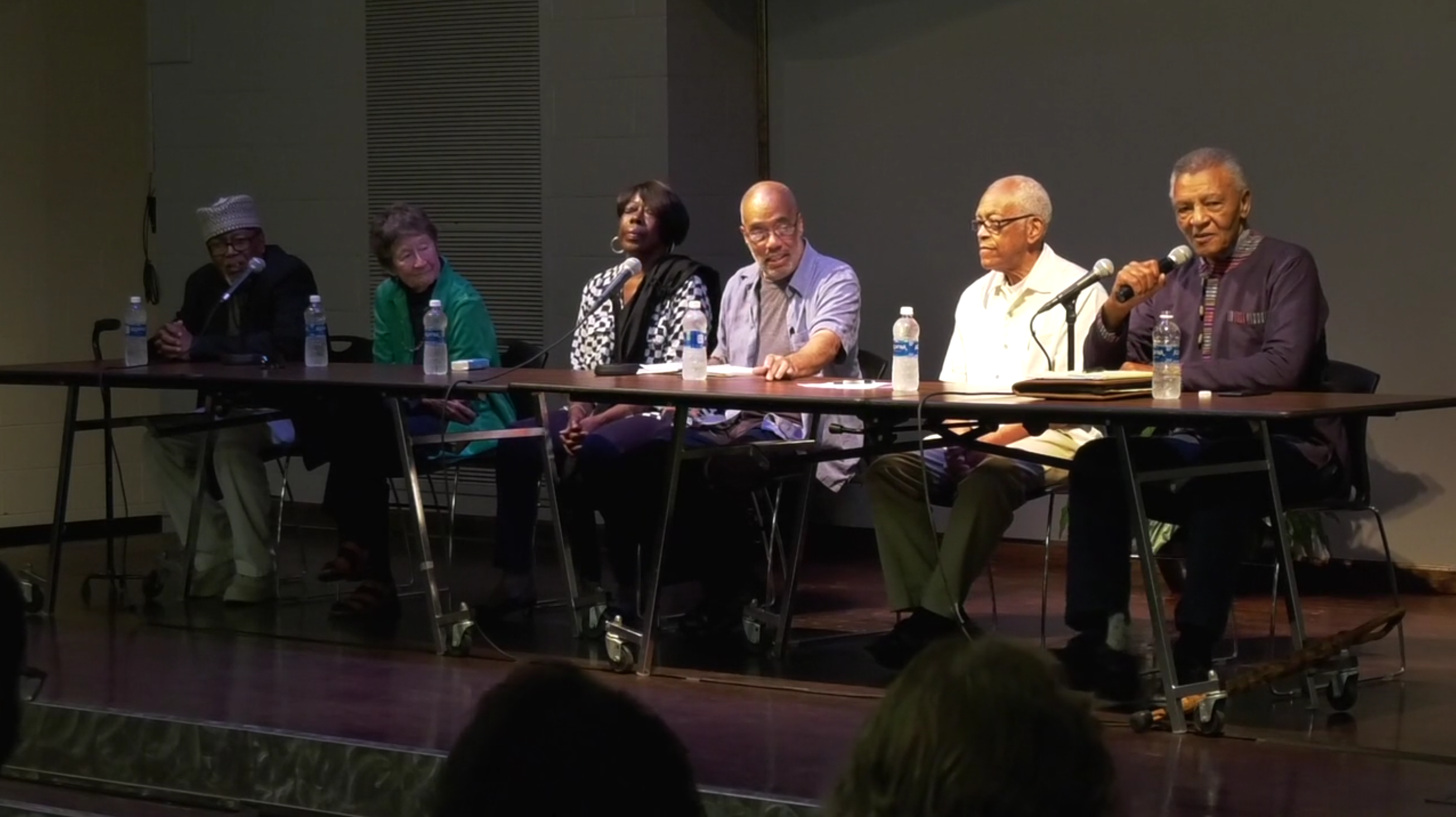 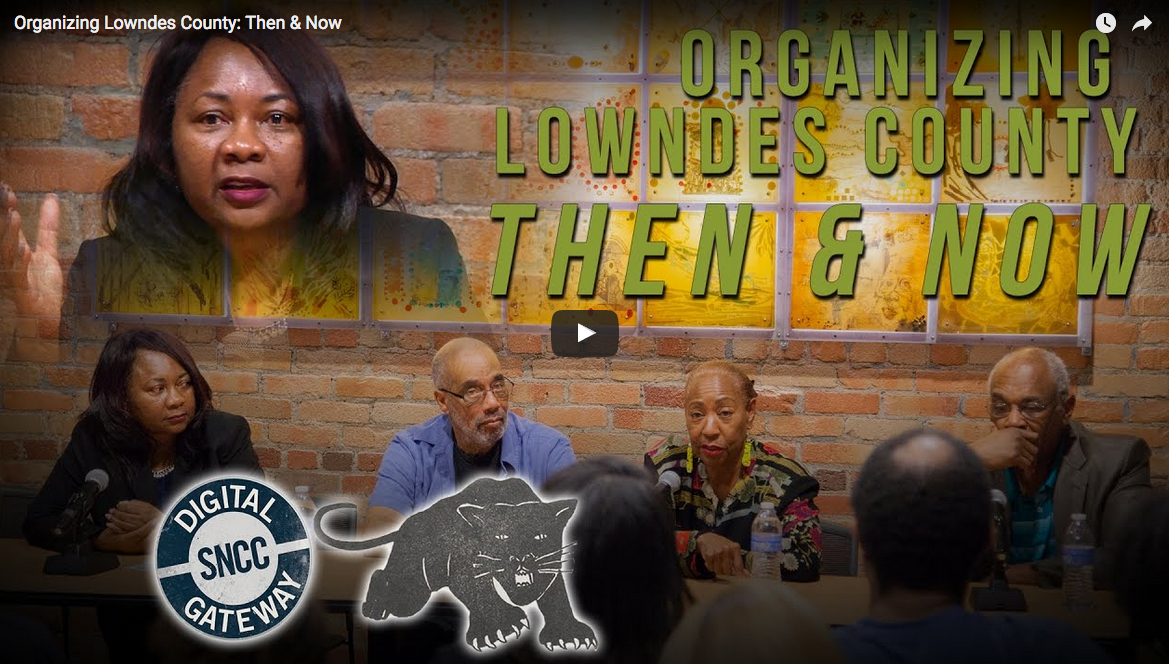 Organizing Lowndes County: Then and Now 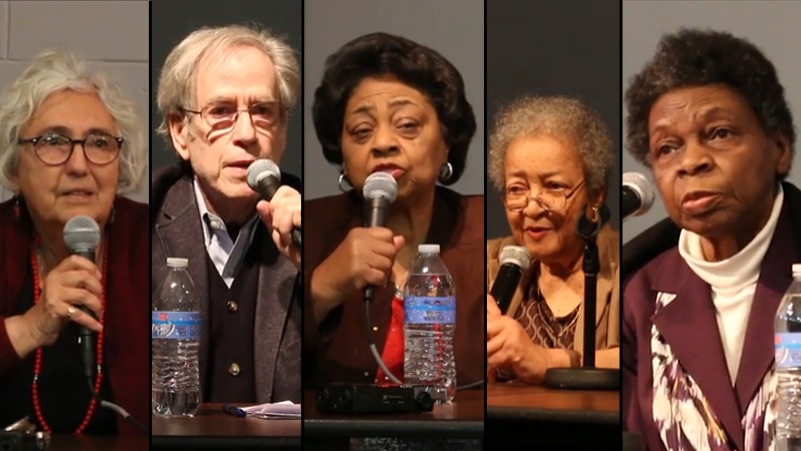 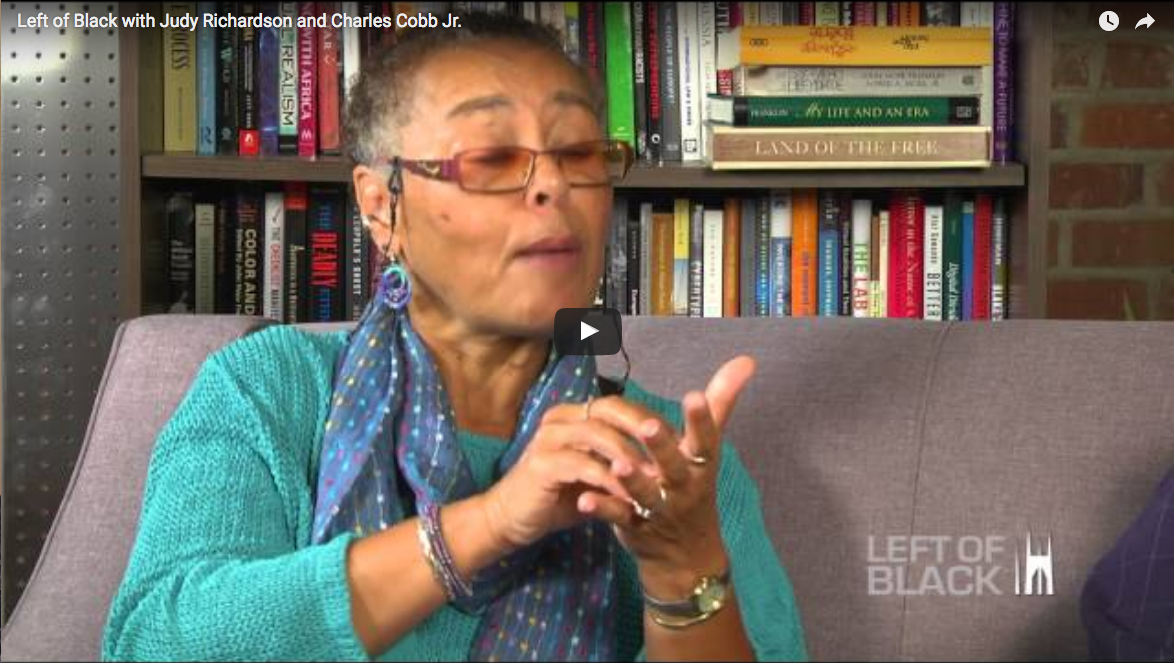 Left of Black with Judy Richardson and Charles Cobb Jr. 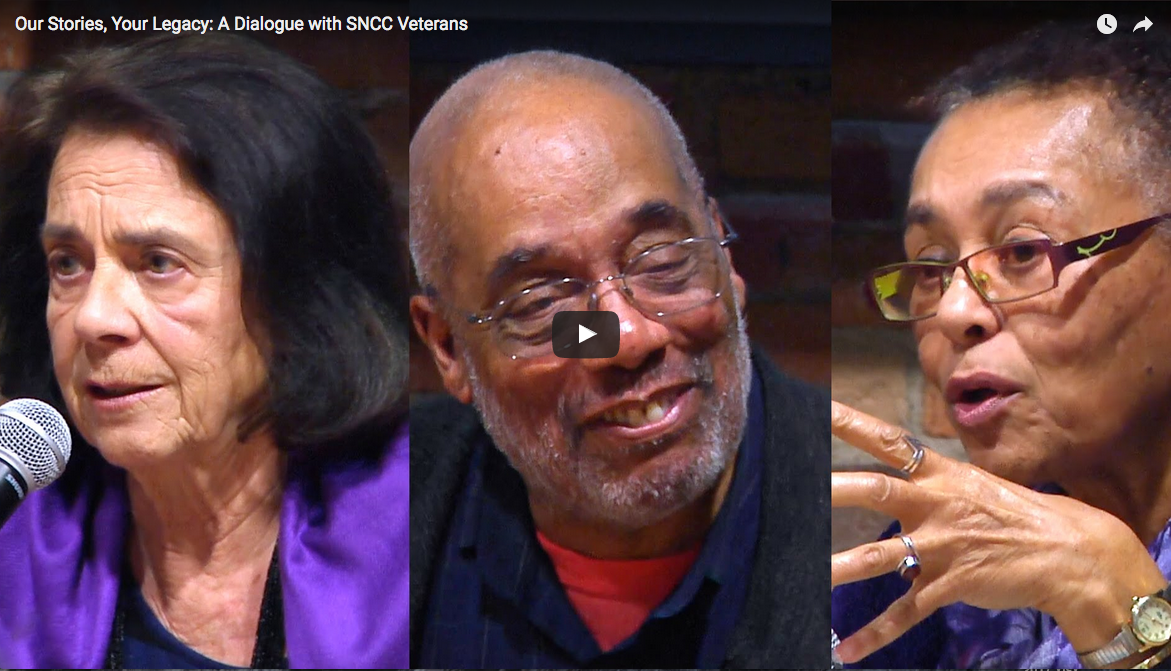 Our Stories Your Legacy: A Dialogue with SNCC Veterans 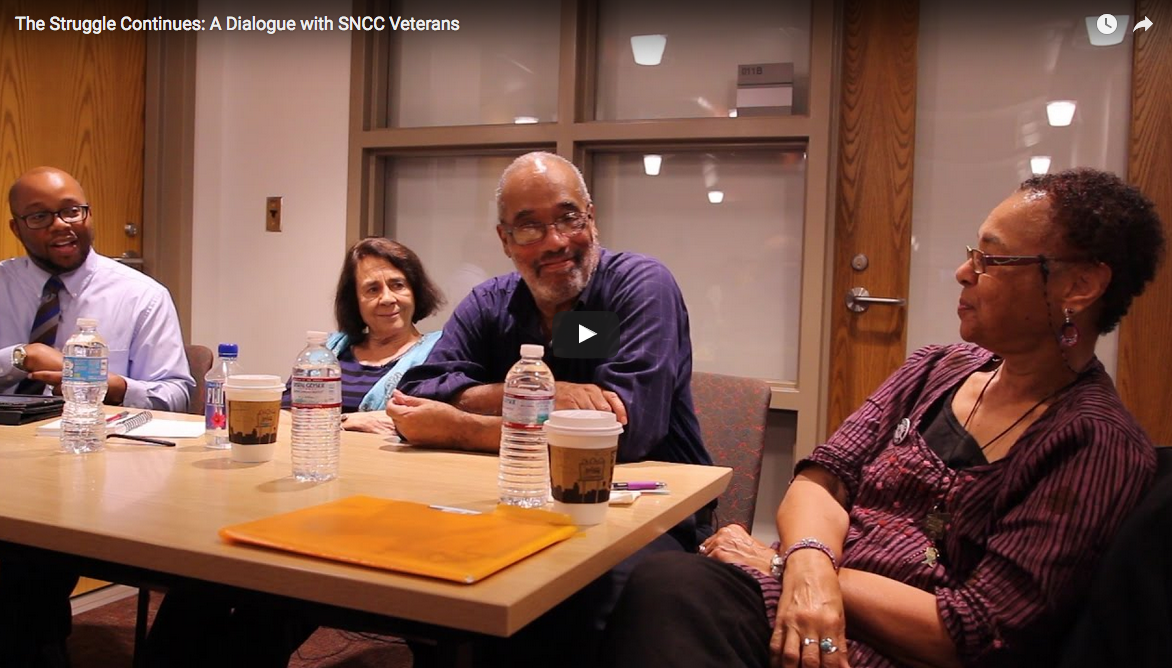 The Struggle Continues: A Dialogue with SNCC Veterans

In September 2015, over 150 civil rights veterans, young(er) activists, policy experts, elected officials, academics, and students gathered in Durham, North Carolina for the One Person, One Vote: Learning from the Past, Organizing for the Future Conference.

Learning from the Past, Organizing for the Future