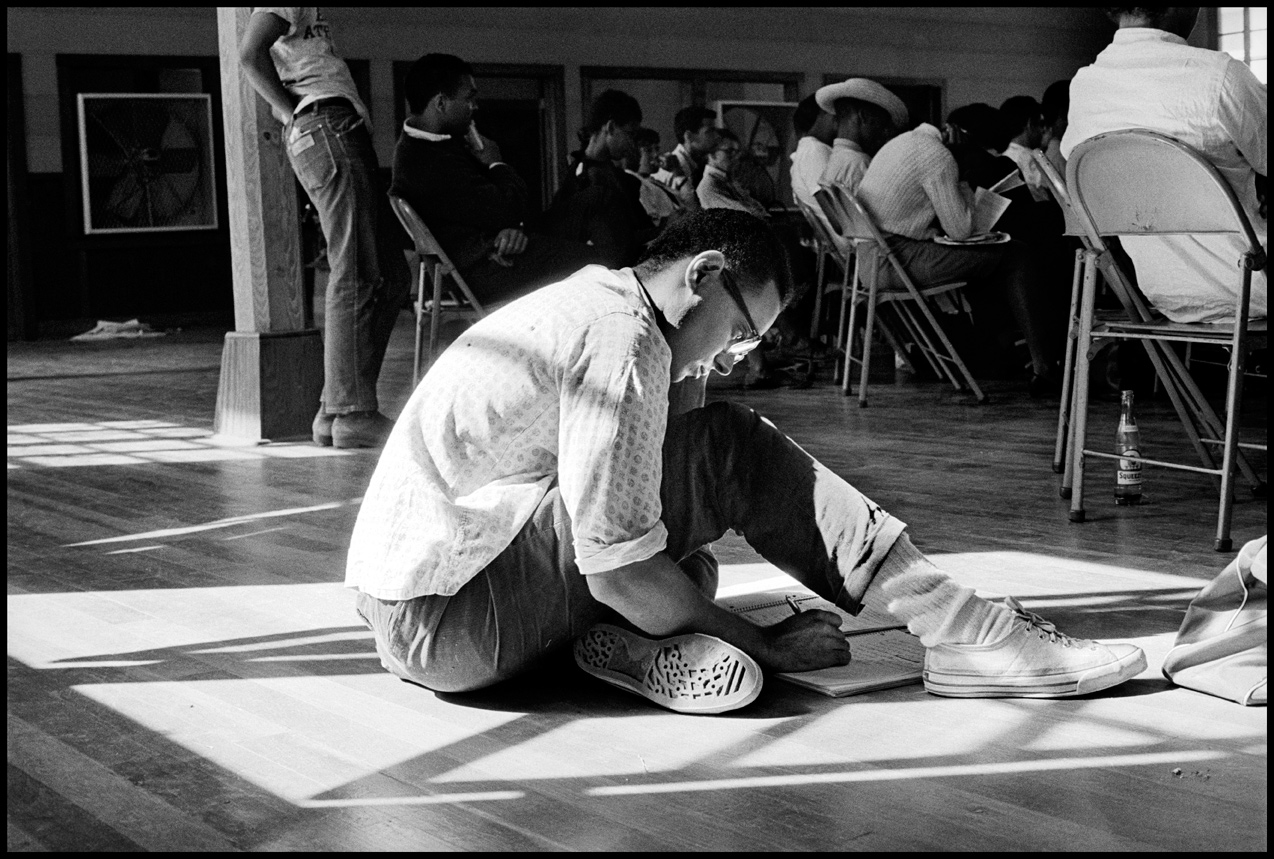 Math literacy, like reading and writing, is necessary for full citizenship, says Bob Moses. This unexpected thought began to take concrete form with the SNCC veteran’s own family, when his daughter, Maisha Moses, entered the eighth grade at Martin Luther King Middle School in Cambridge, Massachusetts. She was ready for algebra, he felt, and had long practiced math with him. However, the King school didn’t offer algebra classes for eighth graders. So Bob Moses asked his daughter’s teacher, Mary Lou Merhling, if he could pull his daughter aside and teach her himself–at the time Moses was working on his doctorate in the philosophy of math at Harvard University. Merhling was open to the idea, especially if he was willing to work with the other three students who also requested algebra. “I agreed to take on the additional three students,” remembered Moses, “and thus began the Algebra Project.”

Bob Moses had pioneered SNCC’s voter registration organizing in Mississippi during the early sixties. “There was a kind of universal agreement among Blacks in Mississippi,” he explained, “that people should be registered to vote.” Working with local leaders like Amzie Moore and Aaron Henry, SNCC used this consensus around the vote as an organizing tool “to get people to pull themselves together and provide their own leadership” in local movements of change. Victoria Gray, a native of Hattiesburg, Mississippi felt that the strength of the Movement rested in the participation of local people. “Once they were able to rise about their fear, they had the courage to stand up for what was rightfully theirs as citizens of this country.”

Moses’s experience in the Mississippi Movement helped lay the foundation for the Algebra Project in the mid-1980s. He recognized that structural changes–the deindustrialization of America’s cities and the rise of information technologies–were reshaping the country’s economy, and poor and minority students were being left behind. “We are growing the equivalent of sharecroppers in our inner cities.”

Moses viewed math literacy, and particularly algebra, as a key to unlocking first-class citizenship for poor students. “The shift in technology is. . . forcing a shift from literacy that was just reading and writing to a literacy which also encompasses this quantitative information.” Algebraic thinking would provide students with the language needed to function in this changing world economy, but most middle schools–especially those serving minorities–didn’t even offer algebra classes.

Where Moses saw a problem, he also saw the potential to organize for change. “My civil rights movement experience was guiding my thinking as much as my training in mathematics,” Moses recalled, as he began working with students, teachers, parents, and school administrators to develop a consensus and a movement around algebra for all students. He asked, “Can a culture be created. . . where every child is expected to get ready for and do algebra in the eighth grade?”

This community organizing work in Cambridge grew into the Algebra Project, an incorporated non-profit organization dedicated to raising the floor in math education. Through student-centered teaching methods and a curriculum rooted in students’ life experiences, the Algebra Project empowered all students, including underperforming students, through math. One parent wrote that “the demystification of the subject by relating it to life experiences” helped her daughter “overcome her fear of math.”

The Algebra Project’s curriculum began with a real-life experience, like riding on a subway train, and used a series of steps to move students towards abstract conceptualizations of complicated math subjects. Students were active members of the classroom and their input was an essential part of the learning process. Merhling, who first let Moses work in her classroom in 1982, felt that both she and her students were empowered by the Algebra Project’s student-centered approach to learning math.

Over the past thirty years, the Algebra Project spread beyond Cambridge. In the 1990s, projects were started in Boston, Chicago, Oakland, Atlanta, and many other cities. Dave Dennis, who worked closely with Moses in Mississippi, began the Southern Initiative of the Algebra Project and started projects in several southern states, including in Jackson, Mississippi.