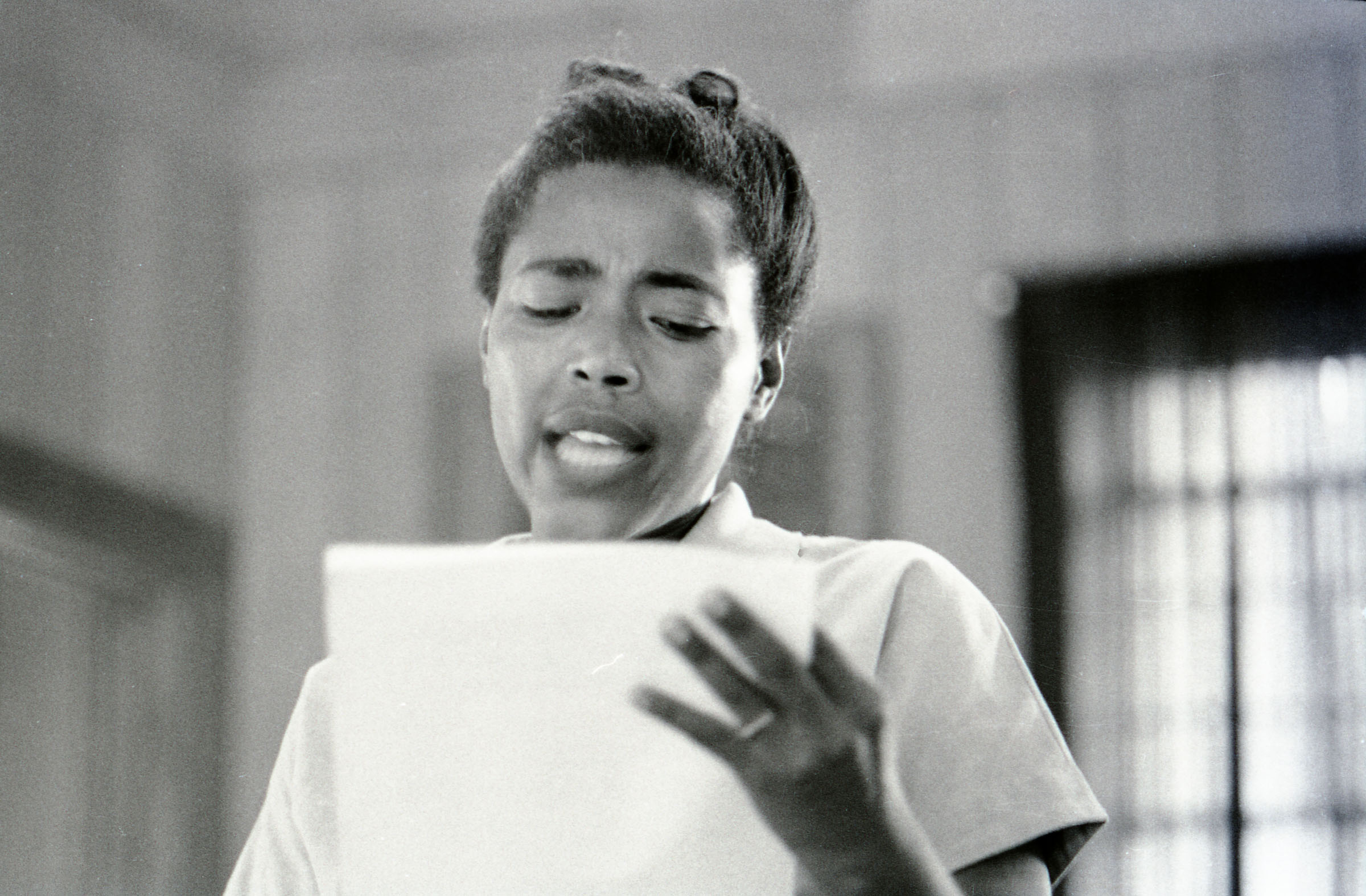 Victoria Gray (Adams) said in 1964 that she learned that there were two kinds of people in grassroots politics, “those who are in the Movement and those who have the Movement in them. The Movement is in me…and I know it always will be.”

She acted as a bridge between her community and SNCC organizers. When SNCC’s Curtis Hayes and Hollis Watkins, arrived in Hattiesburg, Mississippi in March of 1962, Victoria “Vicki” Gray was one of the first people to attend the meeting. After trying to register to vote herself, she used her roots in the community to garner support for SNCC’s voter registration efforts. “And I guess it was because of the fact that it was so hard to get people to understand why it was important to go down,” she explained, “that I felt the need to give more and more time, talking to people and trying to get them to understand the importance.”

Ms. Gray’s connections helped her become an effective community organizer. She went to local churches and explained what Watkins and Hayes were doing. She organized a phone tree so that the “SNCC youngsters,” as she affectionately called them, would have at least one hot meal a day. She convinced her minister at St. John’s Methodist Episcopal to open the church up to citizenship education classes. After attending an SCLC training in 1963, Gray began teaching these classes herself, and before long, she became a SNCC field secretary. 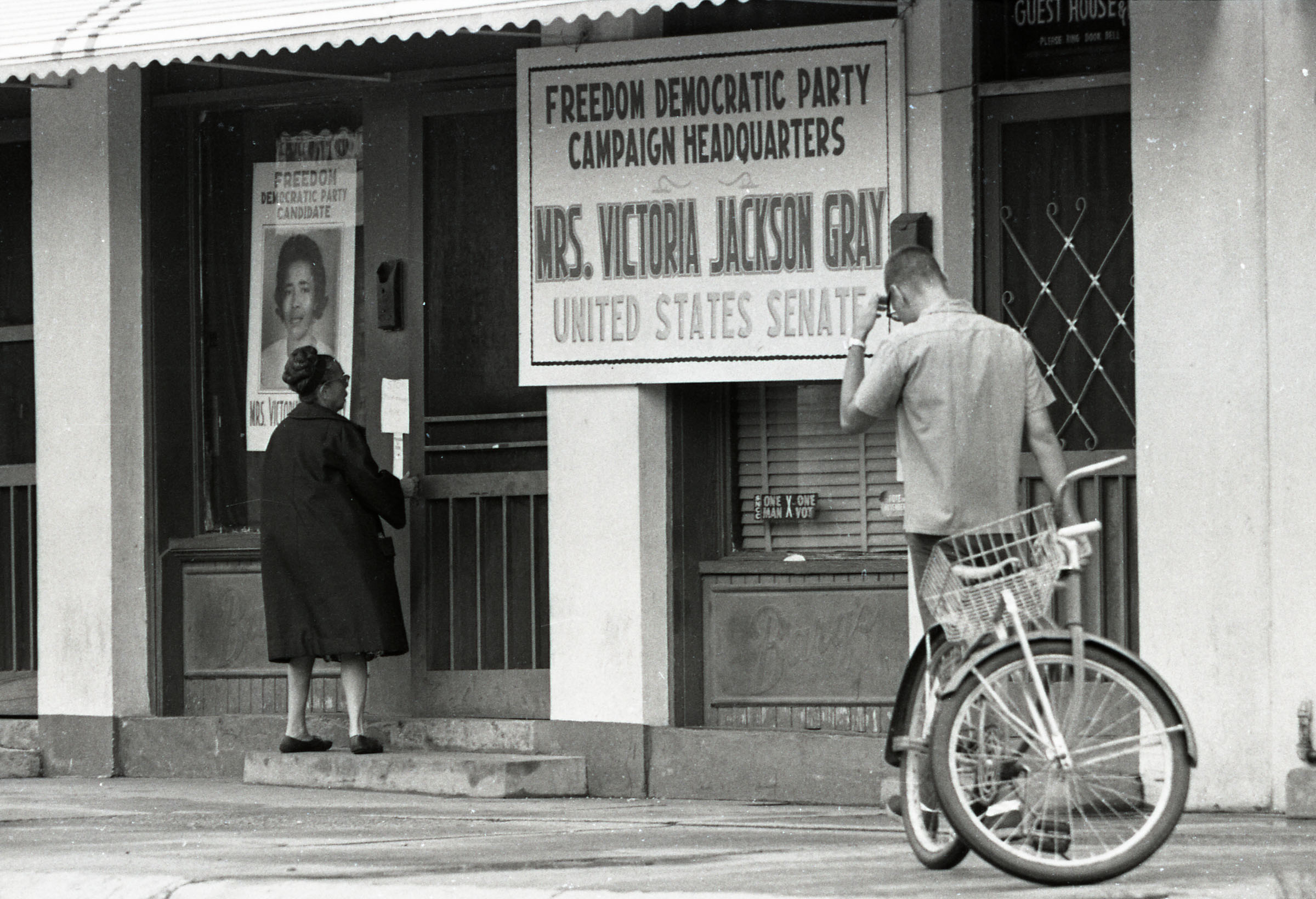 Across Mississippi, SNCC’s voter registration efforts ran up against a wall of violent resistance and economic intimidation while the country seemed to pay it no attention. SNCC and local organizers, like Gray, became increasingly disillusioned with Mississippi’s lily-white and segregationist Democratic Party and their claim that Black people didn’t want to vote. So in the fall of 1963, the Council of Federated Organizations–the umbrella organization of civil rights groups operating in the state–organized an “unofficial” voter registration drive called the Freedom Vote. Some 80,000 Black Mississippians participated, and COFO organizers began planning to challenge the legitimacy of the so-called regular Mississippi Democratic Party. In April 1964 the Mississippi Freedom Democratic Party (MFDP) was formed 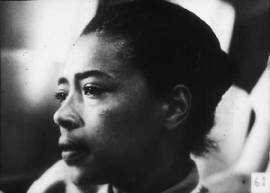 Although suffering a crushing blow in Atlantic City, the MFDP pressed on. Ms. Gray ran for Senate on the MFDP ticket, making her the first woman from Mississippi to run for Senate. Along with Fannie Lou Hamer and Annie Devine, Victoria Gray continued challenging the white power structure through her leadership in the MFDP. In 1968, the Mississippi Democratic Party was integrated.

Victoria Gray was among a cohort of ordinary Mississippians who became leaders in SNCC and the Mississippi Movement. Reflecting on her experience in SNCC, Ms. Gray said, “When I met [Ella Baker] and that community of youthful civil rights activists, I realized that this was exactly what I’d been looking for all of my conscious existence…It was like coming home.” 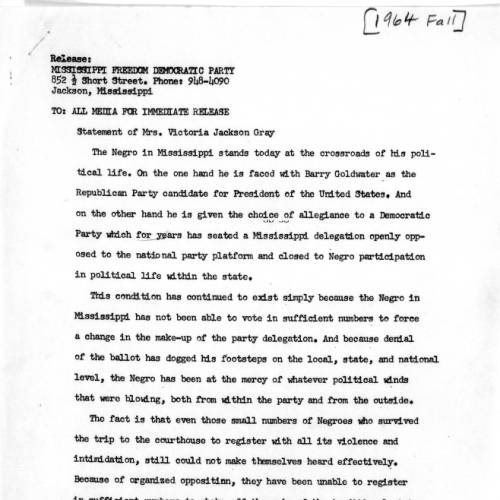