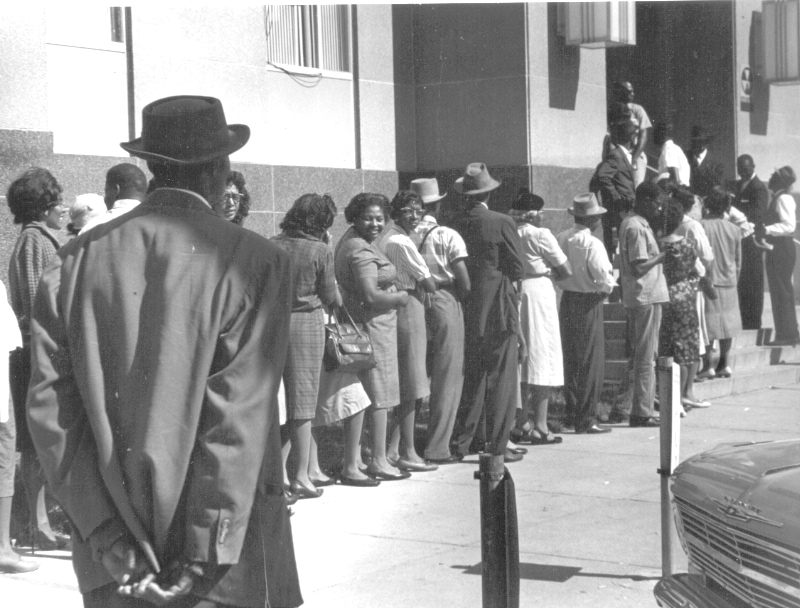 Black men and women wait in line outside the Dallas County courthouse to register to vote on Freedom Day, John Kouns, crmvet.org

The line of men and women stretched from the registrar’s office in the Dallas County courthouse down its steps into the street, and it was only 9 a.m. It was made up of hundreds of local men and women who had awakened before dawn, determined to try and register to vote. Doing so, they defied local custom and facing violent hostility, especially from the Dallas County sheriff’s department. It was October, 1963; “Freedom Day” Black locals had dubbed it.

Dallas County was one of the most repressive places in the Alabama Black Belt when SNCC field secretaries, Bernard Lafayette and his new wife, Colia Liddell, arrived there in February 1963. Less than one percent of the African American population in the county was registered to vote. But after four months of organizing, the two began to make inroads into the fearful local Black community. One night during this period of early organizing, Bernard was brutally beaten just outside of his apartment. But that effort to intimidate did not work; attendance at mass meetings increased, and local high school students began demanding direct action against segregation.

On Freedom Day, Dallas County Sheriff Jim Clark and his armed deputies were closely watching the large gathering crowd, and as the line grew, so did Sheriff Clark’s irritation. Those attempting to bring food and water to those in line were beaten and arrested, even though Justice Department lawyers were watching from the Federal building directly across the street. Their inaction action angered James Baldwin, who had been invited to witness the events. “It cannot be true, it is impossible that the federal government cannot do anything,” he angrily told reporters as men and women were beaten for trying to register to vote. But this was a familiar experience to SNCC workers across the South, and Selma was no exception. 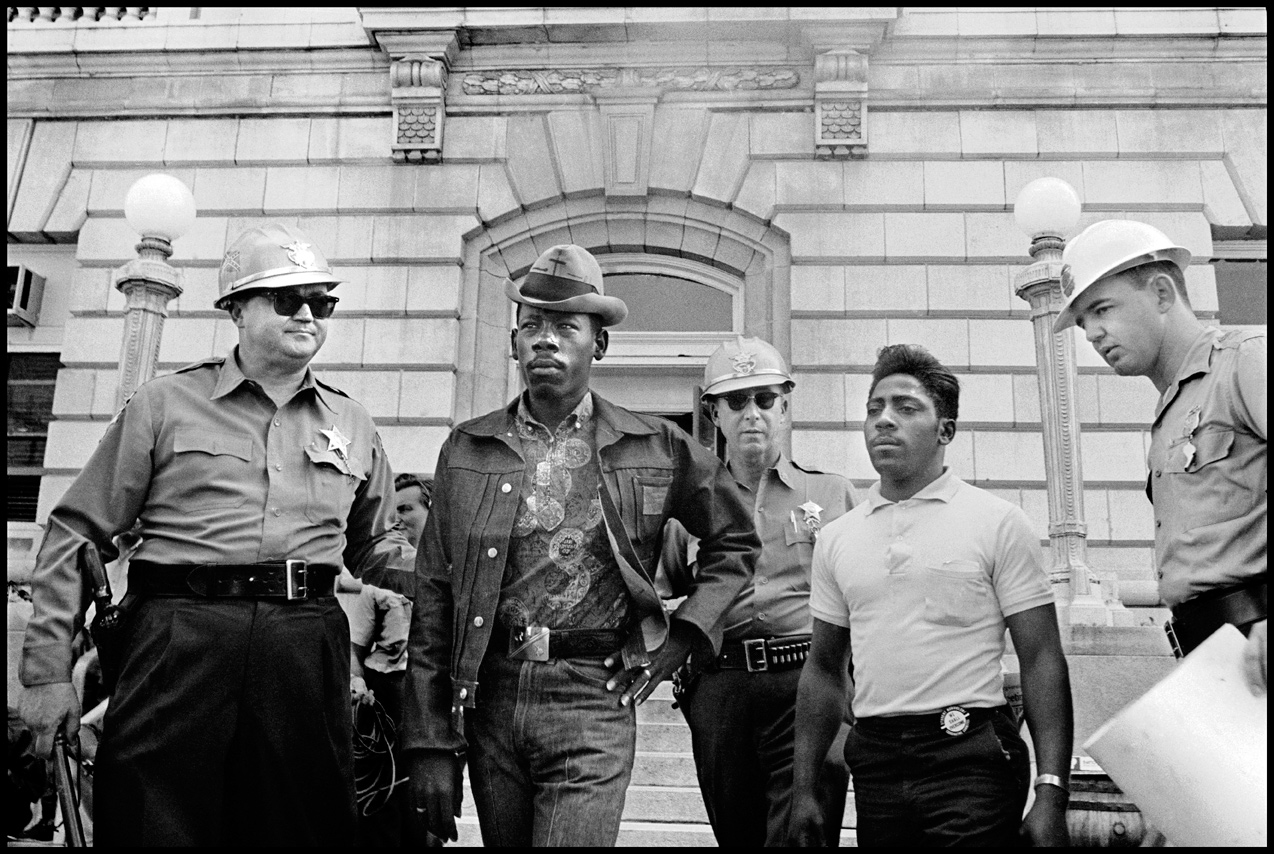 Selma had long been a place where, “every white man belongs to the sheriff’s posse, meaning he can carry a gun.” Chuck Bonner, a local high school student, was one of the first of Selma’s young people to become involved with Bernard and Colia. After the Birmingham church bombing in September 1963, he recalled, “we talked to students, we all got together at the Tabernacle Church, and we decided we should have a demonstration.”

But it was not voter registration that the high school students wanted to move on. Their plan was to stage a sit-in at a local drugstore. SNCC’s Atlanta headquarters backed away from assistance. Voter registration was the priority, and that was what local adults were prepared to support. Nonetheless, the students descended on Carter’s Drug store and sat-in at the lunch counter until they were arrested and taken away. SNCC felt it had to respond and sent Worth Long and Prathia Hall, who began organizing a large-scale protest designed to show the world that African Americans wanted to vote.

Two nights before Freedom Day, celebrities like comedian Dick Gregory arrived and gave speeches at a mass meeting to encourage protesters. After the speeches, SNCC’s executive secretary Jim Forman got down to the work of organizing. He told those in attendance to go home and pull out their phone books and begin calling people. “You’ll know who’s Negro because they won’t have a Mr. or Mrs. in front of their names. You got to get on the phone tonight and tell them to come down to the courthouse tomorrow, that it’s freedom day. Who’ll take the letter ‘A’?”

Black residents bore the brunt of the reprisals following Freedom Day. SNCC’s Chico Neblett described how one of the women at the courthouse went back to her job at a rest home where, “her boss beat her and burnt her on the arm and leg with an electric cattle prod.” But even that incident illustrated that times were changing in Selma, when “forty Negro women walked off their jobs in protest.” Despite continuing attempts at intimidation and reprisal, the Movement grew over the next year and laid the foundation for what the world would come to know as the Selma-to-Montgomery March in 1965.

Henry Hampton, Voices of Freedom: An Oral History of the Civil Rights Movement from the 1950s through the 1980s (Bantam: New York, 1991).

Bernard LaFayette, Jr. and Kathryn Lee Johnson, In Peace and Freedom: My Journey in Selma (University Press of Kentucky: Louisville, 2013).

Howard Zinn, You Can’t Be Neutral on a Moving Train: A Personal History of our Time (Boston: Beacon Press, 2002). 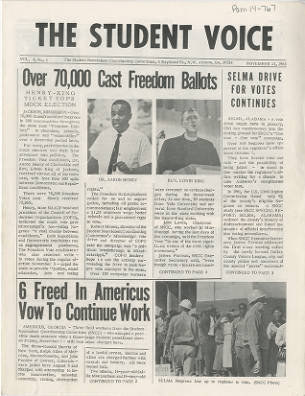 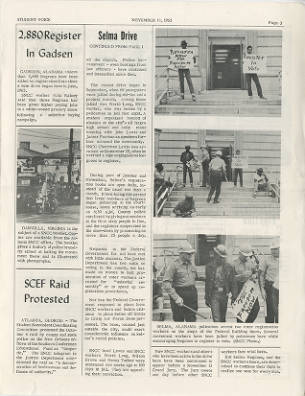 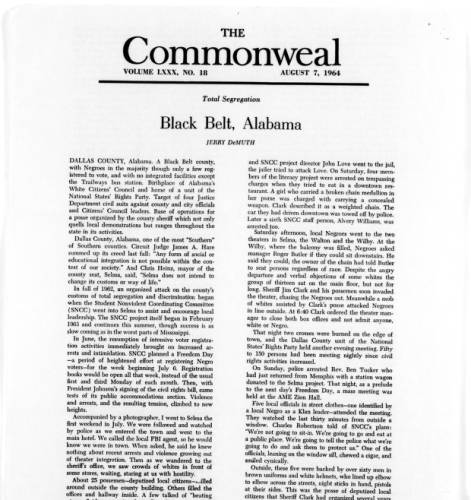