The first group of Freedom Riders, sponsored by CORE and traveling in two groups on Trailways and Greyhound buses, was met with so much violence that the rides were abandoned. However, the students in Nashville, Tennessee, who had already successfully challenged segregation there, felt that to give up in the face of violence was an unacceptable surrender that hurt the Movement. Nashville student leader Diane Nash recalled, “The [Nashville] students have decided that we can’t let violence overcome. We are coming into Birmingham to continue the Freedom Ride.” 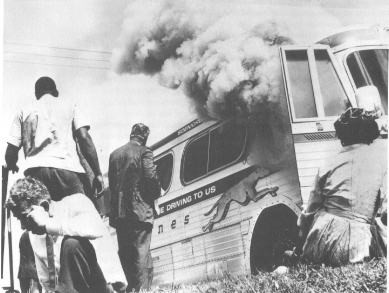 The Freedom Rides had been launched in response to a December 1960 court decision outlawing segregation in interstate travel. The Supreme Court had ruled in Boynton vs. Virginia that buses and trains should be desegregated and ordered that interstate passengers have equal access to any facilities served by the buses and trains.

On May 14–Mother’s Day–when the Trailways bus reached Anniston, Alabama, it was firebombed by a mob of Klansman, who also slashed its tires and pressed against the doors trying to hold the Riders inside as the bus burned. The Freedom Riders escaped through an open back window before the bus exploded.

The second bus carrying freedom riders reached Anniston an hour later. A Klan mob boarded that bus and beat the riders. But the bus was able to continue into Birmingham. There a mob supported by fierce segregationist and Commissioner of Public Safety, Eugene “Bull” Connor, attacked the riders and would have killed them except for a rescue organized by Birmingham Black leader, Reverend Fred Shuttlesworth. Jim Peck from CORE, who would need fifty-three stitches after the attack, remembered, “This mob seized us and I was unconscious, I’d say, within a minute. I came to in an alleyway. Nobody was there. A big pool of blood. I looked at that pool of blood, and I said, I wonder whether I’m going to live or die?”

Connor, who did nothing to protect the Freedom Riders, said later “No policemen were in sight as the buses arrived, because they were visiting their mothers on Mother’s Day.” He made it clear, however, that he had had no intention of enforcing any protection for the Freedom Riders, “I am saying now to these meddlers from out of our city the best thing for them to do is stay out if they don’t want to get slapped in jail.” 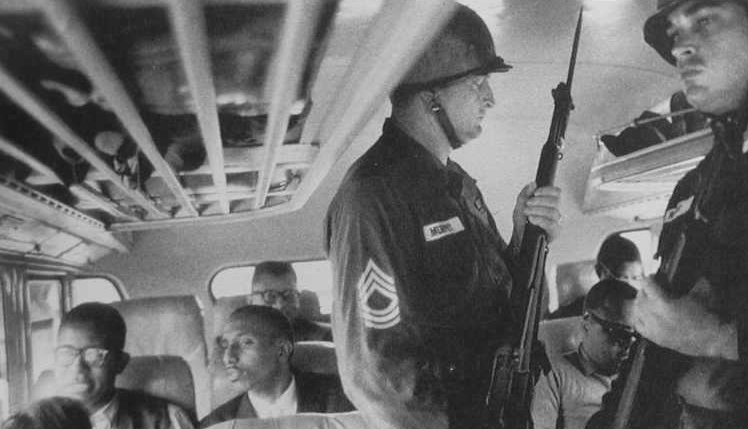 SNCC students from the Nashville Student Movement decided to continue the Ride from Nashville. They were well aware of the risk, and the Nashville coordinator Diane Nash found herself very emotional during the time “because…I was very well aware of the fact that … some of the [people I loved the most] might not be alive the next night.” On May 17th, Nash led the group of ten students on the bus back to Birmingham. Connor had them arrested and taken back to the Tennessee state line.

On May 20th, the Freedom Rides resumed with a new group, and the students made their way to Montgomery, Alabama. Pressured by the Kennedy administration, Alabama Governor John Patterson was forced to provide the Freedom Riders a police escort. However, when the bus arrived in Montgomery, the police guards disappeared and another group from the KKK stormed the bus. Jim Zwerg and John Lewis, were both badly beaten and left unconscious, but according to Zwerg, they “were prepared to die.”

Throughout the spring and summer the Freedom Rides continued, with more than sixty rides traveling across the South. Over three hundred student activists were jailed mostly in Mississippi, but the one of the major effects of the Freedom Rides was to inspire and shape the consciousness of young people, which led to a great expansion of SNCC’s work, and that of CORE as well.

John Lewis with Michael D’Orso, Walking With the Wind: A Memoir of the Movement (New York: Harcourt Brace & Company, 1999). 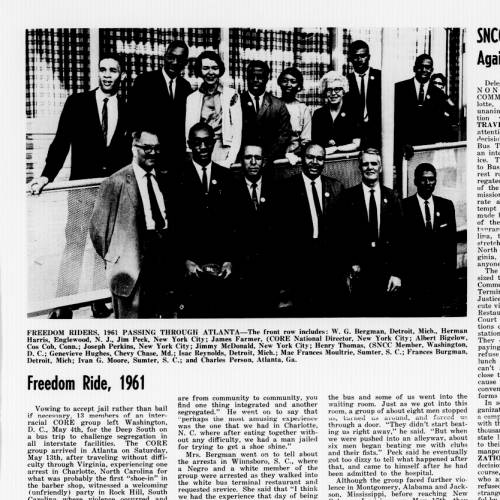 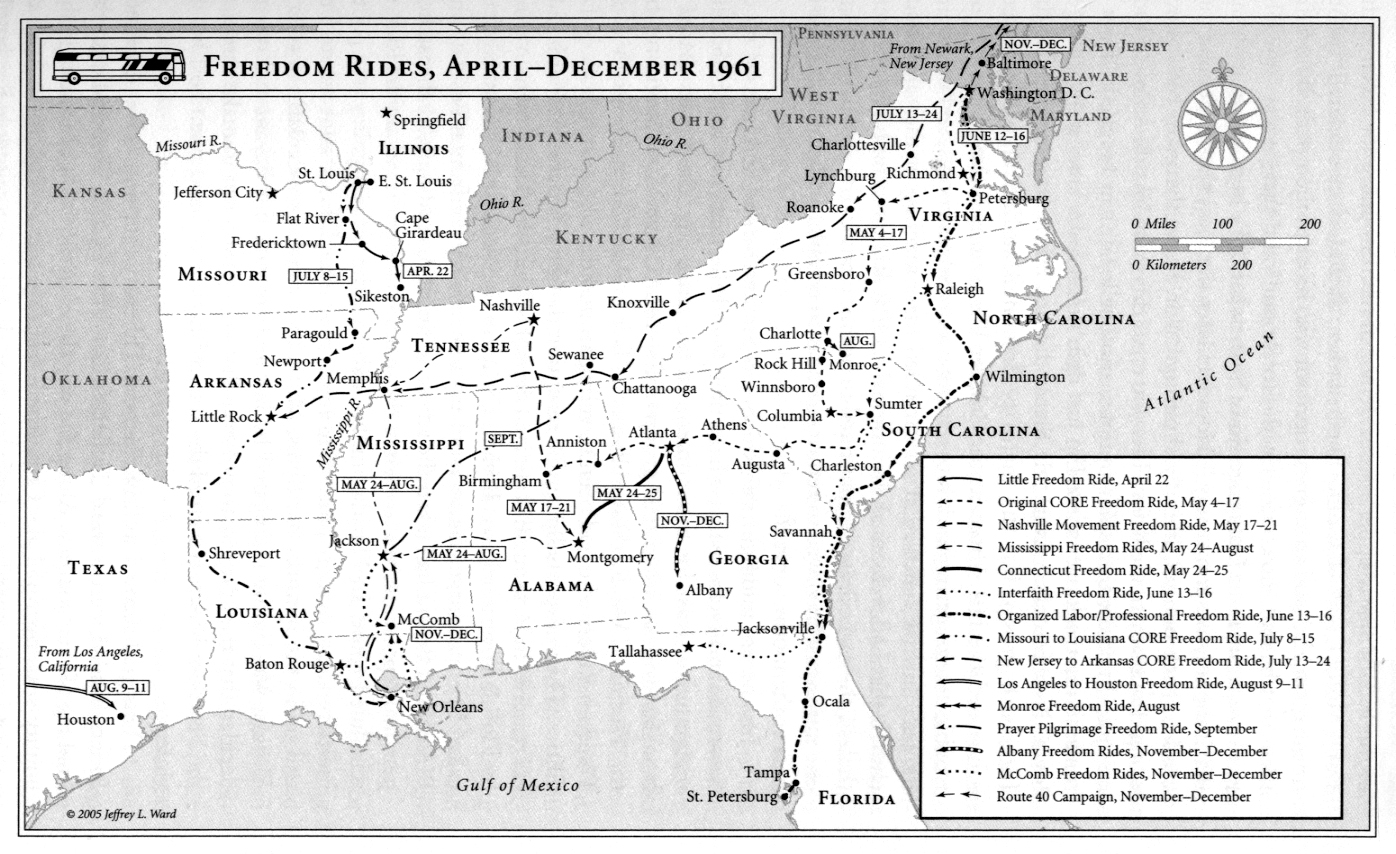 Click Here to View Document
CORE’s James Farmer’s testimony before the Committee of Inquiry, May 25, 1962, crmvet.org