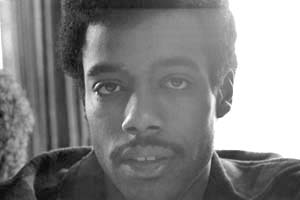 Because he had participated in sit-ins as a Howard University student, the Congress of Racial Equality (CORE) invited Charles “Charlie” Cobb to a workshop for young civil rights activists that would be held in Houston, Texas in August 1962. He bought a bus ticket to Houston but got off the bus in Jackson, Mississippi. The Jackson students were sitting-in there, and he couldn’t imagine doing sit-ins in the state where Emmett Till was murdered.

Cobb made his way to their headquarters and introduced himself. But when he told them he was on the way to a civil rights workshop in Texas, one of the students, Lawrence Guyot, confronted him: “You’re on the way to Texas for a workshop on civil rights? Tell me, what’s the point of doing that when you’re standing right here in Mississippi?” Jesse Harris, who was also present then chimed in, “You’re in the war zone here!” Cobb stayed. He was 19-years-old and would spend most of the next five years in Mississippi.

Charlie Cobb headed north with Charles McLaurin and Landy McNair to begin SNCC’s second voting rights campaign in the Mississippi Delta in Sunflower County (Greenwood was first). On their second day in the small town of Ruleville where they were based, Mayor Charles M. Dorrough–who also owned Ruleville’s only hardware store, was president of the Citizens’ Council, broadcast the agricultural news on the local radio station and was Justice of the Peace–pulled his car in front of the three as they walked down the street. Pistol in hand, he jumped out of his car and told them, “I know y’all ain’t from here and you’re here to cause trouble. Best you get out of town.” When McLaurin protested that they were just exercising their Constitutional rights and asked why they had to obey the Mayor’s demand that they get in his car, Mayor Dorrough responded, “because this pistol says so.” 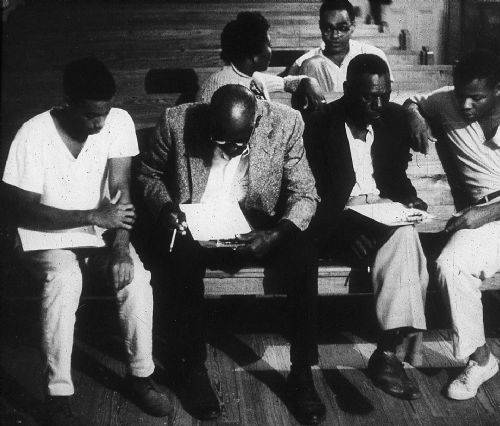 Cobb wondered what universe he had wandered into. “Like most SNCC people I have lots of stories; some involving guns, many involving danger, but the real story to understand about my involvement in Mississippi is that I was challenged by young black Mississippians to stay and work with them,” Cobb recounted later, “Mississippi’s Movement was led by Mississippians, not by the Charlie Cobb’s coming down from Howard University or wherever.” The most important quality of the Movement, he thought, was the challenges Black people made to one another within the Black community. “That’s what organizing for voter registration was about – challenging people in various ways to take control of their own lives.”

Cobb’s most well-known contribution to SNCC was the memo he wrote proposing Freedom Schools as part of the 1964 Mississippi Summer Project. These schools, he wrote, should be designed to “Fill an intellectual and creative vacuum in the lives of young Negro Mississippians.” They needed “to get them to articulate their own desires, demands, and questions…to stand up in classrooms around the state and ask their teachers a real question.” Young people, Cobb believed, had important useful energy that could be applied to the problems in their communities; they could help build movements that would bring about meaningful social change. 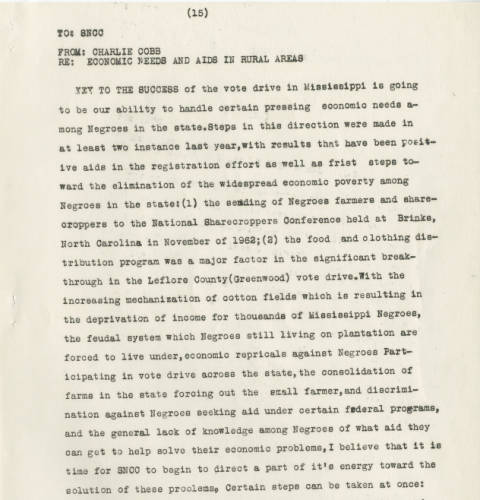 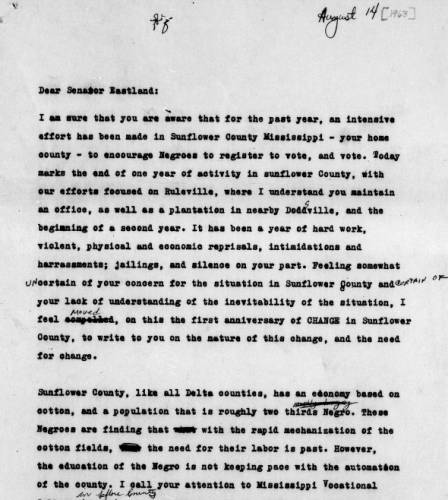 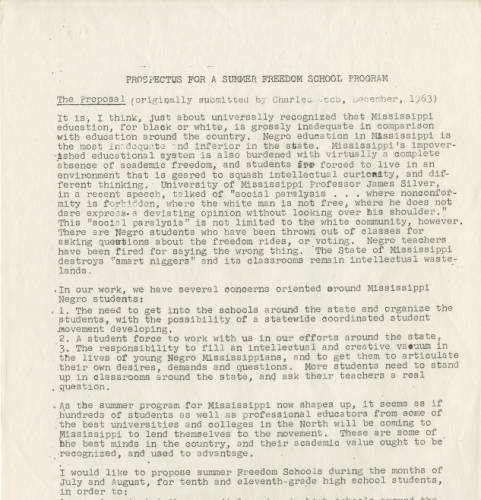