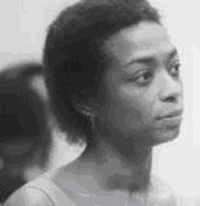 Not long after arriving in the South on New Year’s Eve 1964, Fay Bellamy, a former member of the United States Air Force, found that she was “the entire office staff” in SNCC’s Selma office. She was “the manager, the secretary, receptionist, and typist, as well as the media specialist.” She did everything from writing press releases to helping organize the Selma to Montgomery March in 1965.

Although she was a northerner, life in the segregated town of Clairton, Pennsylvania, where she was born and raised, had made Bellamy sharply aware of racism long before she came south. The women in her life were especially important. Her mother passed away when she was four-years-old, but “a family of many strong, independent women and a few strong, independent men” raised Bellamy. They instilled in her a belief in the necessity of making change. This was reinforced when, as a seventeen-year-old, she saw Emmett Till on the cover of Jet Magazine.

In February 3, 1965, just a month after beginning to work in Selma, Bellamy and project director Silas Norman heard Malcolm X speak at Tuskegee Institute and asked him to come to Selma. They spent the night talking with Malcolm and discovered that he admired SNCC’s efforts.

The next morning, Bellamy and Norman followed him to Selma. Bellamy held back a crowd of surprised reporters standing outside Brown Chapel A.M.E. Church, in disbelief that Malcolm would be attending a mass meeting in a town where, in their minds, the Movement was defined by Martin Luther King, Jr. Local people who filled the church were excited to hear Malcolm speak. They were attentive and sat listening with “no noise, no shuffling of feet, no coughing, no squirming. Only Malcolm’s voice…”

Just before the Selma to Montgomery March, Bellamy, Jim Forman, and Stokely Carmichael were headed to Atlanta when they heard that protesters were being brutalized on the Edmund Pettus Bridge. They turned around.

While she served as an essential part of managing the Selma office, Bellamy wanted to go out into the field, “not looking for more danger, but I really believed that I shouldn’t do less than what I would ask others to do.” At the end of the year, she left Selma and joined SNCC Project Director Cynthia Washington and three male field secretaries in nearby Greene County.

After three months in Greene County, Bellamy began working in the national SNCC office in Atlanta. She published posters, participated in local demonstrations, and created a staff magazine, The Aframerican. She also continuously raised issues of concern to Black women. SNCC youth organizer Gwen Patton remembers Bellamy for “always [pointing] out the importance of the Black woman’s view, based upon our socialized experiences and circumstances in a racist society” at SNCC meetings.

After SNCC, Bellamy continued the fight for social justice, working with organizations like the Institute for the Black World and the Highlander Folk School for over fifty years. She devoted her life’s work to civil rights, recalling “Working and knowing people like yourselves, being involved in making change and assisting others to do the same is the best kind of life I could ask for, and this is my life and I am absolutely thrilled.” 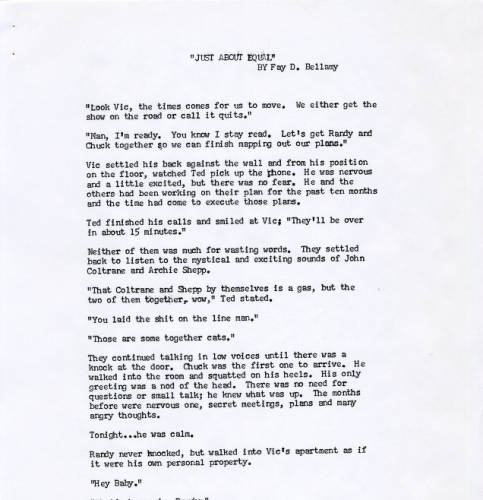