The relationship between SNCC and Martin Luther King Jr. is often portrayed as contentious; and sometimes it was. SNCC was committed to grassroots community organizing. Rev. King’s Southern Christian Leadership Conference (SCLC) was largely built around the charisma of Dr. King. Too often, many SNCC organizers felt, King and his staff parachuted into a community, unprepared for the long-term work that organizing for meaningful change requires. 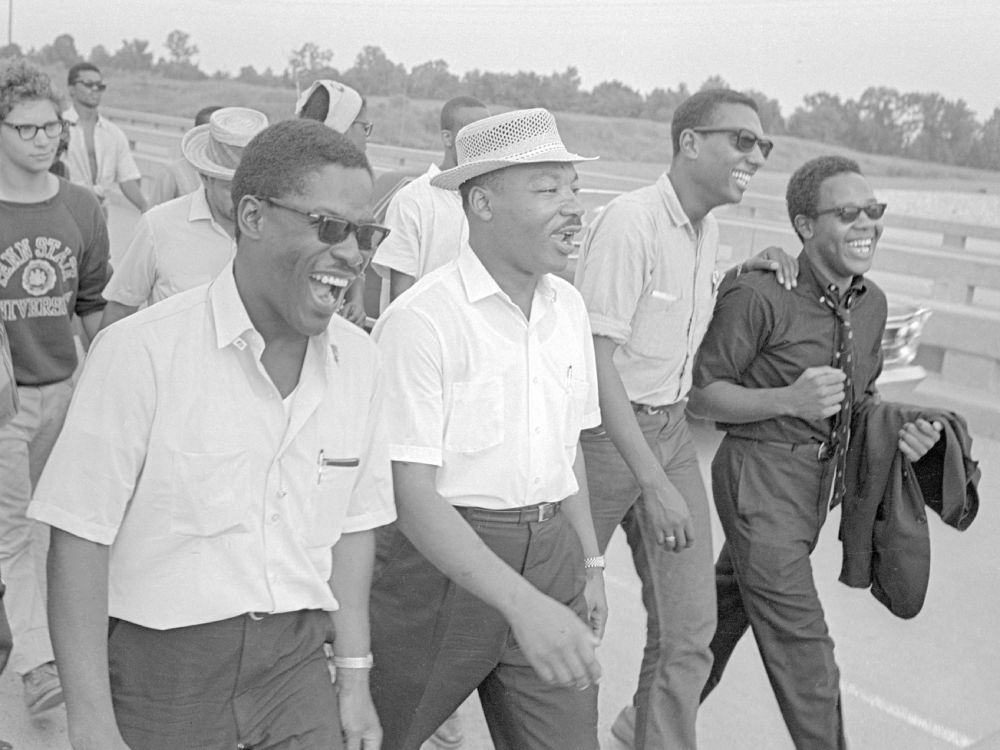 However, as SNCC’s Stokely Carmichael commented, “. . . of all the “adult leaders, Dr. King had always best understood and supported SNCC’s work.” A good way of understanding Dr. King’s relationship to SNCC is by recognizing that he was a man of the Black South, desiring change, and in that sense, one of the local people SNCC worked with on the ground. SNCC workers also knew him to be a man of deep-rooted integrity.

When the sit-ins erupted on February 1, 1960, he immediately recognized their significance, declaring just two weeks later at a Durham, North Carolina, mass meeting, “What is fresh, what is new in your fight is the fact that it was initiated, fed, and sustained by students.”

When Ella Baker–then temporary Executive Secretary of SCLC–proposed gathering sit-in leaders at her alma mater, Shaw University in Raleigh, North Carolina, King had his organization provide $800 for student sit-in leaders to gather there. Out of this conference, SNCC was born.

Rev. King had hoped the students would decide to become the student wing of his organization, SCLC. The students decided they would not. But though deciding against this affiliation, SNCC and SCLC would cross paths frequently throughout the 1960s. SNCC’s first office space was in a corner of SCLC’s Atlanta headquarters.

SCLC’s leadership was composed entirely of Black Christian ministers a decade or more older than most of the organizers in SNCC. Rev. King was on the younger side of this gap, just 30-years-old when SNCC was founded. His emergence as a civil rights leader in Montgomery, Alabama when just 26-years-old, inclined him toward sympathy for SNCC’s occasional impatience.

SNCC workers recognized and respected the fact that Rev. King was beloved in the communities where they worked. And they, too, respected King and understood the unique pressures and ever-present danger that were always weighing on his life. Even being dubbed “De Lawd,” as he was in Albany, Georgia, was more an expression of affection than disdain.

The intersection between SNCC and Rev. King elected a president. Students from the Atlanta SNCC affiliate, the Committee On Appeal for Human Rights (COAHR), persuaded Rev. King to join them in a sit-in in late October 1960. He was arrested and sent to the Georgia state prison on a bogus traffic charge. Intervention by the John Kennedy presidential campaign secured his release. That intervention swung tens of thousands of black votes, which traditionally went to the Republican Party (then the party of Lincoln), to Kennedy, gaining him the presidency. The tally: 34,227,096 popular votes for Kennedy; 34,107,645 for Richard Nixon. 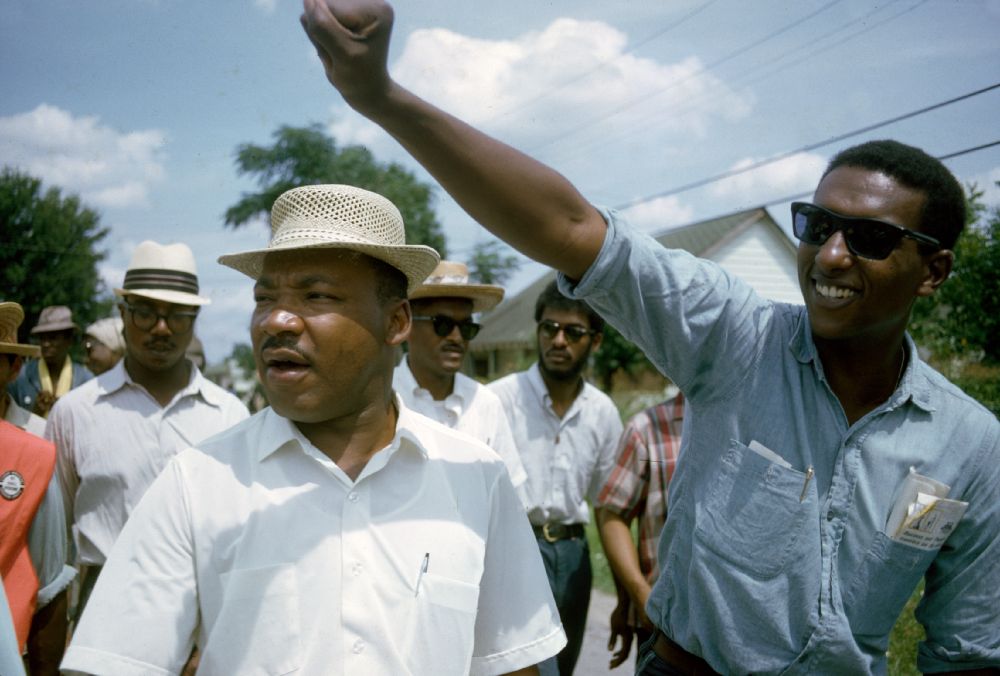 SNCC saw in King a more radical figure than many in the country acknowledged. He increasingly was turning his attention to the kinds of questions SNCC had long grappled with: What beyond the vote? How will the vast economic disparity between blacks and whites be solved? He went against many on his own staff in publicly opposing the war in Vietnam and in undertaking the Poor People’s Campaign.

Two instances in particular underline Rev. King’s sensitivity to the new dynamic of local empowerment that shaped so much of SNCC’s work. At the 1964 Democratic Party national convention, Rev. King was alone among black establishment figures to tell the MFDP delegates that it should be entirely their decision whether they accepted the compromise of the two at-large seats that had been offered, while also noting the promises made to him by Hubert Humphrey regarding civil rights. Secondly, as hostile reaction from the civil rights establishment rained on Stokely Carmichael, after his call for Black Power during the 1966 Meredith March Against Fear, Rev. King limited his reaction to the word “unfortunate”, without denouncing the idea. Indeed, he expressing understanding of Carmichael’s and SNCC’s position. And, on the final night of the Meredith March, Rev. King and Stokely both rushed from a meeting in order to attend the performance of a James Brown concert and rally at Tougaloo College arranged by Harry Belafonte.

Click Here to View Document
Telegram from Martin Luther King Jr. to President Lyndon Johnson urging him to support the seating of the MFDP, August 24, 1965, crmvet.org