After the sit-ins erupted in 1960, Bill Hansen spent much of that year picketing Woolworth’s and other five-and-dimes in support of the Movement. A year later, he participated in the Freedom Rides, which earned him a couple months “as a guest of the state of Mississippi in that salubrious Delta tourist resort known as Parchman Penitentiary.” 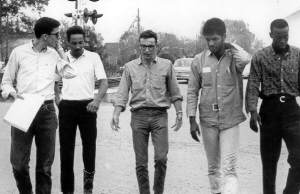 But Hansen’s movement involvement began before the sit-ins and his involvement with SNCC. As a student at Xavier University in Cincinnati, Hansen helped form the college’s Interracial Council, a venue for meeting and interacting with other people and organizations associated with civil rights. He also was a founding member of the Cincinnati branch of CORE and joined the local branch of the NAACP. At 19, Hansen was kicked out of his family’s home for his movement activities, and by the end of the 1950s, he had dropped out of school to fully commit himself to the Movement.

Hansen came to Maryland with a group from CORE to participate in protests on the Eastern Shore. There he met Reggie Robinson, a young leader in Baltimore’s Civic Interest Group (CIG)–a SNCC affiliate–who introduced him to the newly-formed organization. Soon Hansen became a SNCC field secretary and was sent to Albany, Georgia to support SNCC’s Southwest Georgia Project. During his time in Albany, he was viciously beaten by white inmates while in jail. He sustained a broken jaw and fractured ribs and had to spend two months in New York recovering from his wounds.

In the fall of 1962, SNCC sent Bill Hansen to Arkansas. As he drove alone across the South en route to Little Rock, Hansen thought to himself, “What was I getting myself into? I knew nothing about Arkansas except for the lurid headlines” of the Little Rock Crisis in 1957. He soon found his way as he became involved with student activists from Philander Smith College, including Worth Long and Ben Grinage. There the local political and economic establishment, wary of its national reputation after the school integration crisis five years earlier, conceded to the demands of the Movement. 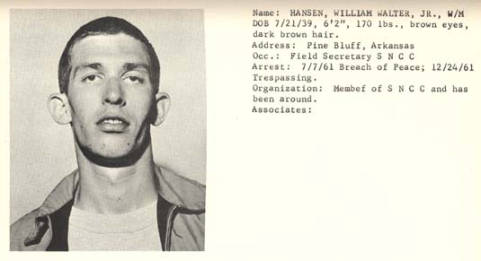 In the fall of 1963, Hansen began organizing in the Arkansas Delta. He centered his efforts in Pine Bluff, a town of roughly 50,000 and about 50% Black. It was the center of Black Arkansas at the time and acted as a gateway into the Delta. On his second day there, Hansen was arrested along with SNCC’s Ben Grinage and local college student Leon Nash. After “a night of rest and relaxation” in the city jail, police chief Norman Young escorted Hansen around town, asking several store clerks if he was the one who passed a bad check through town. The attempt at intimidation didn’t come close to testing the resolve of the young SNCC activist who just “laugh[ed] at the silliness of the whole event.”

In the Arkansas Delta, SNCC and its local allies focused increasingly on voter registration and Black political action as opposed to sit-ins and pickets. Hansen and his peers worked hard to empower local people to take control of the political institutions that governed their immediate lives. Hansen described his community organizing role as “trying to get people to feel that they are qualified,” not only to vote but to be a part of the whole political process.

In the Delta town of Helena, Hansen worked with a local man who wanted to be on the school board. At first the man, who had dropped out of school in ninth grade and worked at a local shirt factory, didn’t feel qualified to run for the position. But after learning about the requirements necessary to run for office and the role of the board in making decisions, the man gained “the confidence that he’s got a right… to decide how the school system in Helena and West Helena is run.” This type of local empowerment was at the heart of SNCC’s organizing across the South. The organization encouraged local people to take over the decision-making institutions so that they had a larger say-so in the local policies that directly influenced their lives.

Hansen resigned from SNCC as the organization began to question and wrestle with the role of whites.

He went on to teach at American University of Nigeria as a professor of international and comparative politics.

John A. Kirk, “The Origins of SNCC in Arkansas: Little Rock, Lupper, and the Law,” Arsnick: The Student Nonviolent Coordinating Committee in Arkansas, edited by Jennifer Jensen Wallach and John A. Kirk (Fayetteville: University of Arkansas Press, 2011), 2-23. 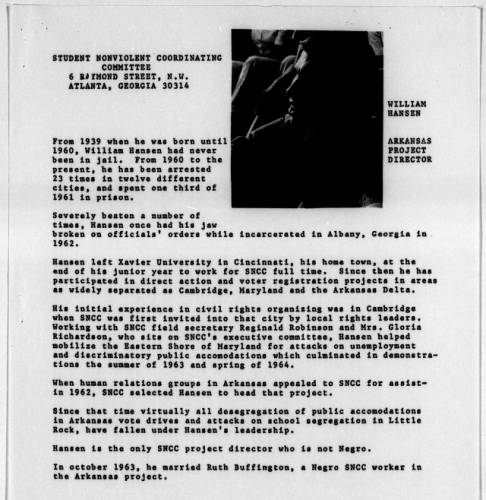 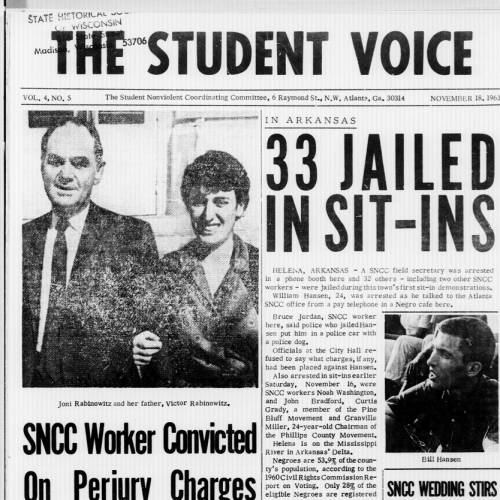 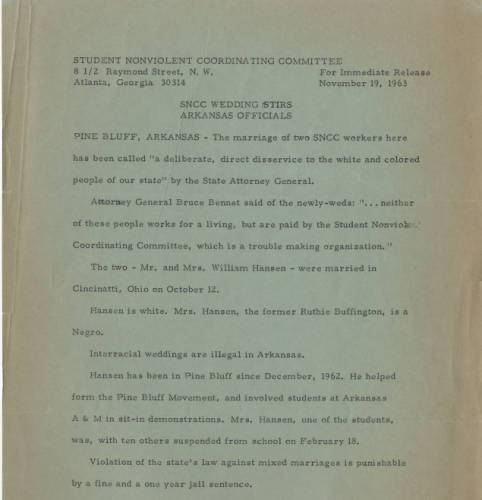 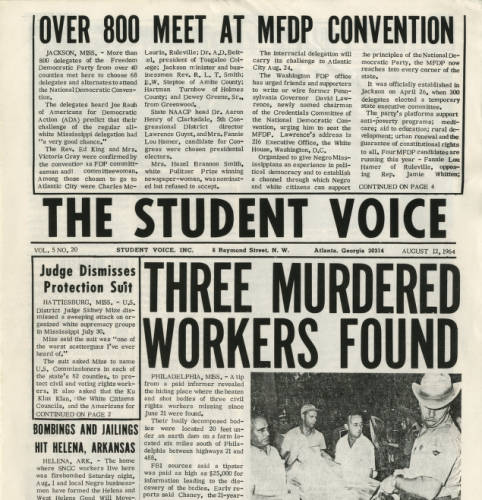 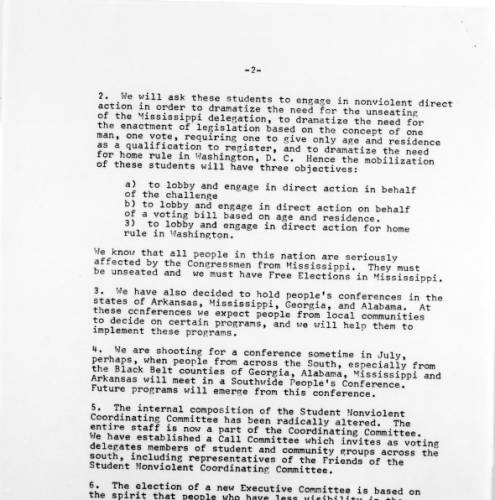