“Yesterday morning, three of our people left Meridian, Mississippi to investigate a church burning in Neshoba County,” project director Bob Moses informed an auditorium of volunteers on June 22, 1964. They were planning to work in Mississippi that summer and were being trained at Western College for Women in Oxford, Ohio. “They haven’t come back and we haven’t heard from them.”

The assumption of movement workers was that they were dead. 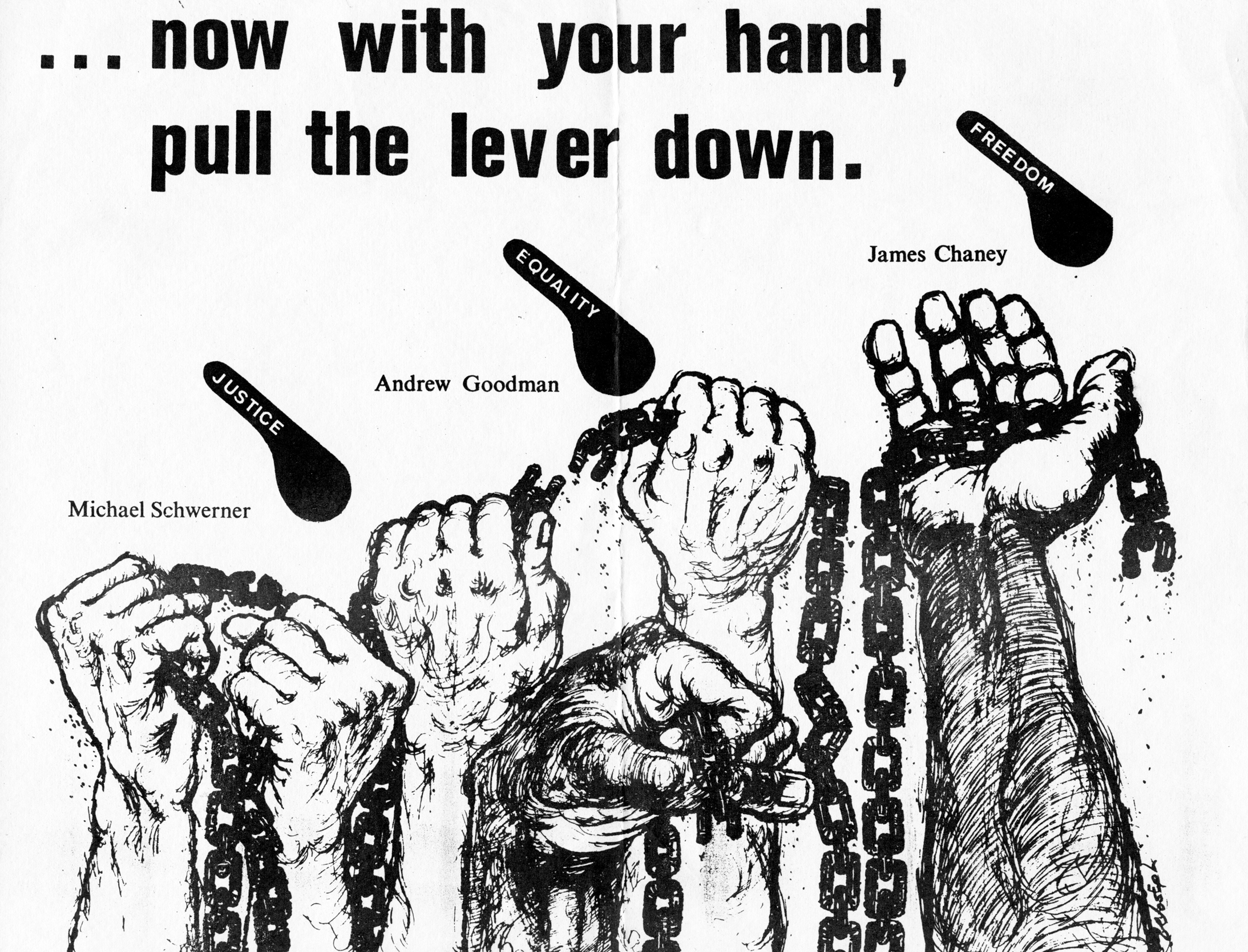 Amidst the alarm and panic that followed, someone asked how to spell the names of those who were missing. Rita Schwerner, whose husband was among the three missing men, began erasing the map of Mississippi that that was drawn on the blackboard, etching in chalk the following reference:
“JAMES CHANEY — CORE STAFF.
MICHAEL SCHWERNER — CORE STAFF.
ANDREW GOODMAN — SUMMER PROJECT VOLUNTEER.
NESHOBA COUNTY — DISAPPEARED.”

On June 20, two days earlier, word had reached CORE staffers Michael “Mickey” Schwerner and James Chaney that Mt. Zion Church, the site they had planned to serve as a Freedom School that summer, had burned to the ground. For months, Schwerner, a white New Yorker and Chaney, a Black Mississippian from nearby Meridian, had been making frequent trips to the church, holding “freedom meetings” with interested community members. Their organizing efforts had also captured the attention of whites in Neshoba County, who came to recognize the blue Ford station wagon that Schwerner drove.

The interracial pair had recruited Andrew Goodman, an incoming summer volunteer, to help with the Freedom School. When the team learned of the burning, they quickly left the Freedom Summer orientation in Oxford, Ohio to investigate what had happened. There was little doubt that the arson had been the product of white intimidation, but they hoped to persuade the Mt. Zion church community to continue holding meetings.

Chaney, Goodman, and Schwerner were arrested and jailed on the night of June 21 for “speeding” along the edge of Philadelphia, Mississippi. Deputy Sheriff Cecil Price of Neshoba County claimed to have released the three men at approximately 10 p.m. the same night. Although the three civil rights workers had disappeared, the FBI in Jackson refused to investigate the matter. Such government inaction came as no surprise to project leadership, whose pleas for federal investigation and protection had been largely ignored in previous years.

Because two of the three missing men were white with important northern connections, their disappearance quickly captured America’s attention. “The other Philadelphia” made front page headlines as scores of journalists and FBI agents flocked to the state. Within days, marchers were picketing federal buildings in Chicago, New York City, and Washington, D.C.

Rita Schwerner had no allusions about the ugly truth that was motivating the search for her husband. “I personally suspect that Mr. Chaney, who is a native Mississippi Negro, had been alone at the time of the disappearance, that this case, like so many others that have come before, would have gone completely unnoticed,” she told the press. 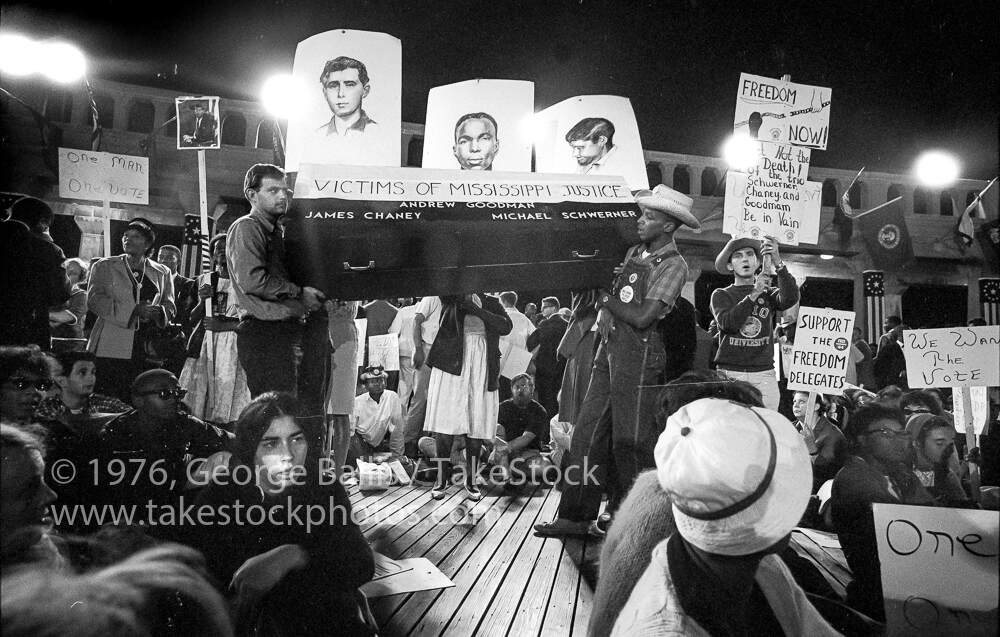 In the coming weeks, more than 150 FBI agents and 200 sailors from the Meridian Naval Air Station descended upon the state, yet federal policy towards the protection of civil rights workers in the South did not change. President Johnson, convinced that the entire incident was merely a publicity stunt, worried that if he started “house mothering each [volunteer’s family] that’s gone down there and that doesn’t show up, that we’ll have this White House full of people every day asking for sympathy.”

Finally, on July 30, an informant disclosed to the FBI that the bodies were buried at a dam site in Neshoba County. The informant, a highway patrolman from Meridian, was treated to a steak dinner at the Holiday Inn that night.

The digging began early on the morning of August 4, six weeks after the men had first gone missing. After several hours of digging and 14 feet and 10 inches deep into the earth, the bodies of Schwerner, Goodman, and Chaney were finally discovered lying face down, side by side.

An integrated burial in Mississippi was out of the question. Chaney was buried on a hilltop outside of Meridian, and the bodies of Schwerner and Goodman were flown to New York. 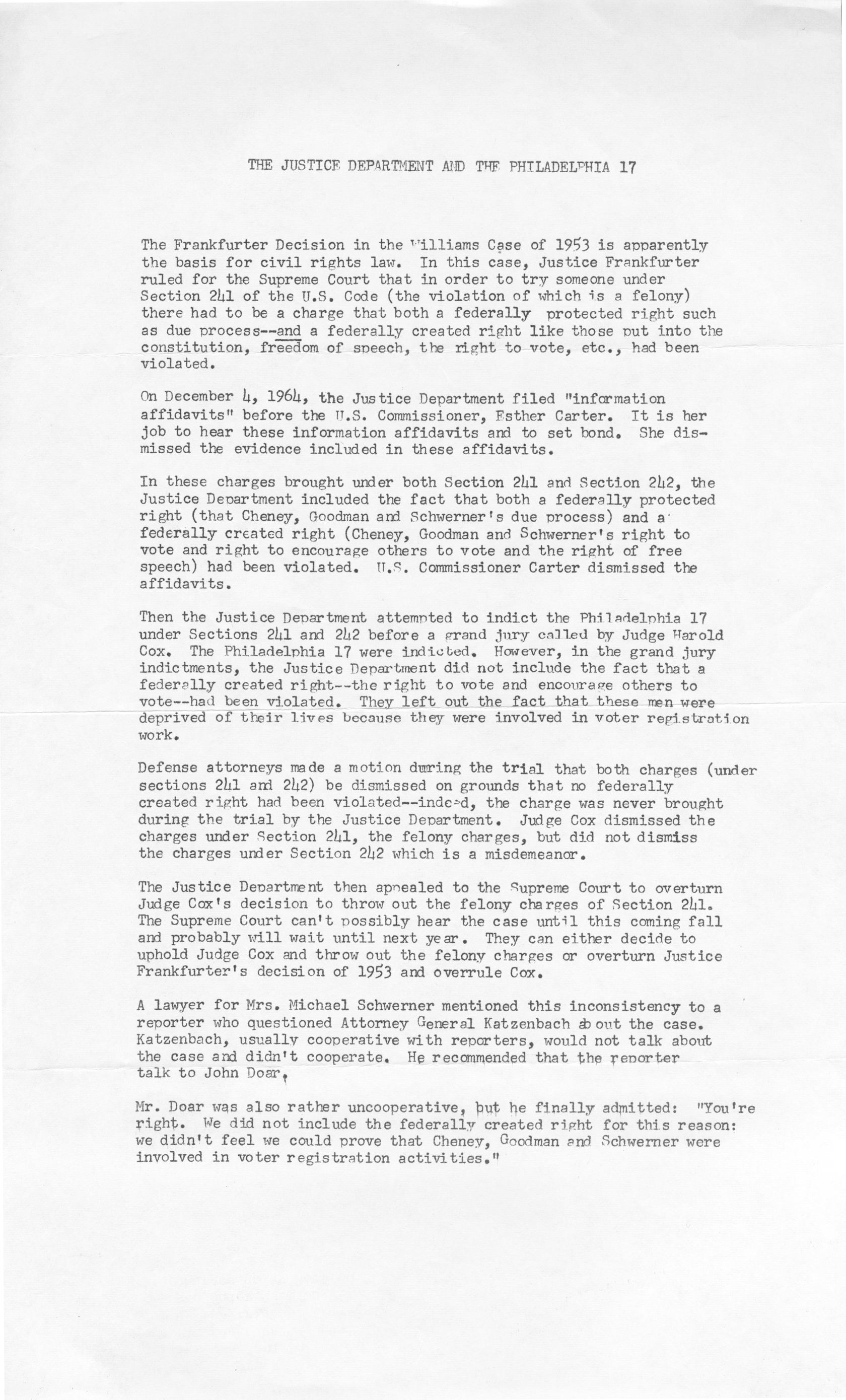 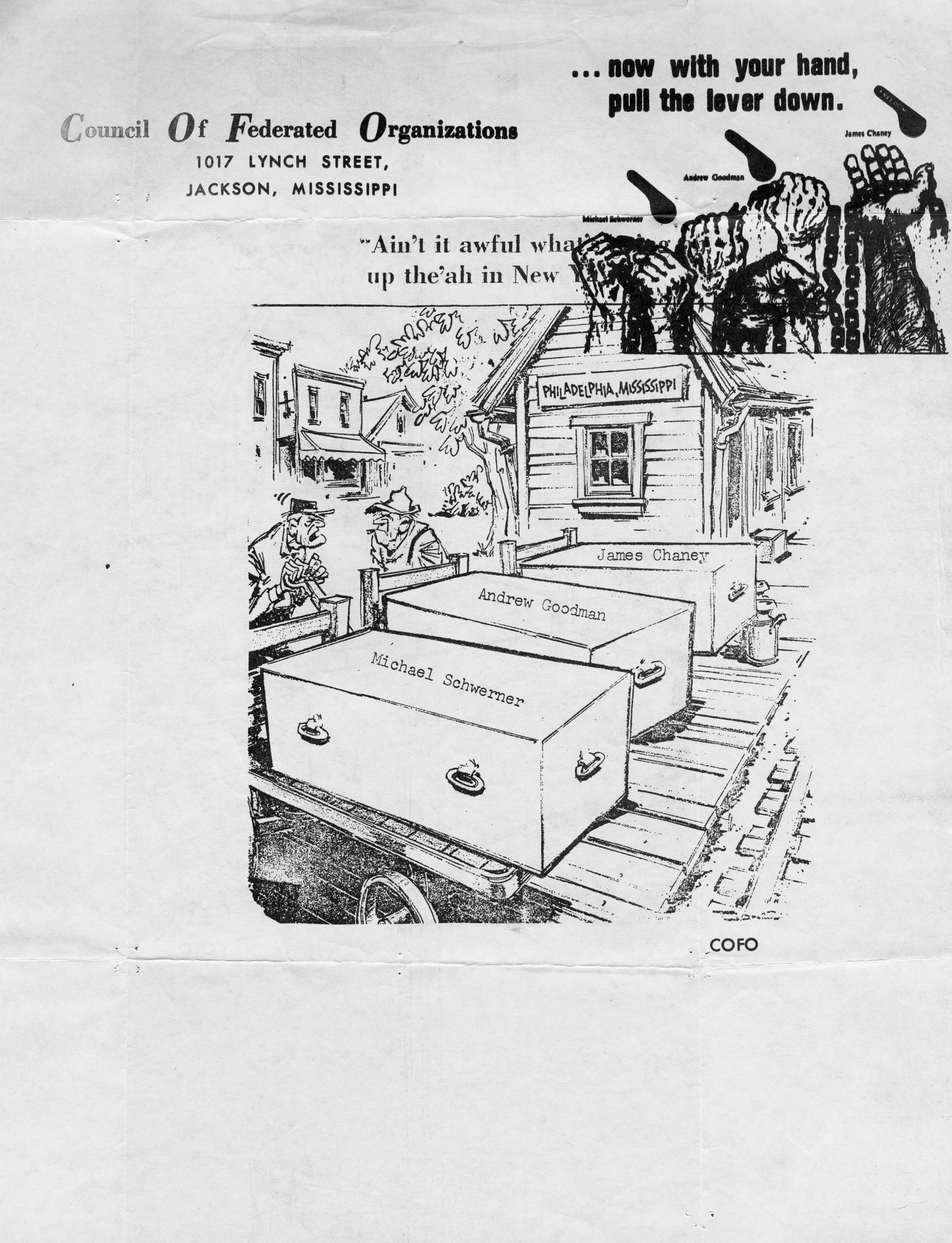