The gunfire on February 26, 2012, that killed the unarmed teenager Trayvon Martin in Sanford, Florida for no reason other than he was a young Black male, reverberated through Black communities across the nation. Long-simmering anger at such violence flamed into full view. In Florida where Martin was killed, a small group of young people led by 28-year-old Phil Agnew, Gabriel Pendas, and Ahmad Abuznaid formed the Dream Defenders and in April began a protest march from Daytona to Sanford. Along the way they sang civil rights songs they had learned as campus activists. These events along with Martin’s murder, commanded the attention of other young people who were beginning to gain traction as activists in their communities. 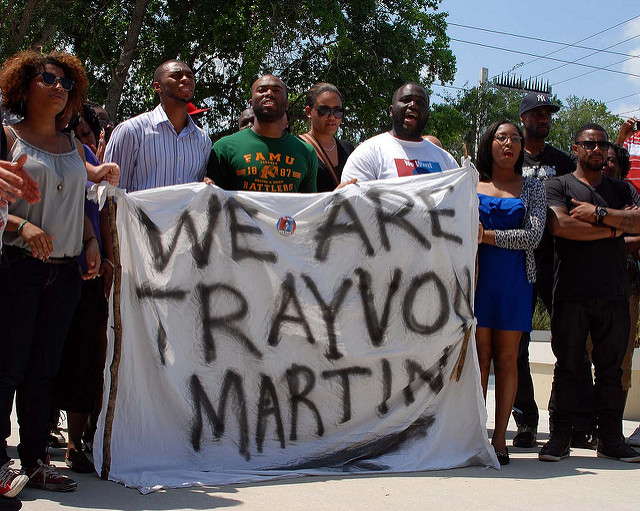 Then, when George Zimmerman, the man who had killed Martin, was acquitted the following year, conversation and struggle intensified. The Dream Defenders launched a 31-day sit-in at the office of Florida Governor Rick Scott. They were protesting Florida’s “Stand Your Ground” law which had allowed Zimmerman to get away with the killing. SNCC’s Julian Bond briefly joined this sit-in. “These young people have much work ahead of them,” he said at the time. “They remind me, I have to say, very much of myself when I was their age, thinking that I could change the world…making some changes, still waiting for others to happen…still active as I could possibly be in the movement for social change.”

As this was unfolding in Florida, a movement was also growing and taking shape around the country. Three young women—Alicia Garza from Oakland, California, Patrisse Cullors from Los Angeles, and Opal Tometi from New York—began tweeting #BlackLivesMatter and organizing what has become the Black Lives Matter Global Network. As they put it on their “Herstory” website, urgently needed was and is, “an ideological and political intervention in a world where Black lives are systematically and intentionally targeted for demise. It is an affirmation of Black folks’ humanity, our contributions to this society, and our resilience in the face of deadly oppression.” And in Chicago Black Youth Project 100 formed to organize “against state violence directed at black youth.” A young Chicago activist, Charlene Carruthers, took on a leadership role. 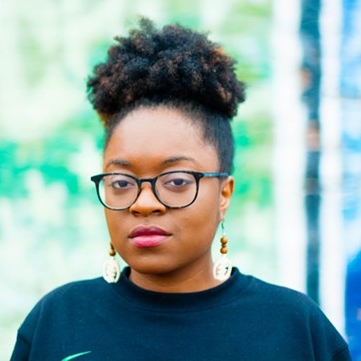 Dozens of other new organizations began to emerge. Police violence against Black youth in Ferguson, New York, Baltimore, and other cities as well as protest against such violence gained new visibility. Like Julian Bond in Florida, SNCC veterans around the country welcomed this development and the new leadership that accompanied it. The SNCC Legacy Project (SLP) made its support clear and public. Dialogue and exchange of views began. Some of the names important to SNCC were known to this new generation: Ella Baker, Mrs. Fannie Lou Hamer, James Forman. And they wanted to know more about them. They were anxious and pleased to meet and talk with people who had worked with them. They were interested in SNCC’s organizing tradition though sometimes unsure about what was useful and what was not. For SNCC veterans, long worried and uncertain about whether and how continuing struggle might be fashioned, they now saw that it was.

Thus, the SNCC Legacy Project collaborating with Duke University’s Center for Documentary Studies convened in September 2015, an intergenerational conference of SNCC veterans and activists of the new Movement for Black Lives (M4BL) to discuss voting rights and the larger struggle for civil rights. While a specific program of struggle did not emerge, common ground was established and has formed the basis for continuing discussion.

The latest of these discussions has centered on the necessity of this movement to begin now to document their history. SLP has stressed that given the long-term nature of the struggle for change that even in 50 years the work will not be finished. Therefore, it is necessary now to begin planning to have a history that presents their work from the inside out and easily available for future use. The first concrete step in this regard was a January 18, 2018 meeting hosted by the new National Museum of African American History and Culture in Washington DC between SLP Chair Courtland Cox and SLP board members Charlie Cobb and Sharlene Krantz with representatives of the M4BL from which emerged a continuing committee that will take additional planning steps toward this goal.