In the summer of 1962, SNCC workers and several residents of Ruleville, Mississippi boarded an old yellow school bus after attempting to register to vote at the county courthouse in Indianola. They were now heading back to Ruleville, twenty-six miles away. But the bus was stopped by local police, and the driver was charged with driving a bus of the wrong color. 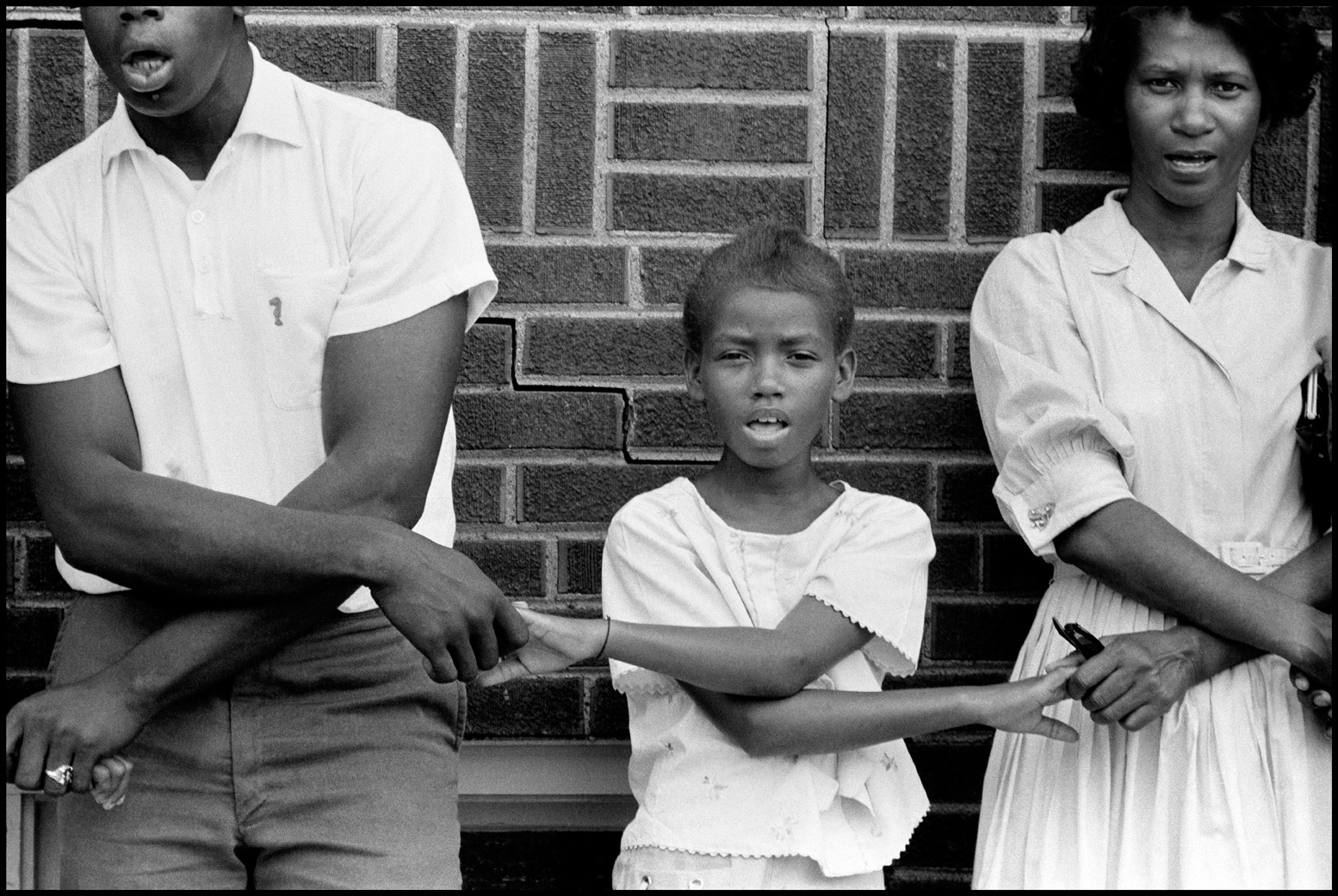 Fear filled the air. Suddenly, however, a voice rose out of the fear. It was Mrs. Fannie Lou Hamer, a timekeeper on a local plantation, singing “This Little Light of Mine,” and other freedom songs. “Her voice calmed and empowered,” recalled Charlie Cobb, a SNCC field secretary stationed in Ruleville. The group refused to cow to the police officers, and Mrs. Hamer emerged as a grassroots leader.

Freedom singing was a vital part of SNCC’s community organizing tradition. When Sam Block went to Greenwood, Mississippi, to start SNCC’s first voter registration project in the Mississippi Delta, one of the first things he did was teach local people freedom songs. The songs, often borrowed from traditional church songs, helped thaw some of the fear that locals had towards the Movement. “I began to see the music itself as an important organizing tool,” Block reported, “not only to bring [people] together but also as an organizational glue to hold them together.”

The music culture of the Movement encouraged people to participate. Freedom singing, unlike performance-based singing, was congregational, as in church. People clapped and sang along with songs that expressed freedom in the face of oppression and courage in the face of danger. And people were carried away with the emotion and power that the singing generated. Willie Peacock witnessed this power shortly after joining Block in Greenwood in the fall of 1962. “We couldn’t stop singing freedom songs. Those songs had a real message that night: Freedom… comes through knowledge and power — political power.”

Freedom singing also gave those who weren’t a part of the established civil rights leadership a chance to have their voices heard in the Movement. Bettie Mae Fikes was a high school student when SNCC activists began organizing a voter registration drive in Selma, Alabama. And while voter registration was geared towards adults who were eligible to vote, she helped form a young people’s freedom choir. Instead of singing the regular gospel songs at mass meetings, Fikes and her friends “started changing the music, the tempo, and the lyrics.” “We would improvise right off the top of our heads,” Fikes recalled, “I was thinking about Selma’s sheriff, Jim Clark, and so I sang, ‘Tell Jim Clark, I’m going to let it shine,’ next I used the head of the state troopers, Al Lingo, and put him in the next verse.” Fikes became the voice of the Selma Movement.

More than anything, freedom music was a tool for liberation–“an instrument,” Bernice Johnson explained, “that was powerful enough to take people away from their conscious selves to a place where the physical and intellectual being worked in harmony with the spirit.” Johnson was a student at Albany State College (now University) in 1961, when SNCC came to the small Southwest Georgia city. She quickly emerged as a leader of the Albany Movement, using her powerful singing voice to spur the Movement forward. “Singing was the ‘bed’ and the ‘air’ to everything,” she later reflected, “and I never heard or felt singing do that on that level of power.”

Bruce Hartford, “The Freedom Movement was a Singing Movement, and Our Songs were Freedom Songs,” Civil Movement Veterans Website.

Bernice Johnson Reagon, “Uncovered and Without Shelter, I Joined This Movement for Freedom,” Hands on the Freedom Plow: Personal Accounts by Women in SNCC, edited by Faith S. Holsaert, et al. (Urbana: University of Illinois Press, 2012), 119-127.

Pt. F. "Oh Freedom: The Music of the Movement,” We Shall Not Be Moved Conference, 1988, Trinity College 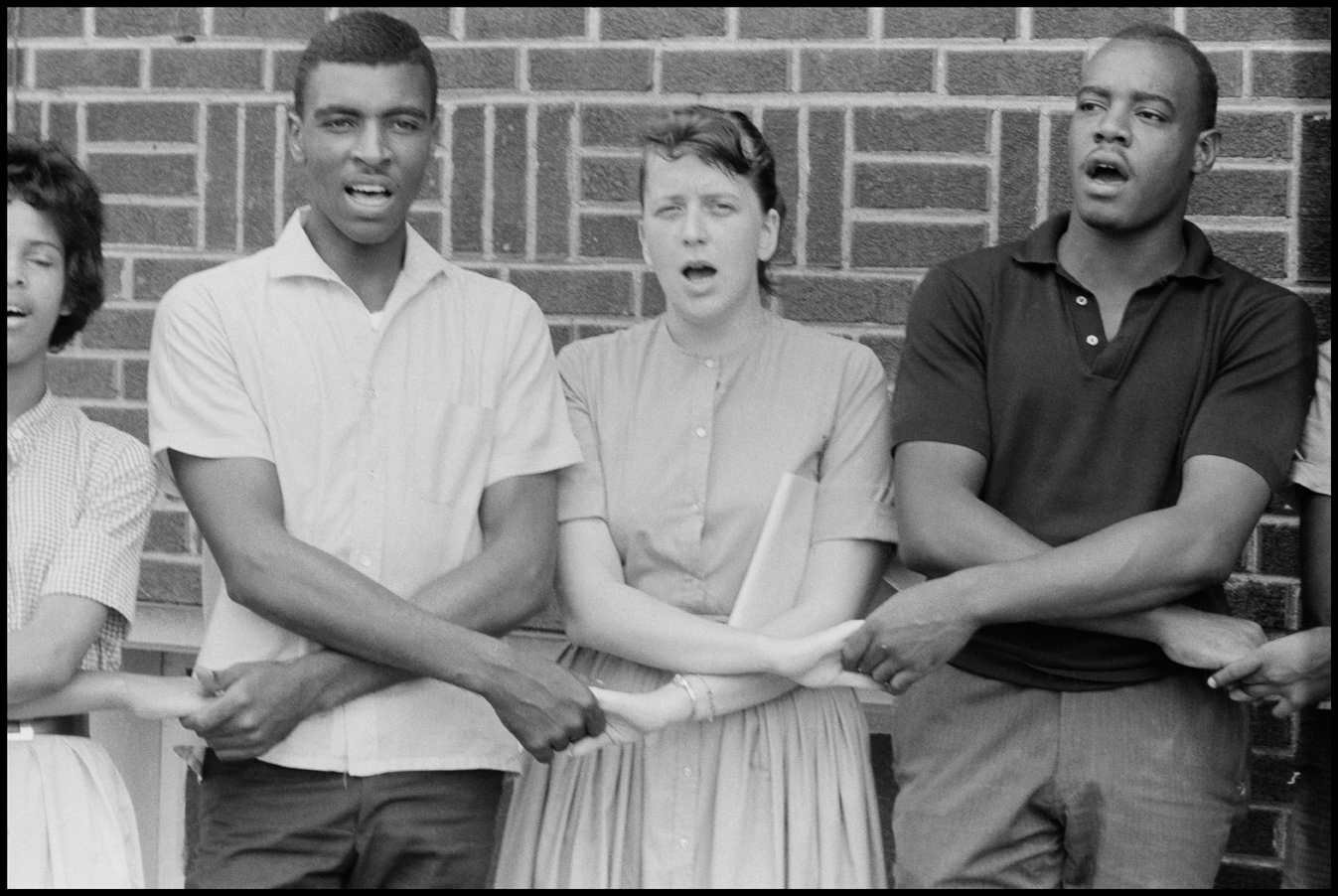