Home » Our Voices » Internationalism » To Tanzania

Since the Democratic Party’s failure to seat the Mississippi Freedom Democratic Party at its 1964 convention, those in SNCC had increasingly been searching for ways build Black economic and political power. This led them to organize independent political parties, like the Lowndes County Freedom Party, and later on, independent Pan-African institutions, like Drum & Spear Bookstore and the Center for Black Education. But by the late 1960s and early 1970s, people like Courtland Cox, Jennifer Lawson, and Geri Augusto were increasingly serious about the need of Black Americans to align with Africa and the diaspora to create a formidable base of power.

If we were going to solve both the economic and political problems that we faced in the United States, we did not have the horsepower here in order to do it. – Courtland Cox

They were not motivated by romantic visions of Africa but were searching for concrete solutions to the problems they found in front of them, something that stemmed directly from the SNCC experience.

Geri Augusto “We Had a Lot of Problems” 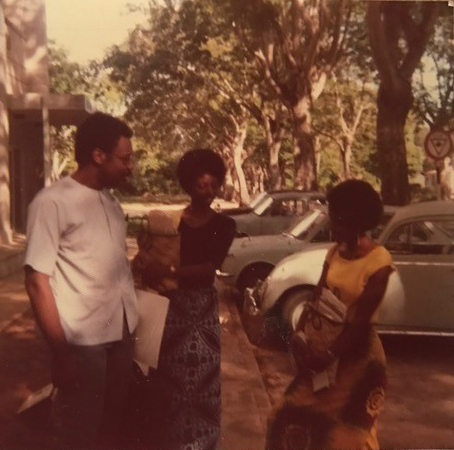 During this period, members of the Center for Black Education began participating in a series of conferences exploring the international dimensions of Black Power. Out of these gatherings came the idea to convene a Sixth Pan-African Congress. The first Pan-African convening had taken place in 1900, followed by five more “congresses” called by W.E.B. DuBois. The early congresses brought together intellectuals from the diaspora calling for decolonization of Africa and the West Indies. The fifth and most recent Pan-African Congress in 1945, however, marked a shift as working class and trade unionists pledged that Africans would decolonize Africa themselves. By the early 1970s, the dream of politically independent governments in Africa was underway.

The first formal organizing meeting for the Sixth Pan-African Congress took place in Bermuda and included Center for Black Education members, C.L.R. James, the Tanzanian ambassador to Canada, and others. President Kwame Nkrumah of independent Ghana sent a letter of support. Upon returning to Washington, D.C., members of the Center for Black Education began working with their mentor C.L.R. James to draft the call for the congress. Meanwhile, a colleague from Drum & Spear introduced Cox, Cobb, and others to Walter Bgoya, a Tanzanian who was working in the Ministry of Foreign Affairs. Through Bgoya, they met a Tanzanian foreign minister who connected them directly to President Julius Nyerere.

Those at the Center for Black Education and Drum & Spear were deeply influenced by Tanzania and the worldview of Julius Nyerere. Tanzania gained its independence in 1961, and Nyerere, the head of Tanzania’s independence movement, became its first prime minister and then president. Nyerere put forward an African socialism that he called Ujamaa, embracing economic self-reliance and working for the common good. At the Center for Black Education, members were well-versed in Nyerere’s thinking, reading his books which were published in English.

It was within that context Cobb, Augusto, Jennifer Lawson, and others made their first trip to Tanzania in 1970. “It’s not at all clear what we’re going to do, but we all go, and we come with the approval of the foreign policy establishment of Tanzania,” Cobb remembered.

Jennifer Lawson “Consistent with the Work We’d Been Doing”

When Geri Augusto, Charlie Cobb, Courtland Cox, and Jennifer Lawson began traveling to Tanzania to work on the Sixth Pan-African Congress, Dar Es Salaam was the capital of radical thought in Africa. They found themselves in the middle of “a fervor of competing and circulating and boiling set of ideas about politics and what should happen,” which gave them an unparalleled education.

Julius Nyerere “was open to talking about what it meant to really govern in a way that was beyond neo-colonialism. – Courtland Cox

Jennifer Lawson “The Stories that Were Being Told” 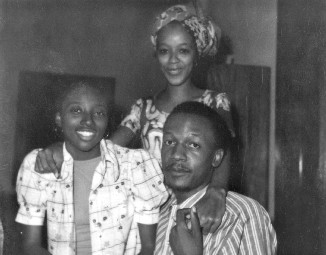 For Cox, Cobb, Augusto, and Lawson, their on-the-ground experiences in Tanzania cemented the ideas of Pan-Africanism that they had been exploring back in Washington, D.C. They saw themselves as part of a broader world of the African diaspora, beyond the citizenship of any one country.

Beyond Citizenship of Any Particular Country