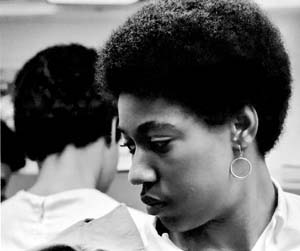 When young people in Birmingham decided to rise up against segregation, 15-year-old Jennifer Lawson “felt that you could not help but be a part of the Movement.” Born in Fairfield, Alabama, Lawson was the daughter of a repair shop owner and school teacher. “I grew up in a very segregated world, but a world where we had everything we needed from ourselves,” she explained. Her upbringing instilled in her a strong commitment to Black leadership and empowerment.

The Birmingham Movement had been struggling under the pressure of heavy intimidation when young people like Lawson got involved. On May 2, 1963 at 11 a.m., Black schoolchildren poured out of their classrooms and together braved police dogs, fire hoses, and arrests in what became a week of demonstrations. For her participation in the Children’s March, Lawson was temporarily expelled from high school.

Lawson continued her work in the Movement when she enrolled at Tuskegee University. She became involved in the protest movement on campus and in the surrounding community. This activism led her directly to SNCC and its plans in 1964 for a summer project in Mississippi.

For her, the summer marked a radical turn in direction. “I came back and was planning to be a nice pre-med student at Tuskegee,” she explained. But she questioned how valuable she could be as a doctor when there were so many greater issues at hand. The struggle for voting rights, Black empowerment, and SNCC were now increasingly occupying her thinking. As fellow Tuskegee student, Gwen Patton, recalled, “SNCC [was] just everywhere.”

When the fight for voting rights raged in Selma in March 1965, Lawson and other Tuskegee students picketed at the state capitol in Montgomery. “The power of the music is what kept us consolidated, demonstrating, kept us moving,” she recalled. As the Klan and billy-club wielding state troopers came towards them, the group stayed focused, “even as those state troopers lifted us and put us in the truck and took us off to jail.”

Jennifer Lawson eventually left school and became a SNCC field secretary. As a full-time SNCC organizer, she worked in Lowndes County in the Alabama Black Belt. There, she encouraged residents to register to vote and explained how the Lowndes County Freedom Organization, the independent political party SNCC built with local residents, could help Black people win political power. Lawson, Stokely Carmichael, Bob Mants, and Courtland Cox would go into fields, speaking to African Americans about how they could elect Black officials and build something of their own. 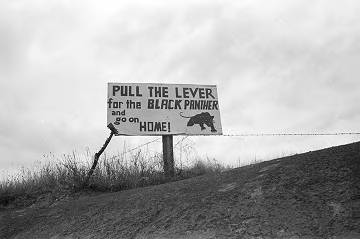 Lawson, an amateur artist, drew the illustrations for one of SNCC’s most valuable organizing tools in the county–a comic book which explained functions of various county offices in understandable terms. “We never … waited for someone else to do something, that if we needed something we created it,” Lawson explained. Before the 1966 election, SNCC was concerned that there would violence at the polls when Black residents cast their ballots. The LCFO had chosen a black panther as their symbol. “If somebody can get the lumber and make the sign,” Lawson volunteered, “I’ll draw a panther. I’m not a trained artist but I will draw a panther that big and I’ll […] write down ‘Vote for the Black Panther and then go home’ with an exclamation point.” It didn’t take long for her billboards to be “nicely embellished with bullet holes.”

Jennifer Lawson went on to work at SNCC headquarters in Atlanta after her time in Lowndes County. Later in life, she became the head of programming at PBS and founded her own media company. “I came to filmmaking because I also worked in adult literacy,” she explained. “And I felt after my time in SNCC, I felt that it was really important for us to tell our own story, not to wait for anybody else to tell our story but to tell our own.”

“Hands on the Freedom Plow Panel with Women of SNCC,” April 1, 2011, Smithsonian National Museum of African American History and Culture.

Click Here to View Document
Transcript of a discussion between Jennifer Lawson, Jimmie Rogers, and James Forman about organizing in Lowndes County, Alabama, May 1966, [Note that Lawson is incorrectly identified as “Ruby Sales” in pages 3 – 7] crmvet.org 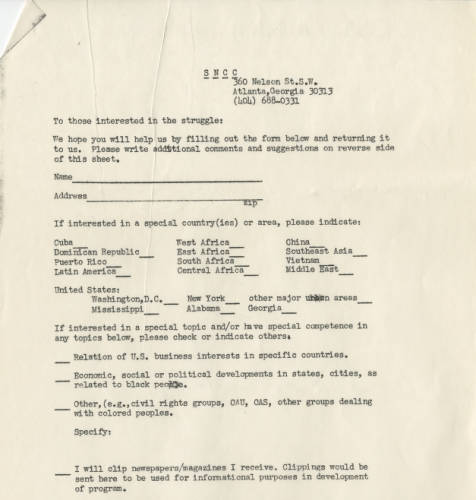