Natchez, Mississippi was one of the very few places where SNCC and the local NAACP clashed. And when William “Bill” Ware arrived in the Southwest Mississippi river city in 1964 he found himself in the middle of these sharp differences. 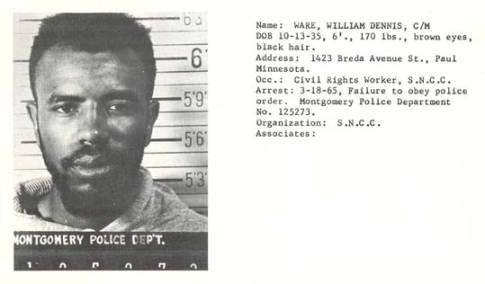 Charles Evers, the brother of Medgar Evers, had announced plans to march on the county courthouse because of the state’s failure to comply with the Civil Rights Act. The city ordered a 10 p.m. curfew that applied only to Black residents and activated the National Guard. Fearing violence, Evers cancelled the march. But the local MFDP chapter and SNCC had mobilized the community, and Ware stood up in front the assembled crowd and urged them to defy Evers. For his part, Evers shouted over Ware, telling the crowd that, “these outside agitators are gonna get you killed!” The march did not happen, and Evers urged a boycott of white merchants, known as “Black Christmas,” instead, although the tension remained.

William “Bill” Ware was born in Cannonsburg, Mississippi in 1935. Named after his once enslaved grandfather, Ware’s family was deeply committed to his education. His formal education began in a one-room schoolhouse, but he eventually gained a scholarship to a private high school in Minnesota. After graduating in 1958, he was drafted and served in the military for two years.

Ghana’s independence in 1957 deeply affected Ware, and after his time in the service, he joined the Peace Corps to work there. Ware arrived in Ghana in 1962, and he studied under sociologist St. Clair Drake, one of the pioneers of African studies in the United States. It was there that he embraced the idea of uniting people of African descent the world over and adopted African-style dress and grew a beard. When he returned to the United States in 1963, Medgar Evers had just been assassinated. Ware made his way to SNCC and Mississippi the following year, wanting to do something.

When the Georgia State Legislature refused to seat Julian Bond in 1966, Ware opted to stay in Atlanta and work toward getting Bond seated. This effort focused on an impoverished neighborhood known as Vine City and became known as SNCC’s Atlanta Project. In some respects it was SNCC’s first effort at urban organizing.

Increasingly, the project began to emphasize racial solidarity as an integral component its work. Ware believed that Black people needed to work “without the guidance and/or direction and control of non-Blacks.” Without control over their affairs, he warned, “Black people will know no freedom, but only more subtle forms of slavery.” This stance was criticized by some in SNCC, but Ware and others involved with the project felt that Black solidarity was a crucial component of struggle. Some of the roots of SNCC’s call for Black Power lay here.

In March of 1966, Ware, along with Michael Simmons, Ronald Snellings, and other members of the Atlanta Project, released the Black Power Position Paper which demanded the expulsion of white SNCC members from the organization. Decrying the “inability of whites to relate to the cultural aspects of black society,” the paper demanded that organizations working in Black neighborhoods needed to be led by Blacks, which they saw as the “best method” for solving the problems of those areas.

Tensions between the project and SNCC’s leadership in its Atlanta-based national headquarters continued to grow, especially following the uprising in the Summerhill neighborhood following the police shooting of an unarmed Black man. Ware encouraged protest, as did SNCC’s new chairman, Stokely Carmichael. But when police raided SNCC’s headquarters, Ware bore the blame. There was no support for SNCC from Atlanta’s Black establishment. This event, along with disagreement with the position paper, was a major factor in SNCC’s decision to disband the Atlanta Project. Ware left Atlanta shortly after, and later moved to Baton Rouge to work with students at Southern University. 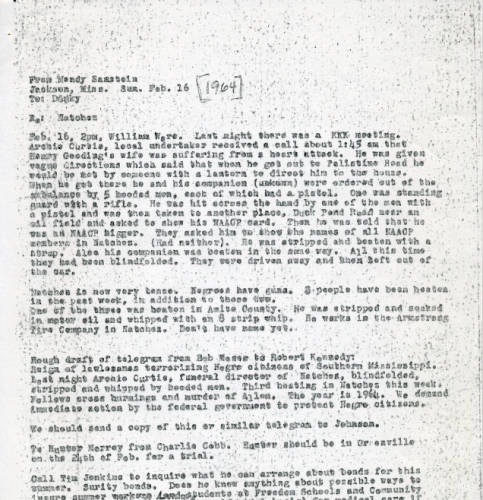 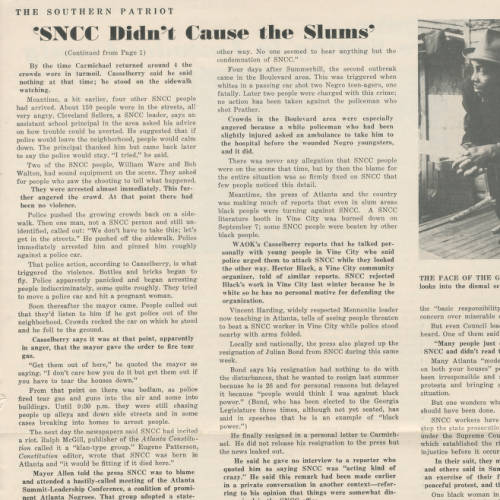 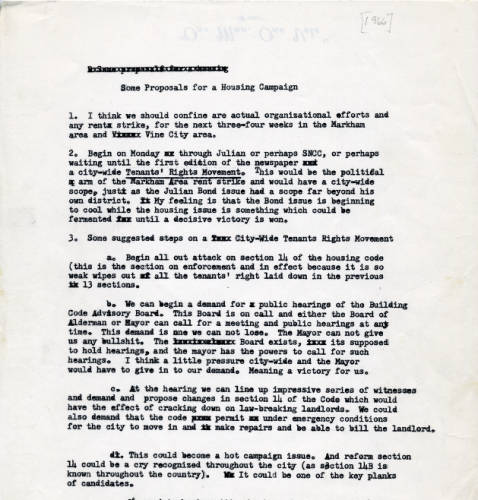 “Some Proposals for a Housing Campaign,” [1966], Mendy Samstein Papers, WHS 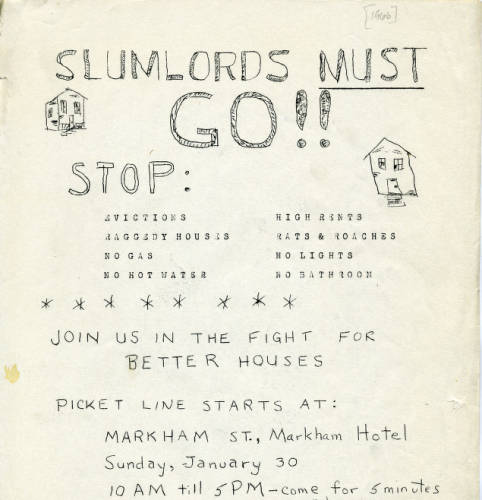