Like many in SNCC, Ed Brown often said that the 1955 murder of Emmett Till in Mississippi shaped the consciousness of his generation. Though born in New Orleans, he was raised in Baton Rouge, Louisiana in the two-bedroom Grant Street house his grandfather built. Brown’s own journey to fight segregation and white supremacy began in 1960 as a freshman at Louisiana’s Southern University. He and 16 other classmates staged sit-ins at the Greyhound bus station and Kress lunch counter, protesting racial segregation. They were arrested, expelled, and banned from attending any university in the state of Louisiana.

After his expulsion, Brown transferred to Howard University in Washington, D.C. in 1961. There he quickly found a place on the front line of the Movement as a leader of the Nonviolent Action Group (NAG) a SNCC-affiliate. Courtland Cox, a fellow student and NAG leader, became “like a brother to me,” Brown said. He, Cox, and Butch Conn, another NAG activist, became roommates.

NAG organized demonstrations at the White House in support of student sit-ins and against Greyhound and Trailways in support of the Freedom Riders. Brown and others from NAG picketed on Route 40 for over 18 months, protesting discrimination against African United Nations delegates who were refused service along the major road from Washington, D.C. to New York.

Like many in SNCC who began as protesters, Brown recognized that change would not come about by protest alone. He became deeply involved with the 1964 Summer Project, arriving in Mississippi that summer to work in Holmes County. Voter registration was at the heart of this work in a county that was 70 percent Black. He helped organize the Mississippi Freedom Democratic Party (MFDP), which challenged the seating of the segregated Mississippi Democratic delegation at the upcoming 1964 Democratic National Convention.

“We had no doubt that we would prevail. As part of the attempt to establish the right to vote, we were organizing MFDP as a political force to challenge resistance to political change,” Brown reported.

“Mrs. Fannie Lou Hamer was the real hero of MFDP and the Civil Rights Movement. We witnessed her powerful testimony and her courageous stand against the Democratic Party Credential Committee and the powers that be” who were trying to force a compromise and withdraw the MFDP’s demand to be seated in place of the segregated Democratic Party delegates. MFDP refused the compromise, and the all-white Mississippi delegates were seated.

“The world was now defined between us and them in a way a religious person defines the world between the believers and the non-believers,” proclaimed Brown. “We were pure and good; all others were corrupt.”

Brown remained in Mississippi after the summer continuing his organizing efforts to improve the political and economic conditions of Black and poor people in the region. In 1967, he became the executive director and founder of the Mississippi Action for Community Education (MACE) and The Delta Foundation in Greenville, Mississippi. At MACE, he developed community-based enterprises such as catfish farms and a blue jean clothing industry, employing and empowering Blacks to produce and sell their own products.

Ed Brown discusses organizing the MFDP during 1964, videography be Eddy Anderson. Courtesy of the personal collection of Valinda Johnson Brown 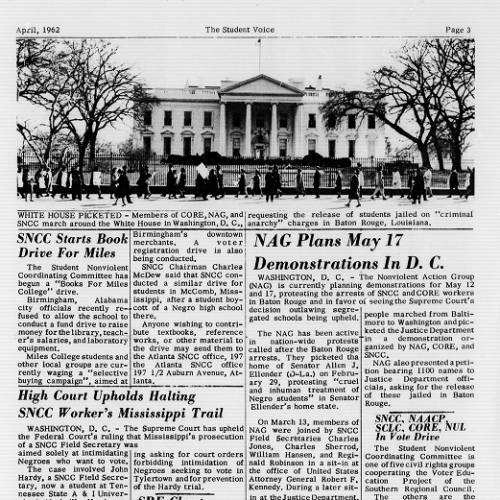 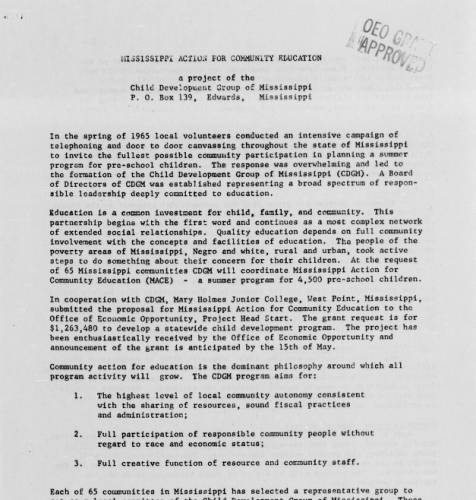 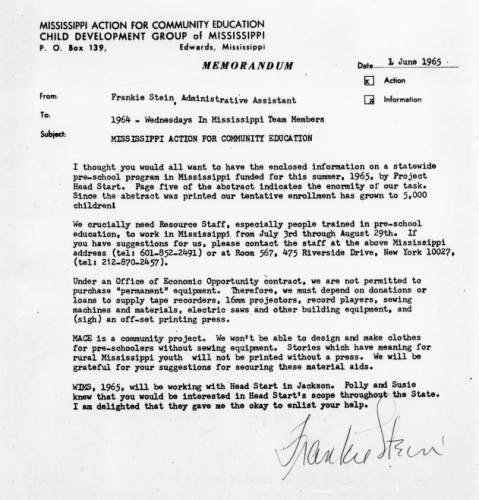