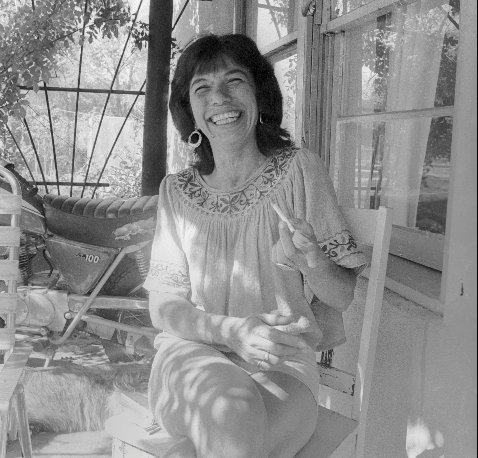 Elizabeth (Betita Martinez) Sutherland’s father came to the United States in 1917 during the Mexican Revolution, and he taught his daughter radical politics from a young age. “Every night over dinner he would talk about seeing Zapata come into the capital with the campesinos, and that put the idea in my head that I wanted a revolution right here.”

Sutherland became the first Latina student at Swarthmore, and after graduation, she moved to New York where she began a career in publishing. To “pass” in the white-owned publishing world, Betita Martínez adopted her mother’s middle name and became Liz Sutherland. In 1958, she was hired by Simon & Schuster.

The political radicalism encouraged by her father revived on a trip to Cuba in 1961. After meeting with revolutionary artists and writers, she recalled, “When Cuba declared itself socialist, so did I.” In 1962, Sutherland became an active member of New York Friends of SNCC. She used her professional connections to raise funds for the organization in liberal New York circles. Funds raised in northern offices were critical to SNCC’s southern projects; at its height, the New York office raised 75% of the SNCC budget.

After the 16th Street Baptist Church bombing, Sutherland quit her publishing job and in 1964 headed to Mississippi for the Freedom Summer Project. Along with Maria Varela, she remembered, “we were the only two Chicanos.” In 1964, Sutherland convinced Simon & Schuster to publish The Movement, a chronicle of the first two years of SNCC with photos by Danny Lyon and text by Lorraine Hansberry. She was able to direct all royalties for the book to SNCC.

Back in New York, Jim Forman asked Sutherland to be the director of New York Friends of SNCC. When she took the job in January 1965, she replaced Marion Barry, who moved on to work in D.C. That year, she edited Letters for Mississippi, a compilation of letters written home by Freedom Summer volunteers. Stokely Carmichael called the book “an irreplaceable record of an extraordinary moment in American social and cultural history at midcentury.” Sutherland’s work brought to life SNCC volunteers’ personal experiences in southern communities and SNCC’s way of doing politics on a grassroots, local level. She later worked on Stokley Carmichael’s book Black Power (published 1967) and Jim Forman’s The Making of Black Revolutionaries (published 1972).

“My work was my identity,” Sutherland recounted, “I was a SNCC worker; that remained my self-definition.” In 1966, however, after SNCC articulated the need for Black membership and leadership, most whites left their leadership positions. Sutherland, though identifying as Chicana, was also replaced, but she continued to work for SNCC. In June of 1967, she sent a paper called “Black, White, and Tan” to SNCC’s Atlanta headquarters. She wrote, “One day I found myself unable to vote in SNCC because I was ‘white.’ When I was a child, the girl next door wasn’t allowed to play with me because I was Mexican.” She signed the paper Elizabeth Sutherland Martínez, using her father’s last name for the first time in SNCC.

But she did not break her ties with SNCC. In 1967, Sutherland returned to Cuba with Stokely Carmichael, Julius Lester, and George Ware to represent SNCC at a gathering of Latin American revolutionaries. Their stance was to “fight against the exploitation of black people in the United States. We were opposed to the exploitation of peoples around the world, especially people of the Third World by the United States.” Sutherland remembers SNCC’s growing third-world consciousness and her simultaneous embracing of her Latina identify.

For Sutherland, the struggles against racism and sexism were inseparable. In 1968, she moved to New Mexico to fight in the Chicano movement. “From SNCC’s Liz Sutherland,” she remembers, “I became Betita Martinez again, overnight.” Martínez continued to devote her life to activism and founded the newspaper El Grito del Norte, which covered the Chicano movement, the Black Panther movement, and other anti-racist struggles. In 1997, she founded the Institute for MultiRacial Justice in the California Bay Area with SNCC’s last chairman, Phil Hutchings. The mission of the center was to “help build alliances among peoples of color and combat our divisions.” 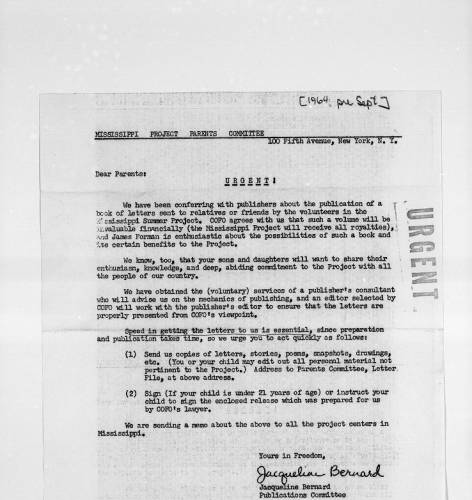