“I’m a daughter of a freedom fighter,” said Karen Edmonds, who was brought into the Movement long before she joined SNCC. She and her family lived in Greensboro in the mid 1950s, “and my dad was the head of the NAACP; so what else to do you?” As a high school student, she joined her local NAACP Youth Chapter and participated in the 49th Convention of the NAACP in Cleveland, Ohio as a member of the National Youth Work Committee.

When she entered Howard University, Edmonds got involved with NAG, the Nonviolent Action Group, a SNCC campus affiliate, and volunteered at the SNCC office in D.C. Under Marion Barry’s leadership, the office began putting more focus on “the problems of people in the District” instead of fundraising and lobbying. “It was a very, very segregated city, we had no vote at all on anything,” Edmonds recalled. She got involved in the Free DC Movement that grew out SNCC’s efforts there. By 1966, after saving up what money, Edmonds could she moved to Atlanta to work in SNCC’s national office.

Working full-time for SNCC, she had some big shoes to fill. Jack Minnis, the director of SNCC’s Research Department was leaving, and Edmonds, who had a Master’s Degree, was asked to take his place. “Jack was a legend, so I said, ‘There’s no way in the world I’m gonna take Jack Minnis’s place, so I’m going to have to make my own place.’” And she did, stepping into the bustle of SNCC’s research and communication in the era of Black Power.

One of the first things that Edmonds did was join Ethel Minor, director of SNCC’s Communication Department, in starting the Aframerican News Service (ANS) to combat the “distorted or unreported” coverage of Black America in the white news media. The number of subscribers to the ANS quickly grew from 20 to over 200 and included the National Council of Negro Women, the Southern Christian Leadership Conference, Muhammad Speaks, and Black student organizations. For a long time, Edmonds and Minor were the only two people running the ANS.

Edmonds and Minor also pushed to expand SNCC’s reach on Black college campuses. In May 1967, they proposed a SNCC college campus program emphasizing HBCUs and “begin to actively involve them in the struggle for black liberation.”

Working in the Movement meant putting fear aside and knowing that “you were going to have to come up against situations that were going to test your mettle,” and by 1967, SNCC needed any additional resources and personnel it could get.

This was a period of intense expanding and essential learning. SNCC workers were always studying, sharing and discussing books by Frantz Fanon, Cheddi Jagan, Kwame Nkrumah, and others. “We’d sit down at night and talk about what the meaning was, and we really were concentrating. A lot of our reading was on Third World Struggles,” recalled Edmonds.

Work in the Atlanta office was fluid. “We switched hats depending on what was needed. You could be expected to do anything from writing an article, researching an article, collect and clip newspapers, participate in setting up a press conference, write a press release, be a press spokesperson, to going downstairs in the SNCC print office to actually learn how to do a paper cutting.” There was a lot of “cross fertilization” between people of different departments as they shared ideas, clippings, and the workload. “We constantly supported each other. Especially the people who worked in that Atlanta office because we worked from 9:00 in the morning until 9:00 at night, seven days a week just about.”

While at the Atlanta Office, Karen Edmonds met people from around the world who were interested in meeting those involved in the Civil Rights Movement and, specifically, SNCC. Students from the Atlanta University Center came to volunteer, and SNCC members offered them support and guidance for their work on campuses. “We had tremendous support from the community. And I think that’s what buoyed us up and kept us going,” remembered Edmonds.

With the continued deepening of Black consciousness, SNCC began to redefine itself as an organization. Much of SNCC’s work and thinking during this period is misunderstood and often distorted. Emonds explained, “Black Power came out of SNCC. It didn’t destroy SNCC.” She and others continued to be active in the struggle for self-determination in the decades following. Karen Edmonds Spellman currently sits on the board for the SNCC Legacy Project and has been coordinating the Black Power Chronicles to highlight the importance of this history.

Karen Spellman speaks about the many responsibilities of SNCC staff and the need to be flexible, July 2016, Being SNCCy Recordings, Duke University 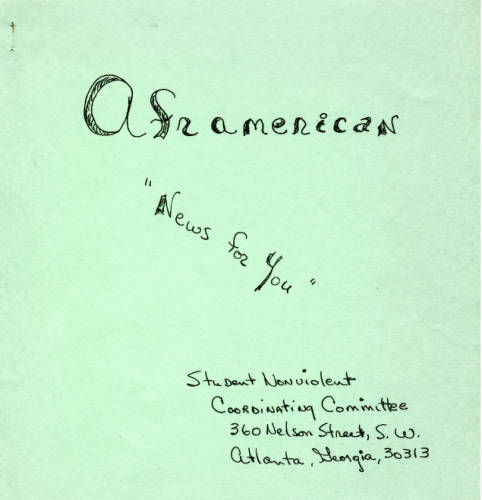 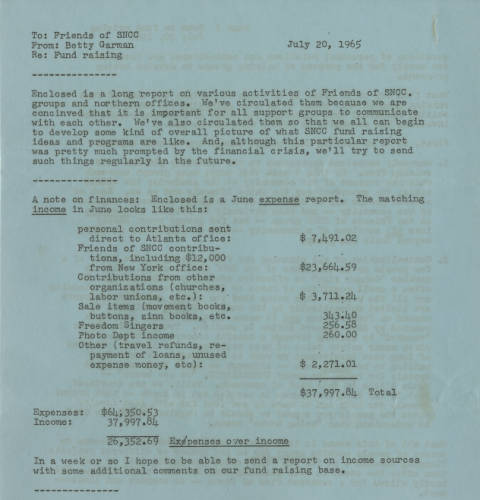 Karen Spellman speaks about the energy around Black Power at the Meredith March, Our Voices: Emergence of Black Power, snccdigital.org