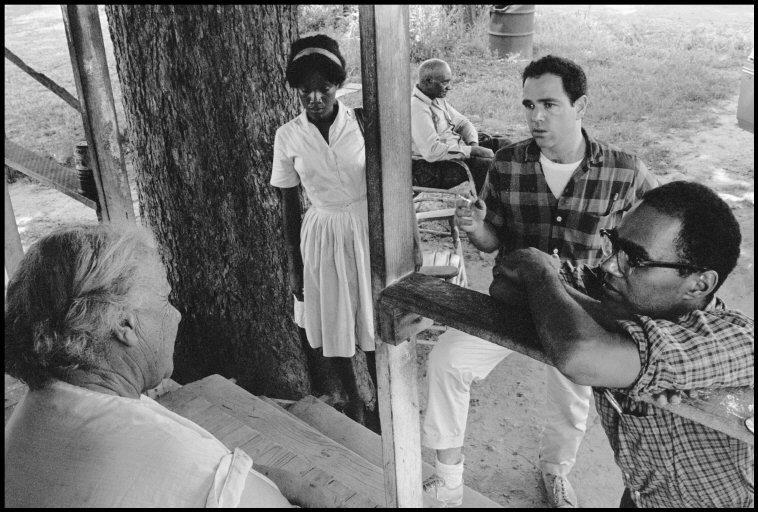 Remembering her first SNCC conference in the spring of 1962, Martha Prescod (Norman) asserted, “ I felt I had found my real home and my real life in this community, where it was the norm to be black, political and radical.” At that time she was already raising small amounts of funds for SNCC by selling copies of the Albany Movement documentary record, Freedom in the Air.

Prescod met SNCC activists when she was a first year student at the University of Michigan in the fall of 1961 when Curtis Hayes came to campus. Then that winter Tom Hayden arrived and also described SNCC’s early community organizing efforts. Both were involved with the SNCC project in McComb, Mississippi, near where Hayes was born. Hayden, a founder of the Students for a Democratic Society (SDS) had also been arrested on a Freedom Ride into Albany, Georgia. That left Prescod “almost giddy with the idea that someone my age could take action that might change the overall racial situation in the United States.”

The following summer she continued her support work at home in Detroit, Michigan assisting SNCC field secretary Bernard Lafayette and freedom rider, Elizabeth (Slade) Hirshfeld in the SNCC fundraising efforts in that city. Diane Nash was the featured speaker at a mass meeting the group held at the end of the summer.

Returning to the University of Michigan in the fall of 1962, Prescod established and headed a formal Friends of SNCC group there. That semester, at the request of Bob Moses, this group collected food and medicine for Mississippi residents who had been kicked off their plantations for trying to register to vote. Two Michigan State students, Ivanhoe Donaldson and Ben Taylor, drove the vanload of supplies to Mississippi. As soon as the two young men arrived, they were arrested, and then the group’s activities centered on publicizing Donaldson’s and Taylor’s unfair arrest and raising bond money in order to secure their release from jail. The following year, Prescod revived and headed the Detroit Friends of SNCC when she attended Wayne State University for her junior year.

From the time Prescod was a senior in high school, she wanted to join the Black southern student movement, but her parents were completely opposed. Having experienced numerous and various racial incidents herself in her hometown of Providence, Rhode Island, she was looking for an opportunity to work against racial discrimination and oppression. She waited until she turned eighteen and overriding her parents’ objections, she went south in the summer of 1963 volunteering on SNCC projects in Albany, Georgia and Greenwood, Mississippi.

She remembers the circumstances surrounding the Danny Lyon’s Mississippi picture of her, Mike Miller and Bob Moses above as different from the voter registration caption given. Her recollection is that they were going to Ruleville, Mississippi to take an affidavit from a movement family whose home had been shot up the day before, and they stopped to ask another movement couple, pictured in the photo, if the family they were going to see had remained in their home or moved in with a relative nearby in order to figure out which direction to go. In the summer of 1963, it was too dangerous to canvass in Mississippi in integrated groups. Miller, not only worked in the SNCC office, but also actually lived, slept and ate there for his own safety.

After completing her undergraduate studies in December in 1964, Prescod worked in Selma, Alabama for a little over a year. On some occasions she traveled to and occasionally stayed in adjoining Wilcox or Lowndes Counties.

As a woman, Prescod remembered the movement years as one of the most empowering periods of her life. Participating in these historic events led her to develop a lifelong interest in history, as well as a lifelong respect for the courage and determination she witnessed on the part of her SNCC compatriots and the thousands of Black southerners who stepped forward to create and sustain the Southern Freedom Movement.

She went on to be a homemaker, a community organizer, and to collect and tell movement stories through retrospective conferences, presentations and writings.