Michael Thelwell directed SNCC’s office in Washington D.C. during Freedom Summer. However, “I wanted to be a field organizer,” Thelwell remembered, “I wanted to wear blue jeans and run from the sheriff and do all the romantic kinds of things.” But he never made it down to Mississippi. He was intercepted by MFDP chairman Lawrence Guyot, at a meeting in Atlanta. “Mike, [you’re] just the man we’re looking for,” declared Guyot, “We’re challenging the Mississippi congressmen; you’ve got to go back and start the office, Thelwell recalled “So I had to turn around and go all the way back to Washington.”

Much of the Washington liberal political establishment was unsympathetic because of the MFDP’s rejection of the compromise offered at the Democratic National Convention. “We were absolutely persona non grata and the pariahs of beltway politics,” remembered Thelwell. 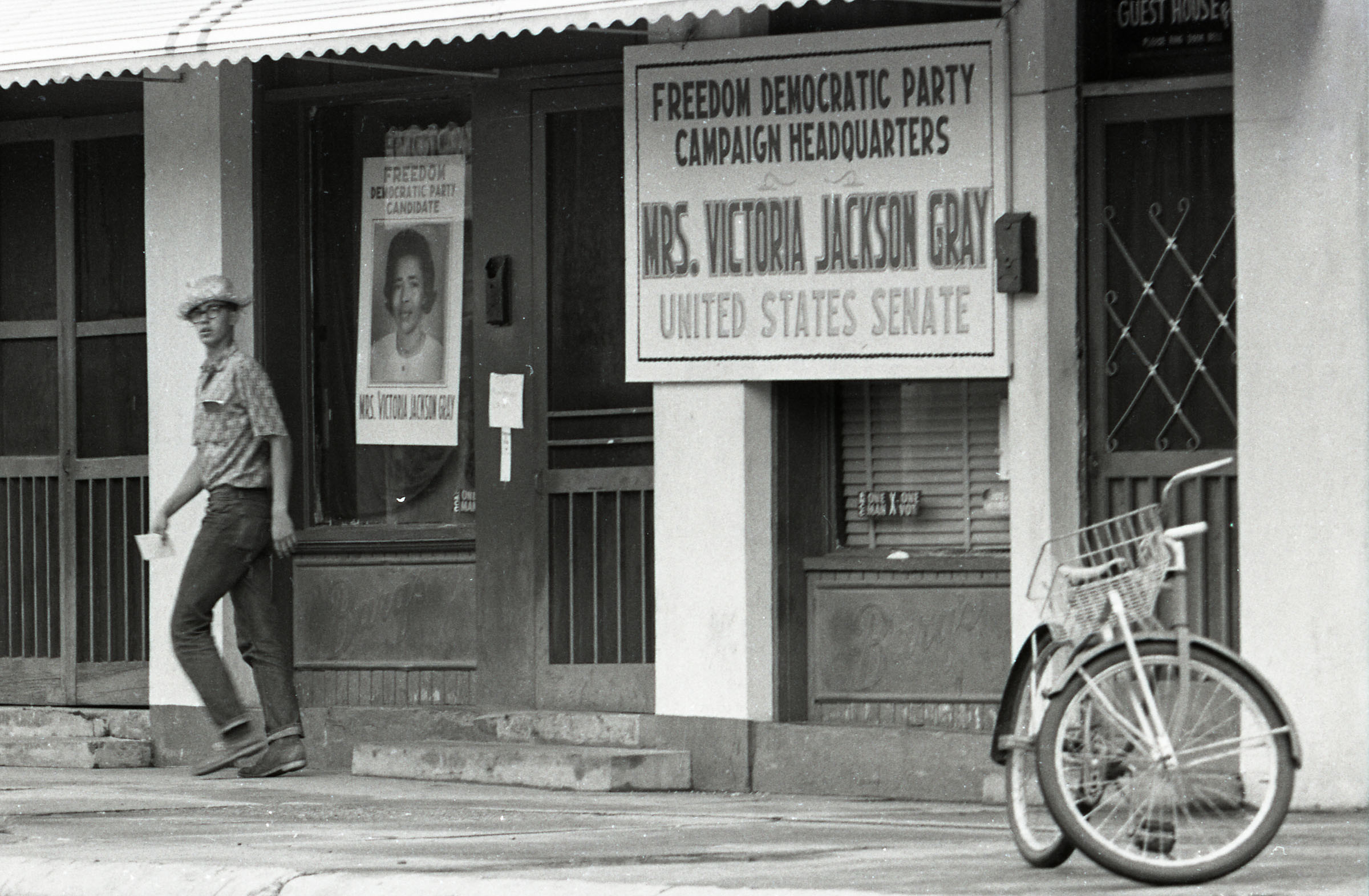 While the MFDP was organizing the Freedom Vote campaign in Mississippi, Thelwell and Jan Goodman of the Washington office tried to drum up support for the challenge. It was difficult at first. Congress was out of session and former liberal allies like Joe Rauh “were no longer even talking to us,” remembered Stokely Carmichael.

The MFDP nonetheless persevered. Party officials reframed the challenge. They requested that the House of Representatives vacate the contested seats until new and fair elections could be held. The MFDP now needed to find a congressman willing to stand up on opening day and challenge the seating of the Mississippi congressmen on the grounds that they were illegally elected. That took some effort, but eventually William Fitts Ryan of New York volunteered for the job.

When Congress convened on January 4, 1965, the MFDP brought up five busloads of Black Mississippians for the occasion. That morning, the MFDP delegation lined up in the underground passage that connected the House office buildings with the Capitol. As the congressmen and their aides made their way to the opening ceremony, they passed through two lines of silent Black men and women. The congressmen were visibly affected by the presence of the Mississippians, who were no longer “an abstract statistic,” but living, breathing human beings. 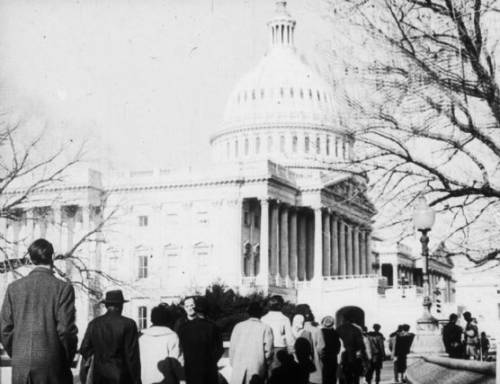 When the House convened, Ryan jumped to his feet to challenge the seating of the Mississippi congressmen. Some sixty other members from both parties rose in support. The challenge went to a roll call. In the end, 149 congressmen supported the Congressional Challenge, and the Mississippi regulars were not seated. Each side was allowed 40 days to gather evidence to support their case.

This was unprecedented. The MFDP was given the power of subpoena to gather the testimonies of white public officials in Mississippi for their case. “We subpoenaed the Mississippi members of Congress, the head of the state Democratic Party, and the former governor,” explained SNCC’s Mary King. Ironically, these distinguished political figures had to come into the Black community to have their depositions taken. They even addressed Black folks with courtesy titles, breaking a social norm that went back to the earliest days of Jim Crow.

The Mississippi regulars were eventually seated, but a change in relationships that had begun with the Atlantic City challenge was evident. “It shook them. It really shook them,” recalled Victoria Gray. “That vote just really turned things upside down.”

Cleveland Sellers and Robert Terrell, The River of No Return: The Autobiography of a Black Militant and the Life and Death of SNCC (Jackson: University of Mississippi Press, 1990). 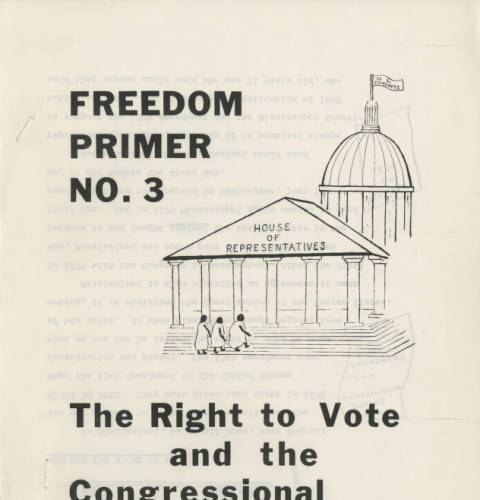 “Freedom Primer no. 3: The Right to Vote and the Congressional Challenge,” 1964, R. Hunter Morey Papers, WHS 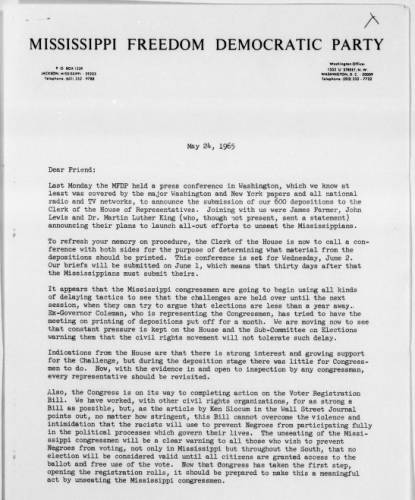 Letter from Lawrence Guyot regarding submitting depositions to the House of Representative, May 24, 1965, MFDP Records, WHS