When Roberta “Bobbi” Yancy enrolled in Barnard College in 1959, she was one of only two Black students in her class. “I was an integration,” she recalled, but despite the racial isolation on campus, Yancy found a vibrant world of Black culture and movement activity in surrounding New York City. She often volunteered at SCLC’s New York office headed up by Jack O’Dell. When the student sit-ins rippled across the South during her second semester, Yancy joined picket lines at the local Woolworth’s and other chain stores targeted by the sit-ins.

During her sophomore year, Yancy helped organize a Race Relations Committee on campus “to study Barnard’s position in regard to integration and discrimination problems in the South.” As the group’s chairperson, Yancy became enmeshed in the rising tide of student activism nationally. In late 1961, she spearheaded a regional civil rights action conference that laid the groundwork for continued northern student activism. Peter Countryman, the founder of the Northern Student Movement (NSM), attended the conference, as did SNCC’s chairman Chuck McDew, who encouraged attendees to support SNCC’s work in the South.

Yancy’s involvement with the Race Relations Committee taught her invaluable administrative and organizing skills that she brought south when she started working as a campus coordinator for the YWCA in 1962. “Basically what we were doing,” explained Yancy’s white colleague Mary King, “was trying to identify students in campuses in about ten southern states, who were probing kinds of students, asking questions.” The duo organized clandestine meetings between Black and white students as well as sponsored intercollegiate conferences that brought student groups together. But overall, their work was severely limited by the oppressive racial climate that dominated southern college campuses.

However, since the YWCA project was based out of Atlanta, Yancy often rubbed shoulders with SNCC people, some of whom she had known since her time at Barnard. She joined SNCC’s staff in 1963, serving as both a campus coordinator and a conference organizer. One of her first SNCC tasks was to organize a three-day leadership training institute at Howard University. Drawing on SNCC’s organizing experience in the rural South, the conference focused on the economic exploitation of poor Black southerners. “Machinery is replacing the Negro sharecropper,” read SNCC’s advertising letter for the conference. “We must now carefully outline programs to house, clothe and feed our nation’s dispossessed.” The conference, which featured James Baldwin and Bayard Rustin, was a harbinger for SNCC’s organizing around Black economic power in the mid and late 1960s. 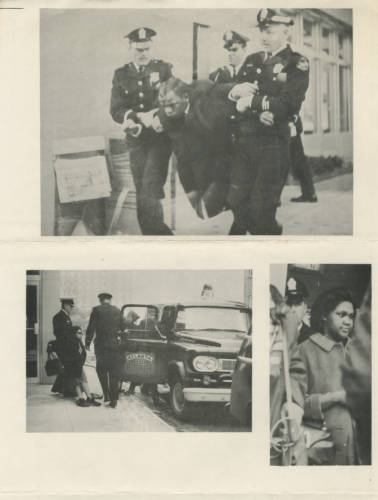 Photograph of Bobbi Yancy (bottom left) being arrested during a demonstration at the Toddle House in Atlanta, Georgia, 1963, Mary King Papers, WHS

Yancy’s role in SNCC was largely administrative, but she also participated in direct action protests in Atlanta. One time, Yancy and fellow female staffers staged a sit-in at SNCC’s Atlanta office in protest of the fact that women almost always took the minutes at organizational meetings. Yancy was also involved in SNCC’s on-going protests against Toddle House restaurants and their parent company, the Dobbs Corporation. She, Prathia Hall, and Lillian Gregory all bought stocks in the corporation before staging a sit-in a Toddle House in Atlanta. They were refused service, despite being part owners, and spent the Christmas of 1963 in jail. The protests gained national attention, and within weeks, the Dobbs Corporation agreed to desegregate its businesses.

In 1964, James Forman asked Yancy to head up SNCC’s fundraising efforts in New York City. She worked closely with a group of professional fundraisers, using innovative techniques such as direct mailings, dinner parties, and benefit concerts, to raise money for SNCC. Yancy remained with SNCC until 1968, working behind the scenes to ensure that the organization ran smoothly and that people in the field were able to do their jobs. Her administrative talents eventually led her to a leadership position at the Schomburg Center for Research in Black Culture in New York City. 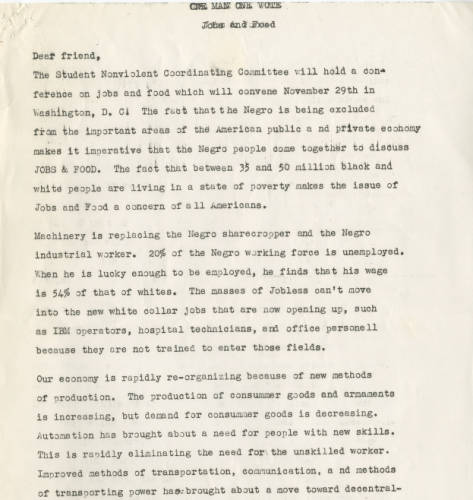 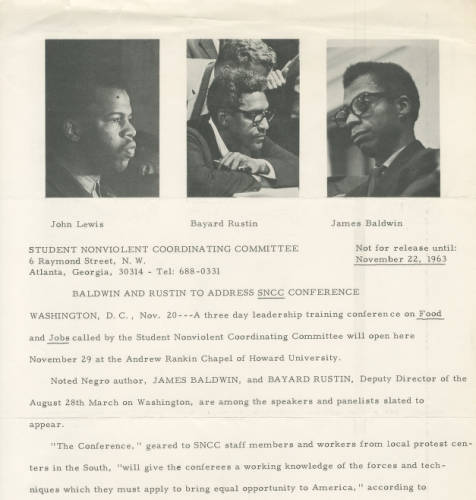 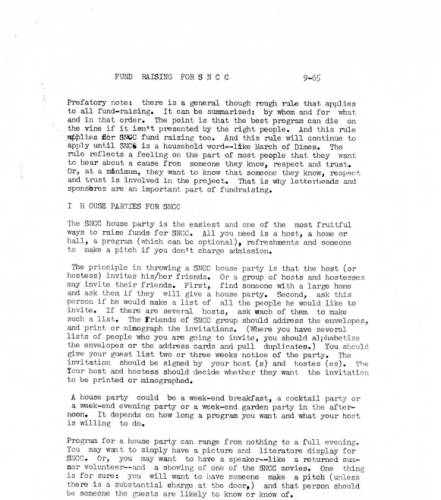